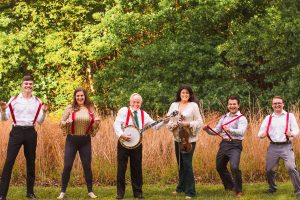 The U.S. Navy Band Country Current, including local member Danny Stewart Jr. (top, second from right), as seen during their 2019 performance at the NEPA Bluegrass Festival, will be among the headline performers again this year. The Little Roy and Lizzy Show (above) are also among acts who will be returning to the event, which runs from June 2 to 5.

The NEPA Bluegrass Festival will return to Lazy Brook Park in Tunkhannock Thursday, June 2 and run through Sunday, June 5. Fans of live bluegrass music will find familiar names on the bill, as well as some musicians making their debut at the event. This is the 15th year that Danny and Christa Stewart of Wyalusing have brought the festival to Tunkhannock. Free camping is available for those purchasing weekend passes in advance online.

The Stewarts were able to welcome festival goers back in 2021 after having to cancel the event in 2020 due to the pandemic. “It was so nice to see everyone again, and we hope you have all stayed safe and healthy,” Christa stated. “Our band line-up this year might be our best ever, and there are lots of new food and craft vendors.” Grovedale Winery and Paige Capo have stepped up as this year’s Gold Sponsors.

From Friday through Sunday, acts are lined up on both the traditional (main) stage and the progressive stage that sits alongside Tunkhannock Creek, which meanders around the park and provides both recreation and great photo backdrops. On Friday and Saturday, the musical fun starts on the main stage right after breakfast and runs well into the evening on the progressive stage. Sunday’s music begins with a gospel singalong and continues into the afternoon. 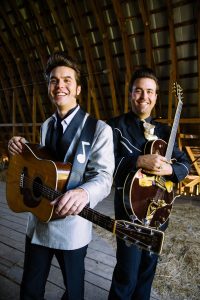 The Malpass Brothers (above) are making a triumphant return to the main stage after taking on a heap of new fans at least year’s festival. Their classic country style caught the attention of Doyle Lawson, who produced their most recent album. They like to mix it up when they are on stage, delivering a repertoire of classic country, bluegrass, and gospel – both covers and original compositions. They’re known for mingling with the audience between sets to take requests.

The Little Roy and Lizzy Show are venerable favorites who never fail to wow audiences with their undeniable musicianship. Lizzy plays the fiddle, banjo, guitar and resonator banjo. She has won the Bluegrass Song of the Year several times as a solo artist and on duets with Rhonda Vincent and Ty Herndon. Little Roy, who plays banjo, guitar and autoharp keeps audience members tapping their toes and laughing. His singing, picking, storytelling, and jokes make him a well-rounded entertainer that everyone remembers. 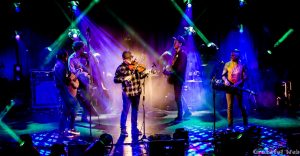 Lorraine Jordan of Carolina Road (above) is regarded as a “Lady of Tradition” on the bluegrass circuit. Her abilities on the mandolin and guitar and her soaring voice has prompted critics to suggest that she not only thinks outside the box, she builds new boxes. With her handpicked band of some of the best musicians from the Carolinas, she consistently tops the National Bluegrass Charts with songs and albums. Their hit “Bill Monroe’s Ol’ Mandolin” was lodged at #1 for four months.

Danny Paisley & the Southern Grass will be playing old favorites in addition to new songs from their “Bluegrass Troubadour” album. They are known for their intensely traditional sound, blending instrumentation and vocals to convey a timeless energy and emotion. Southern Grass was founded by Danny’s father, Bob Paisely, who passed away in 2004, and Danny has made a commitment to fans to stay true to the sound that has garnered them 15 Bluegrass Music Award nominations.

Born into serious bluegrass stock in Harrison, VA, Larry Stephenson has been headlining festivals and concerts for more than 30 years, in addition to performances at the Grand Ole Opry and on RFD-TV. While he is best known as a touring musician who made fans among his peers and brought many gifted up-and-comers into the spotlight, he and his band members have also recorded dozens of hit albums. His father put a mandolin in his hands when he was five, and he cut his first record at the age of 11. They don’t often come more experienced than that.

Mason Porter is a four-piece band will be doing two sets on the Progressive Stage along Tunkhannock Creek on Friday night, where they will deliver their highly-danceable, unique style of American music that draws on their varying roots in bluegrass, folk and rock music. Members include lead singer and mandolin player Joe D’Amico, guitarist Paul Wilkinson, bassist Tim Celfo and Josh Steingard on drums.

Country Current is a seven-piece ensemble of musicians from diverse backgrounds with high-profile recording and touring experience, including Wyalusing High School alum Danny Stewart Jr. on bass. Formed under the U.S. Navy Band, the group has shared the stage with bluegrass luminaries like Rhonda Vincent, Little Roy Lewis, and the Lonesome River Band. They play regularly for U.S. presidents and for appreciative crowds abroad. This marks their third appearance at NEPA Bluegrass.

The Plate Scrapers are as unique as their name, derived from a pickin’ party that involved delicious food, some libations, and good friends. Newer to the scene, having formed in 2014, they refer to their fresh approach to folk and bluegrass with influences of jazz and rock as Jamgrass. They already have six albums under their belts, with the 2020 release “Destination Horizon” still making its way up and down the Billboard Bluegrass Charts.

In addition to music on the Main and Progressive stages both Friday and Saturday, there are many ongoing activities for family members of all ages, as well as shopping opportunities and delicious food at both ends of the park. Those new to the NEPA Bluegrass experience should be prepared to relax as they take in nature, great music and the friendship of like-minded people.

Tickets can be purchased online at www.nepabluegrass.com, and regular updates are posted on the NEPA Bluegrass Festival Facebook page. Free camping is available only for those who purchase full weekend passes in advance, but guests who buy a weekend pass at the gate may camp at an additional fee. Day passes are also available.