In: Wyoming County
With: 18 Comments 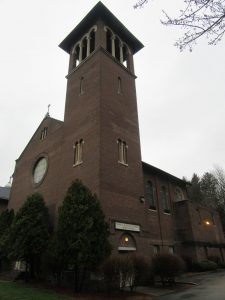 Paperwork filed in the Wyoming County Register & Recorder office this week indicates that the imposing structures along Rt. 92 in Falls Township most recently know as EIHAB Human Services have been sold. The deed dated Jan. 16 shows a transfer of ownership between EIHAB, Inc. of Springfield Gardens, NY, to Symba Capitol, LLC, of Cedarhurst, NY, at a cost of $1,684,140.

In 1913, the Catholic Diocese of Scranton purchased 140 acres from Francis and Mary McCanna of Pittston for $9,700 to build the Industrial Home for Boys. In December 2011, EIHAB paid $1,692,000 to the Diocese for the campus structures and 93.14 acres immediately surrounding what had been St. Michael’s School for Boys. At that time, the Diocese of Scranton retained 265 acres of the original 358 acres.

In the spring of 2017, EIHAB proposed to then commissioners Tom Henry, Judy Mead, and Ron Williams the opening of a drug and alcohol treatment center for teens, which they supported. By June of that year, EIHAB had begun admitting residents on pay basis because the facility still lacked clearance to use insurance plans to cover treatment costs. That clearance never came.

Wyoming County Commissioner chair Rick Wilbur said that he is not sure yet who the actual buyer is, suggesting that Symba is a holding company or brokerage, perhaps a new subsidiary of Symba Management Corporation, which shares the Cedarhurst Avenue address.

“I don’t have that many details except that its going to be a Jewish summer camp,” Wilbur noted in an email sent to local media outlets. The best news, he added, “It will be a for-profit enterprise, meaning property taxes will be paid and jobs will be created.”