In: Area Snapshots
With: 0 Comments 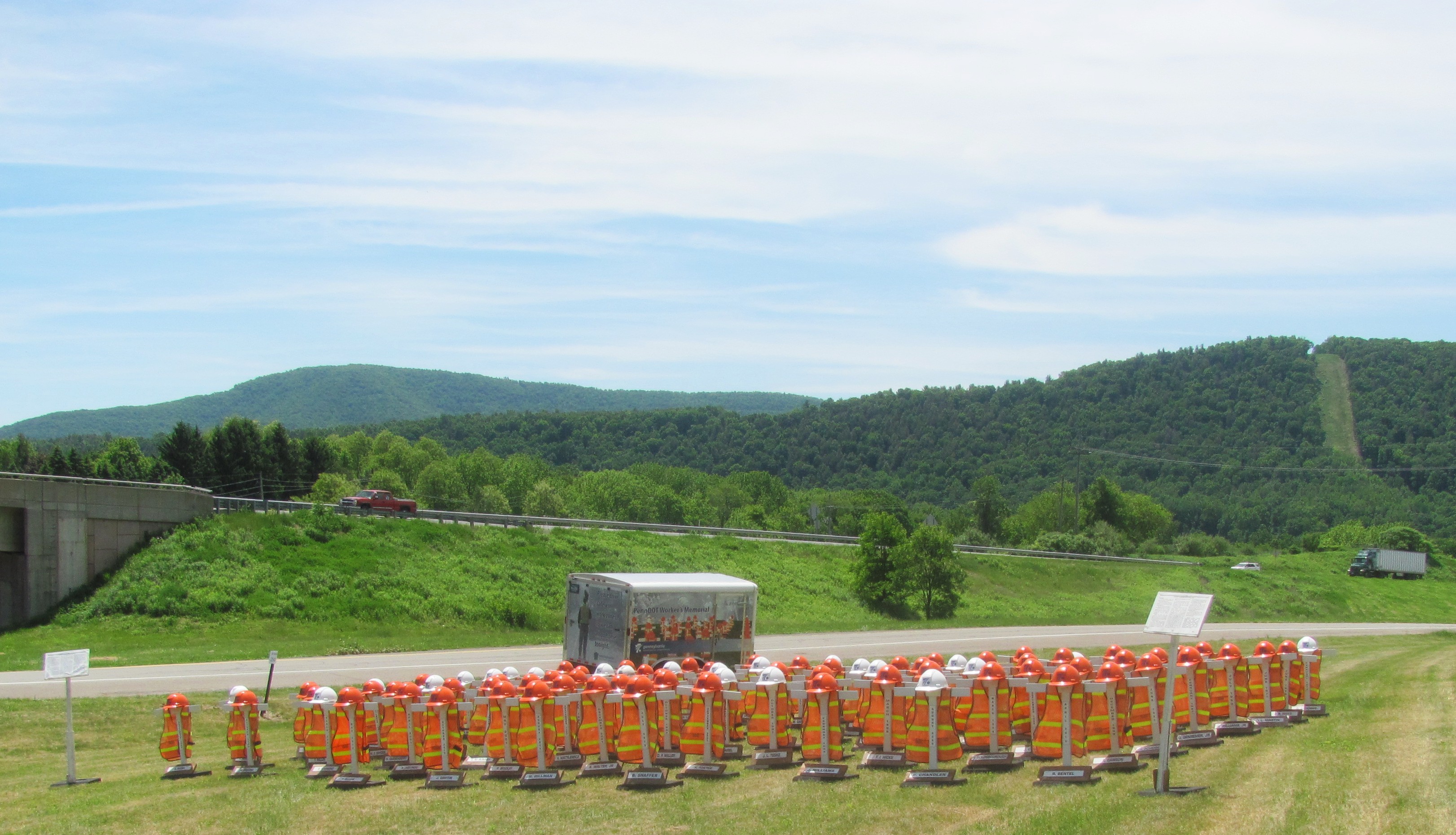 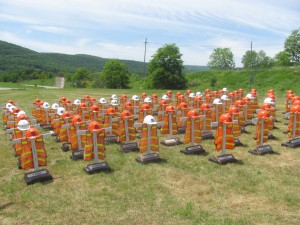 PennDOT District 4 erected a memorial to 84 highway workers who have lost their lives while working in construction zones across the state since 1970.

Hardhats, orange vests and the names of the fallen were affixed to white crosses and placed in lines on a freshly mowed patch of grass at the intersections of Business Route 6 and the Route 6 Bypass just west of Tunkhannock on Wednesday morning.

The traveling memorial was originally constructed by PennDOT highway foreman Ed Moore in the Milan area in Bradford County, which is part of District 3.

The memorial is meant not only to honor those who have lost their lives, but also to remind passing motorists to slow down in work zones, which are especially prevalent during summer months.

At Tunkhannock, two copies of a letter written to a Danville newspaper in 2001 flanked the display. In the letter, Montour County PennDOT employees questioned how the $25 fine for the reckless driving that resulted in the death of one of their coworkers was justified.