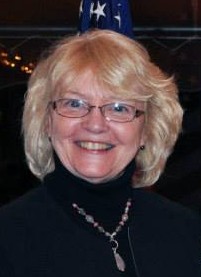 Rep. Tina Pickett’s office has announced that, for the third year in a row, nearly $25 million in impact fee revenue for local counties and municipalities across the 110th District. The funds to be distributed to Bradford, Sullivan, and Susquehanna Counties are intended to help relieve effects caused by drilling operations within the Marcellus shale.

“When we passed the impact fee law in 2012, we wanted the majority of the revenue to go back to the areas dealing with the biggest impact from the drilling, and that is why our area along the Northern Tier consistently ranks among the highest in impact fee revenue in the entire state,” Pickett stated. “Our residents are the ones who live here and deal with the effects of drilling every day, and as a result, it’s only fair that the majority of this revenue benefits our local area.”

The impact fee revenue is collected by the Pennsylvania Public Utility Commission (PUC), which announced the statewide and municipal totals. The fees, as outlined by Act 13 of 2012, are paid by drilling companies and are not charged back to landowner royalty payments. They are based both on the production and age of a deep well. Sixty percent of the total impact fee revenue is divided among municipalities with drilling activity, while the remaining 40 percent is collected for statewide uses. Local counties also see a share of that money.

The following impact fee revenue amounts were announced for the three counties and their eligible municipalities that are part of the 110th District:

“Our local entities are using this revenue for a variety of uses, including road and bridge upgrades and repairs, affordable housing, human service needs, along with ensuring that environmental protections are met,” said Pickett.

In addition, impact fee revenue that is directed to state government will help to enforce clean air and water statutes; to plan for emergencies; to develop, deliver and sustain training and grant programs for first responders; and to help transition traditional fuel-powered vehicles to clean natural gas.

For the past three years, a combined total of more than $80 million has been given to county and municipal governments in the 110thDistrict for a variety of uses.