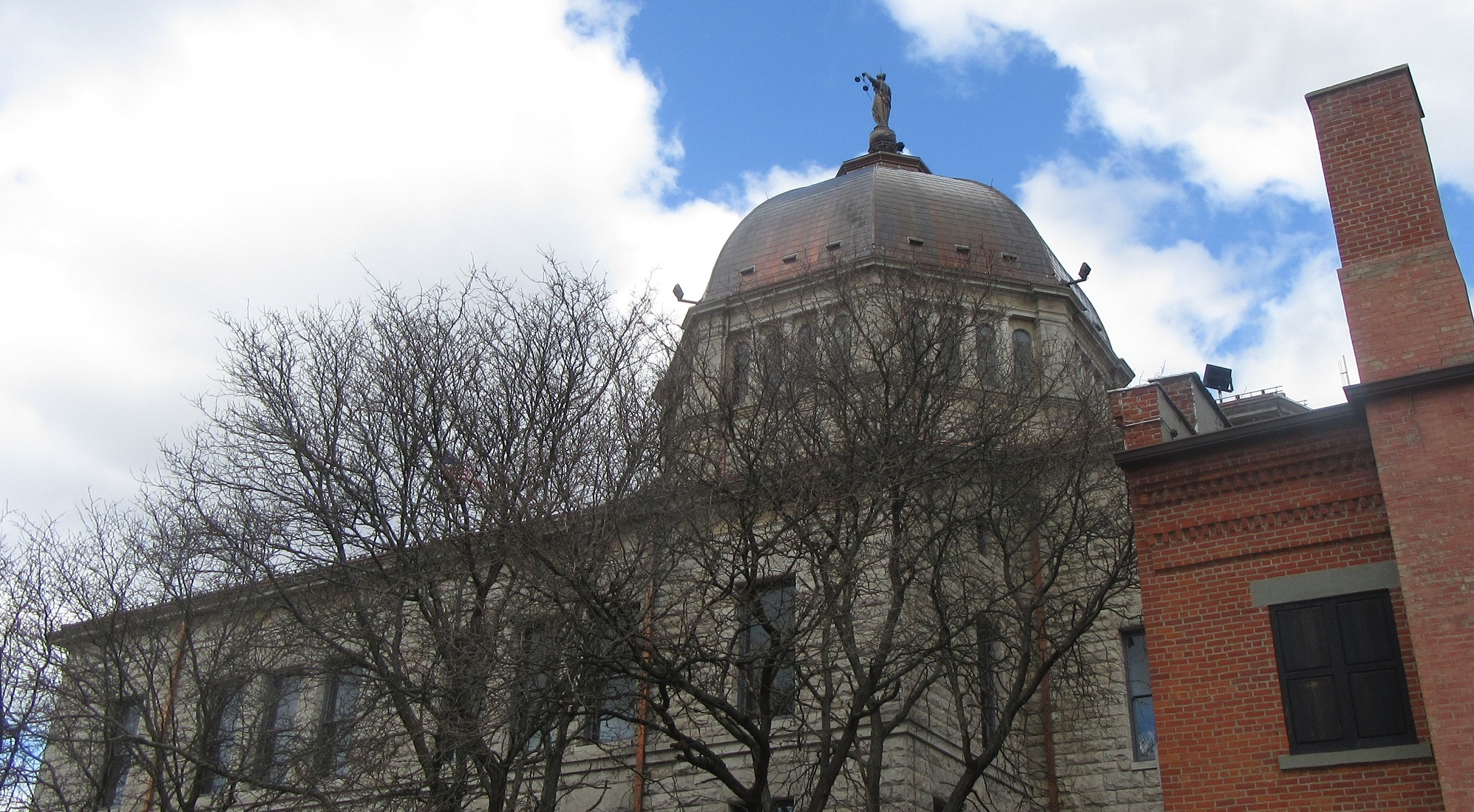 The Nov. 19 meeting of the Bradford County Commissioners was originally slated to be held at the Troy Sale Barn, but members of the media received news on Tuesday that the in-person meeting had been scrubbed due to possible Covid exposure in the commissioners office. The brief meeting this morning was instead held virtually with the commissioners participating from their homes and other county employees from their respective offices.

An unnamed courthouse employee received a positive test result for coronavirus on Nov. 16, and employees who had been in direct contact with him were sent for testing and are now awaiting their individual results. In an email sent to the media by chief clerk Michelle Shedden after the meeting, it was disclosed that the employees who had been in contact with the man included her and the three commissioners.

“The commissioners and I were in a closed room with this person without masks on Nov. 6,” Shedden explained. “As a precaution, all three commissioners and myself went for a test after we received the news. We felt that it was important to have our office, as well as offices that we have close contact with on a daily basis cleaned and disinfected.”

According to commissioner chair Daryl Miller, the affected employee had minimal contact with the public. It was assumed that he had been in contact with another positive Covid person on Nov. 5, after which the employee got a negative rapid test result. The results from a PCR test, however, which tests for active Covid in the system, came back positive.

Miller confirmed during this morning’s meeting that the courthouse in Towanda remains open for business. All operations are running as they were under CDC guidelines. “The courthouse is constantly being cleaned throughout the day with sanitizing of all commonly touched surfaces,” Miller stated afterwards via email.

The original employee, who was asymptomatic, is back at work. “When the PCR test result came back on Nov. 16,” Shedden wrote, “the person had already passed the 10-day quarantine period and, according to CDC guidelines, he is free to return to work.”

At the Bradford County Manor, two new staff members have tested positive, and there are two active cases at the facility. “Everyone else is considered recovered,” said Trisha Pratt, director of nursing at the Manor.

Official business of the commissioners today included the approval of $87,875 in Room Tax grants to non-profit organizations for a variety of projects and event promotion. Big winners this year included the Bradford County Regional Arts Council and Troy Sale Barn, each receiving $9,000. The Sayre Historical Society and Bradford County Historical Society both garnered $8,000.

The commissioners approved an agreement with the Central Bradford Progress Authority to develop a feasibility study for the consolidation of municipal services for Athens Borough and Athens Township at a cost of $15,000. Progress Authority vice president of community development Chris Brown said that a mix of in-house staff and contractors will look first at consolidating the police forces for the two municipalities and then other municipal services. A building formerly used by Williams Companies is being considered for new joint offices. According to Brown, it is hoped that the study will be completed within three months.