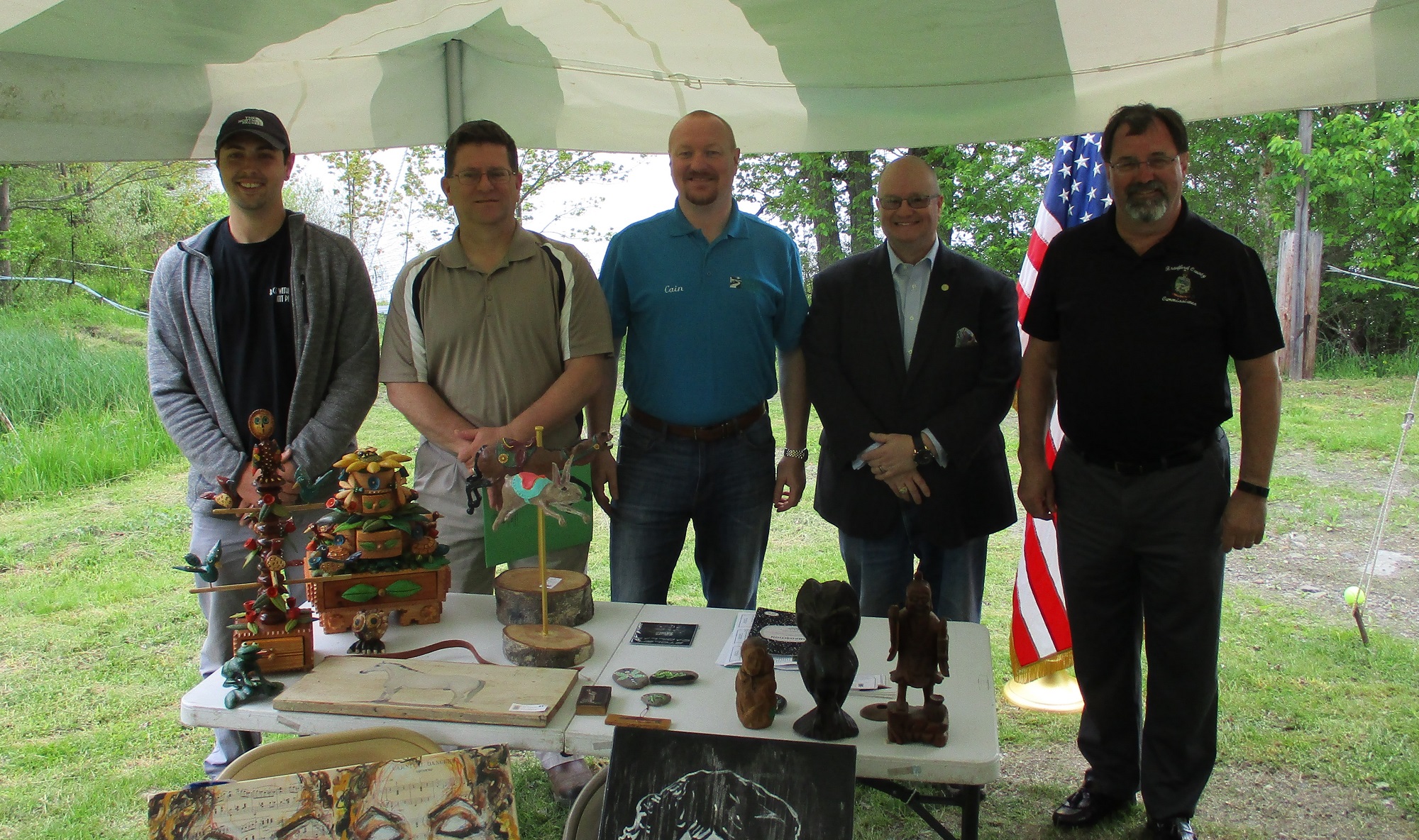 The Bradford County Commissioners held their regular public meeting at Cooks Pond County Park in Orwell Township on May 23 to draw attention to a unique collaboration with the Endless Mountains Heritage Region and the Kitson Arts Alliance to showcase Bradford County parks throughout the summer months. Events are scheduled at Sunfish Pond on July 6, Larnard-Hornbrook Park on July 27, and Round Top Park on Aug. 10. Each will highlight aspects unique to the respective venue and feature live music, heritage displays contests and a wide variety of arts.

After moving through a light agenda of county business, the commissioners reported that the primary elections with the new voting machines went well after some morning “hiccups.” Commissioner Ed Bustin (below, right) expressed disappointment that voter turnout was especially low at about 29 percent. “If you’re not paying attention to your local representatives, I don’t think you understand the process,” he stated. 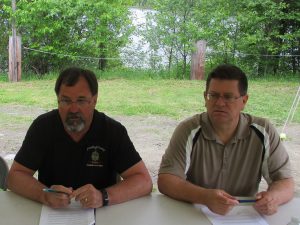 “Voter turnout was low, but that’s why we rolled out the system when we did,” commissioner Daryl Miller (above, left) remarked. “All of the things that were an issue will be addressed (before the November election).”

A Great Summer to Visit the Parks 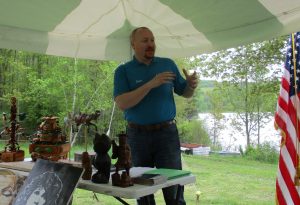 The meeting was then handed over to Endless Mountains Heritage Region (EMHR) executive director Cain Chamberlin (above), who provided details about the Bradford County Summer Parks Series with help from Patrick Robinson (below), cofounder of the Kitson Arts Alliance (KAA). Representatives from several of the featured parks, as well as Bradford County park maintenance personnel were also in attendance. 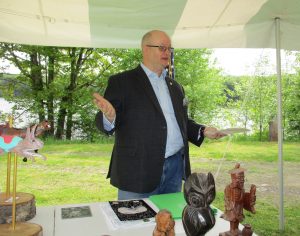 Each park event will feature demonstrations and varied art displays by KAA members, hands-on activities conducted by the EMHR, and a cornhole tournament.

Activities at Sunfish Pond County Park on Saturday, July 6 will begin at 10 am and include the Sunfish Shuffle Run, a kids fishing derby, kayaking demonstrations by Endless Mountains Outfitters, wildlife exhibit by Tanglewood Nature Center and live music by Farm Dog Duo and Zingology Combo. Other highlights will include a historic display by the Leroy Heritage Museum and rock painting for kids.

The Saturday, July 27 celebration at Larnerd-Hornbrook Park will feature a presentation by Second Chance Wildlife, a martial arts demonstration by the EDGE Fitness, kayak demonstrations by EMO, and a screening of the family-friendly ecologically-themed film “The Lorax.” Live music will be provided by the JP Williams Blues Band, and exhibits and programs will be conducted by the Bradford County Historical Society, the Wyalusing Valley Museum and the Endless Mountains Primitive Outdoorsmen.

Highlights of the Saturday, Aug. 10 event at Round Top Park in Athens Township will include model airplane demonstrations by the Academy of Model Aeronautics and the Valley R/C Model Airplanes Club, a wildlife exhibit by the Ross Park Zoomobile, informational displays by the Sayre Historical Society, Bradford County Conservation District, Bradford County Tourism Promotion Agency, a tick and Lyme disease awareness presentation, and guided hikes of Round Top Park Trails. Guests can enjoy live music by Luke Rae and Sam Krotzer, The Sorters, and by the Dishonest Fiddlers.

Chamberlin noted that it was challenging to coordinate an event focused solely on Mt. Pisgah County Park near Troy this year with the annual Race With a View 5K Run/Walk already scheduled for Sunday, June 23. Nonetheless, he added, conducting an EMHR activity at the park in the near future remains high on the list of EMHR priorities.

Though the KAA represents and supports artisans in a growing number of counties, Robinson admits that he is a Wyoming County guy at heart. He said that he was “blown away” by the parks in Bradford County and wishes that Wyoming County had one. Chamberlin noted that the EMHR hopes to duplicate the Summer Parks Series in Sullivan, Susquehanna and Wyoming counties. In the meantime, he noted, more details on precise times, food vendors and continuous updates on activities can be found on the Endless Mountains Heritage Region Facebook page.

The commissioners took some time to discuss progress at Cook’s Pond County Park (below), which was donated to the county and became its fourth park two years ago. Enhancements have been made to the entrance and parking areas. According to Miller and Bustin, future plans include the addition of a pavilion, eco-friendly restrooms and a kayak dock/boardwalk. “Ideally, we’d like to keep it thee way the (Cook’s Pond) Association intended,” said Miller, “Accessible for fishing.” 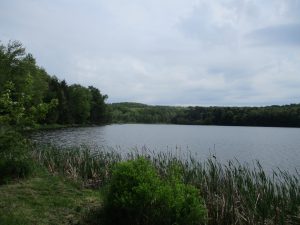 Former Association member Kirk Manchester, whose family has owned the farm adjacent to the pond for the better part of a century, provided and overview of the history of the property, which was a recreational destination for family members of all ages through the years for both fishing and ice skating. State requirements for dams made the Association members reconsider their long term plans and decide to give it to the county. 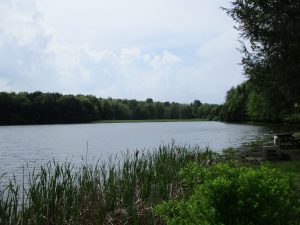 The June 27 meeting of the Bradford County Commissioners will be held at Sunfish Pond County Park at 10 am.