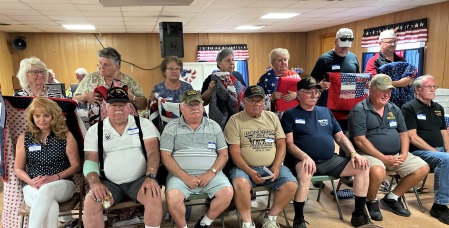 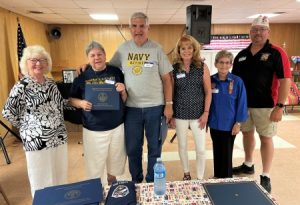 Also honored for their Navy service with certificates of appreciation from the House of Representatives and VFW Post 6824 Auxiliary were (above, second and third from left) Mary and Richard Marjerovic, joined by Stacy Garrity, auxiliary president Anne Eastabrook and Pete Miller. 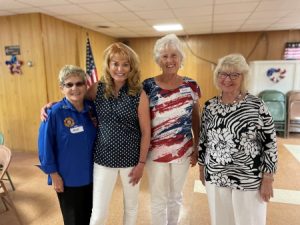 “Not only does the Auxiliary appreciate our veterans, but also those who made the ultimate sacrifice for our nation,” Pickett stated in a press release. Janice Hicks (above, second from right) lost her husband, Robert Platt, during the Vietnam War and was presented with . She received a House certificate honoring her late husband and a U.S. flag that flew over the Capitol in Washington, D.C. Joining them were (from left) Anne Eastabrook and Stacy Garrity. Garrity was also presented with a special House certificate.