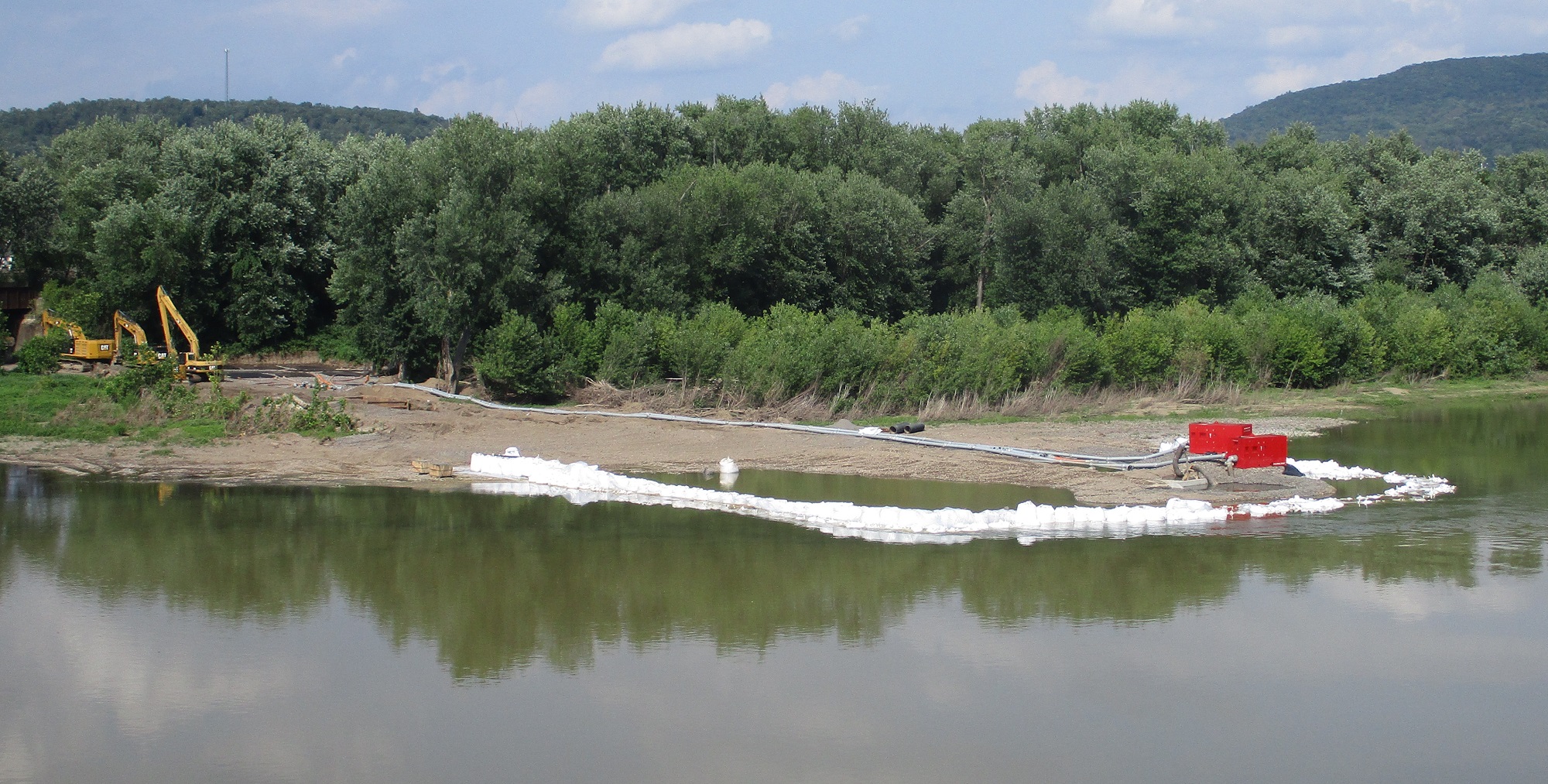 The site of a cofferdam jutting out into the Susquehanna River at the mouth of Tunkhannock Creek and the photos of it that were posted on Facebook last week led to a social media firestorm and confusion between two very separate projects.

A withdrawal line is being installed to supply water to several impoundments in Lemon Township, Wyoming County to provide water for drilling operations and hydraulic fracturing for Cabot Oil & Gas Corporation in Susquehanna County. The topography along Route 29 allows for the construction of a line that is not possible in other most other parts of Susquehanna County, Cabot officials have stated.

The work actually began three to four months ago with the removal of trees adjacent to the railroad bridge just south and east of routes 29 and 6. That’s when rumors surfaced that the work might be associated with renewed plans to construct a silica transfer facility in Tunkhannock Township.

“This has nothing to do with the sand plant,” said Bill Rinaldi of NE Marcellus Aqua Midstream, the company installing the water line. The temporary outcrop is also not a “jetty” as has been misreported, as that term suggests a much more permanent structure that would certainly affect water flow.

In addition to reducing the number of water tankers moving through Tunkhannock, Rinaldi told Tunkhannock Borough council members on April 5 that the company will also install five fire hydrants along Route 29. Triton Hose Company chief Randy White indicated at that time that better access to water at the north end of town would improve the fire company’s capabilities.

The new line should be functional within 30 days, and the structural elements at the river will disappear. Rinaldi deferred additional questions to company lawyer, Frank Tunis.

While that which is currently visible is not related to a sand transfer facility, Moosic-based NE Marcellus is in fact interested in constructing an “intermodal railroad terminal” to move raw product into and out of Tunkhannock. The company sent a letter to Tunkhannock Township officials in June requesting a list of regulations for a stormwater discharge permit. The company is eyeing the same site targeted by D&I in 2016. That company sued the Wyoming County Planning Commission for turning down their construction plans but eventually walked away from the project.