Telecommunicators Honored with Proclamation and Plaque 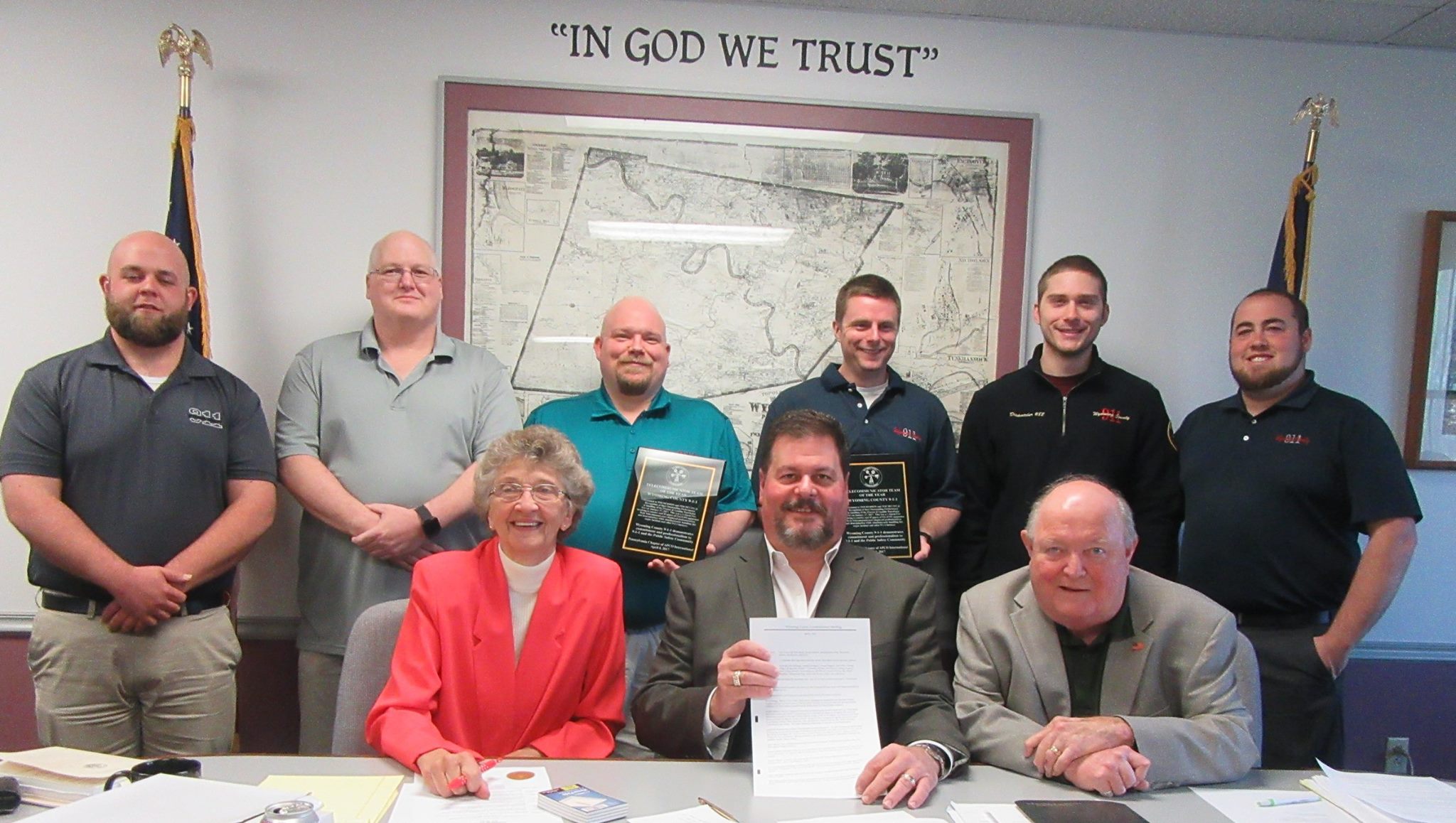 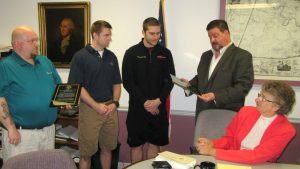 Above photos and Story by Rick Hiduk

April 9 to 15 was National Public Safety Telecommunicators Week, which proved especially poignant at the April 18 Wyoming County Commissioners meeting as two 9-1-1 dispatchers were singled out as recent recipients of a PA Association of Public Safety Communications award. Tim Herron and Tim McCoy were named APCO Telecommunicator Team of the Year for managing an overnight crisis in January when a serious fire threatened to overtake the Exel Warehouse in Washington Township (below). 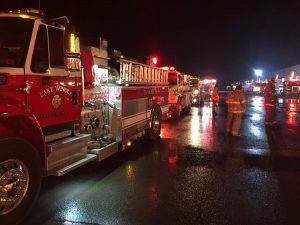 The three-alarm fire on Jan. 17 involved 45 pieces of fire and EMT apparatus from six counties. Herron and McCoy were commended for their display of “professionalism and determination while simultaneously handling this major incident and other 9-1-1 business.” 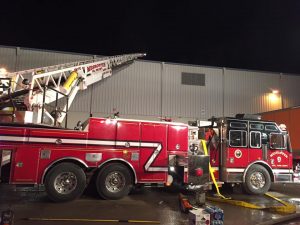 To read more about today’s commissioner’s meeting, including the ongoing confusion over PEMA’s proposed flood property buyouts, check back with www.endlessmtnlifestyles.com.