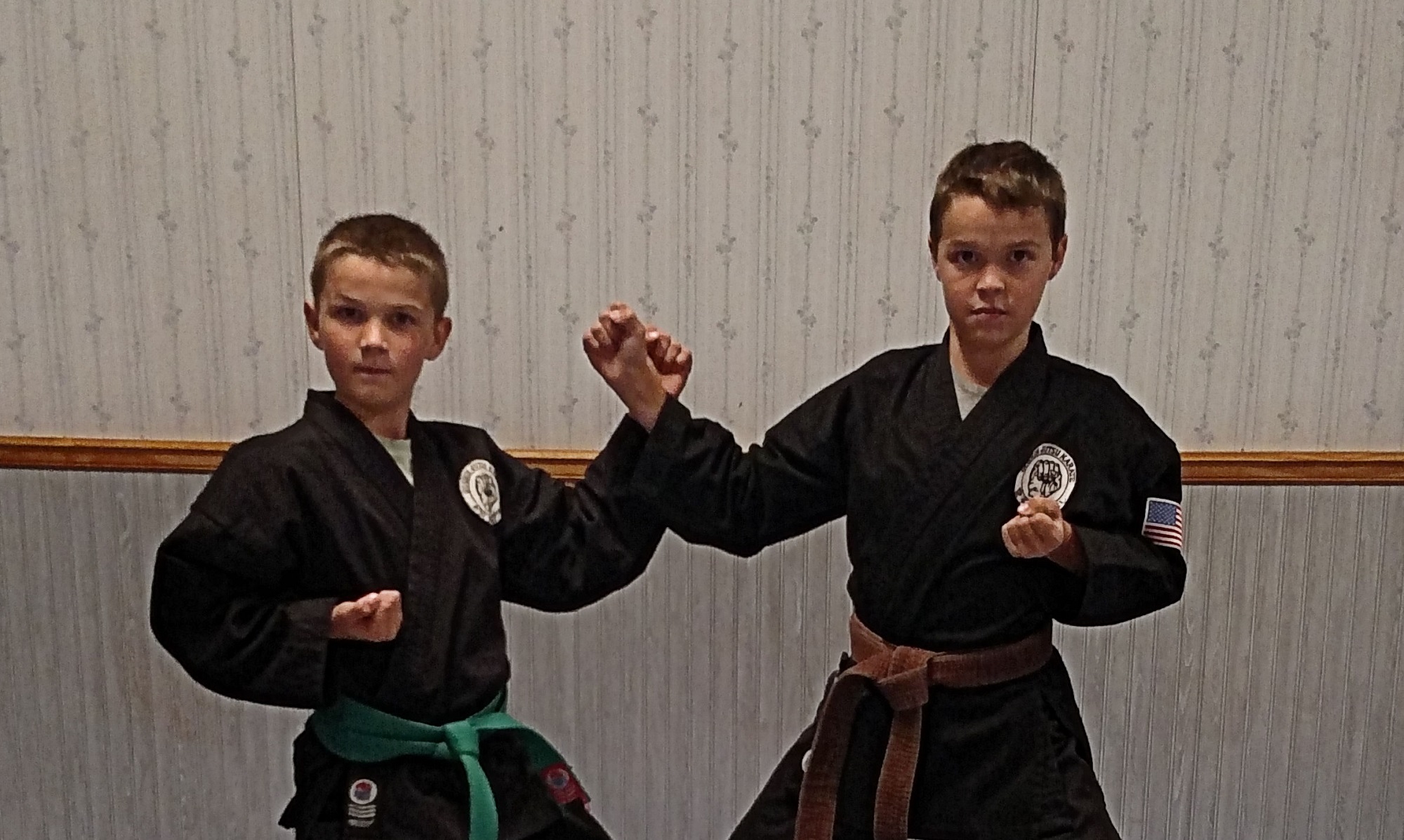 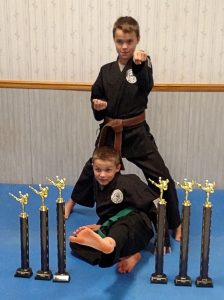 They came, they saw, they conquered.

Muncy Valley siblings, Zane (right and top) and Zander (left and bottom above) Brown, have both studied the Martial Arts since they were 5. Now at 12 and 10 years of age, they put in many hours of training everyday. And it shows.

Zane and Zander brought home six trophies on Oct. 5 from Lenny Young’s Fall Karate Tournament in Bellefonte. The tournament, a staple of competition in North and Central Pennsylvania, celebrated it’s 35th year. Many styles of Martial Arts come together to compete twice a year at the Bellefonte High School.

Zander Brown, the younger of the two brothers, competed in Children’s Green/Blue/Purple division and captured 3rd in Weapons, 2nd in Forms, and 1st in Sparring. Normally quiet, and a bit shy, he’s not someone to take lightly on the floor during a fight. Zane, a Brown Belt, competed in the Children’s Black/Red/Brown Division and captured 1st in every event. His attention to detail and sharpness makes him an outstanding competitor wherever he goes.

Dedication and hard work come naturally to the brothers, who are growing up on a farm in Muncy Valley, Sullivan County. They work out daily with their mom, Krystal Guglielmi, who started her own career in the Martial Arts in 1991 at the age of 13 with Master Clair Black and Master Karen Black of Dushore. Krystal now holds a 3rd Degree Black Belt and is one of the Instructors at Blacks Martial Arts just outside of Dushore.

“It’s a wonderful feeling to be teaching the second generation of students,” says Master Karen Black. The Blacks have been teaching Martial Arts and Goshin Jutsu Karate for over 40 years in the area; currently out of their home in Cherry Township where they have a 1200 square foot studio space.

When they get the chance, Zane and Zander also travel to the Goshin Jutsu Karate School in Williamsport, which is run by Grand Master Joe Brague. Practice and dedication are the foundation of any sport, and these two brothers are proof of that.