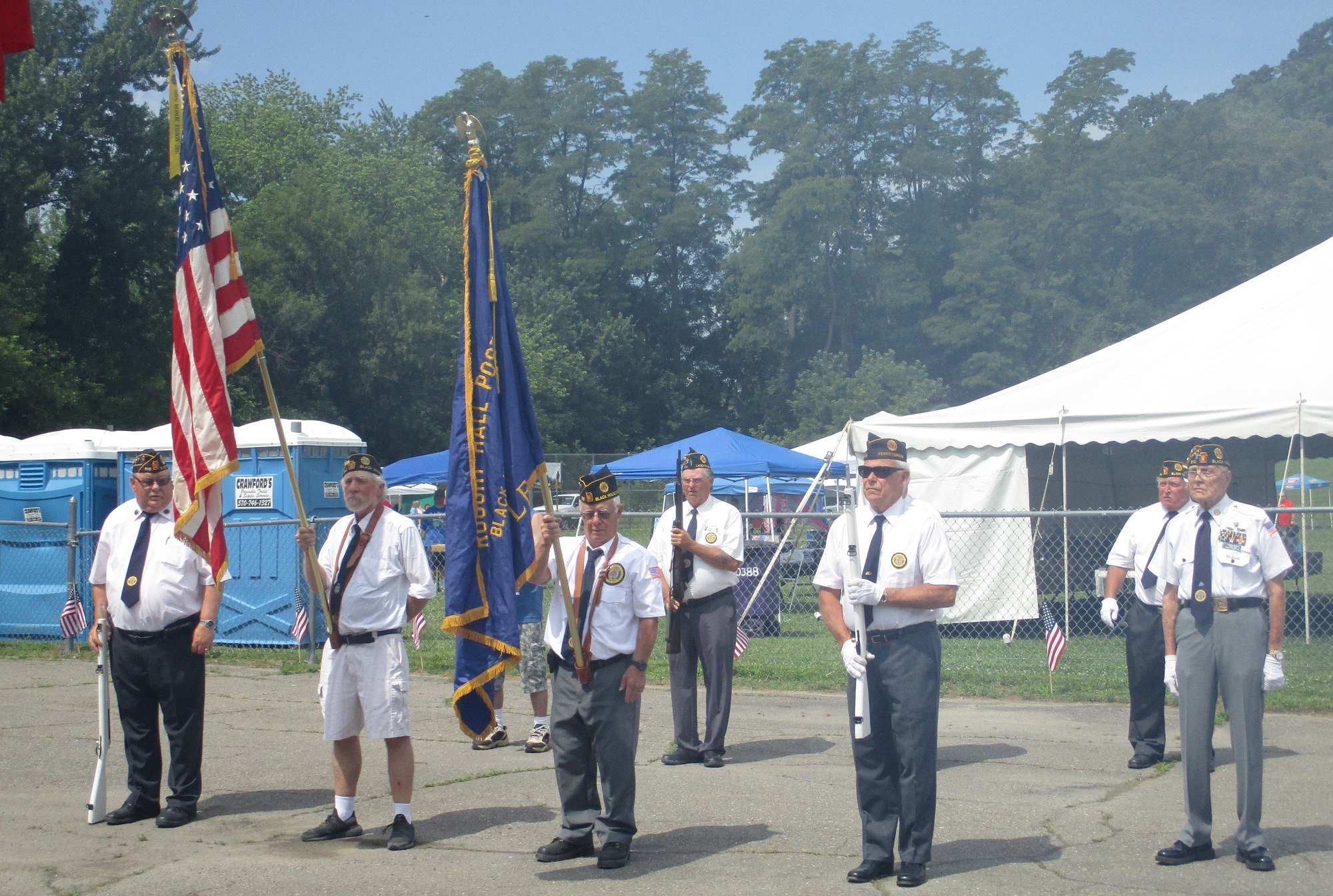 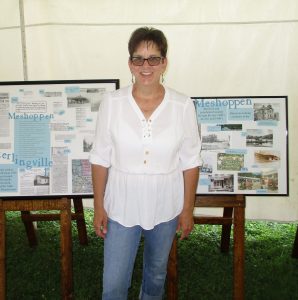 Despite the threat of thunderstorms, which kept the petting zoo and some vendors away, Meshoppen’s Community Day provided entertainment, activities, food and chances to win prizes to residents and visitors alike. A history display curated by Marge Walters (above) included a tribute to veterans, who were also represented by members of the Black Walnut American Legion color guard (top).

(Exclusive to readers of EndlessMtnLifestyles.com) 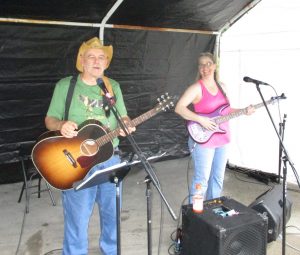 Guests were treated to a mix of cover songs and originals by Farm Dog Duo (above), as well as some scenes from the upcoming production of “the Unsinkable Molly Brown” by the Wyoming County Players and the Little Hams (below). 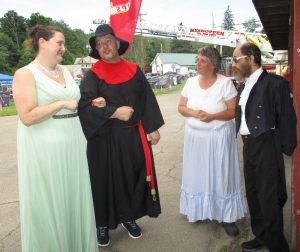 Numerous vendors were spread out across Meshoppen’s Community Park, and kids stayed busy on the new playground, bouncing around in several inflatables or participating in water games. Selling raffle tickets to community supporters like Cynthia Ferris (below, right) were (seated) Debbie Force and Betty Cona. 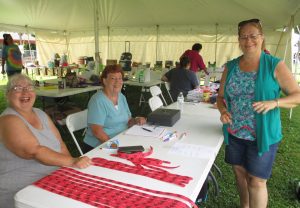 Cheese sampling was the order of the day (below, starting second from left) Maximus Trible, Greyson Ellis, Aurora Trible and Rayleigh Reeve. 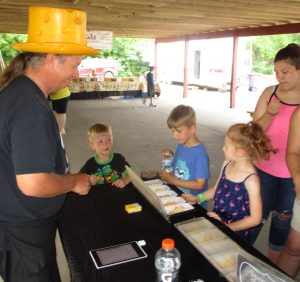 Renne Cona (below) of WerlCo Graphics displays dome of the T-shirts she made for the event. 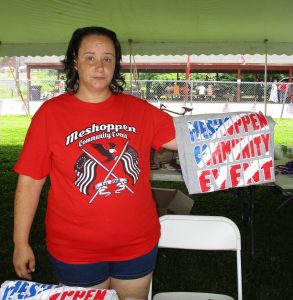 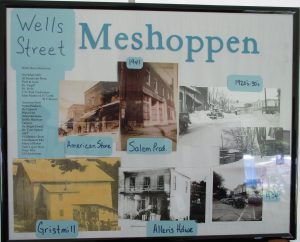 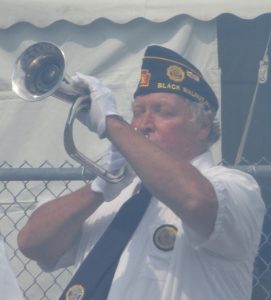