In: Uncategorized, Wyoming County Chamber of Commerce
With: 0 Comments 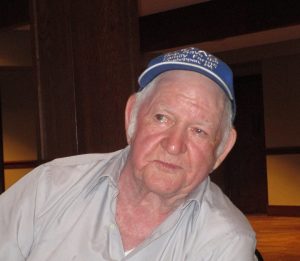 (originally published in the Wyoming County Chamber of Commerce E-newsletter)

United States Sen. Pat Toomey was the key speaker at a Wyoming County Chamber of Commerce luncheon held at Shadowbrook Resort on Sept. 8. Chamber board chairman Matt Austin provided welcoming remarks and introduced the Senator, who told the audience that he had come to Tunkhannock to hear “as much as possible.”

Senator Toomey fielded a wide range of questions from those in attendance. He cited pending legislation that addressed some of their concerns, while his assistant Frank Mazza feverishly took notes and later acquired contact information so that he could follow through on the Senator’s behalf with those who spoke up.

Progressive Agriculture Organization manager Arden Tewksbury brought up the plight of the region’s dwindling family dairy farms and asked what could be done to get whole milk back into schools. Endless Mountains Visitors Bureau executive director Jean Ruhf expressed her concerns about the effects of the COVID pandemic on tourism, especially restaurants and hotels in the area.

Cabot Oil & Gas external affairs manager Bill desRosiers quizzed the Senator on a proposed methane tax and the possibility that Pennsylvania will join the Regional Greenhouse Gas Initiative. PS Bank president Tony Gabello thanked the Senator for his support of community banks and questioned enhanced reporting requirements by the IRS that Tony feels puts too much personal information in the hands of the government.

Senator Toomey also shared his broader concerns about the natural gas industry, the federal budget, the bi-partisan infrastructure bill, and the recent exit of U.S. troops from Afghanistan. Additionally, he  offered his views on mass transit, student loan forgiveness, national security, and the shortage of workers in the wake of the pandemic.

“The Chamber was honored to host Sen. Toomey and his assistants,” said Suydam, “and so happy that he stopped to have lunch with us during what was a very busy day of him touring northeastern Pennsylvania.” 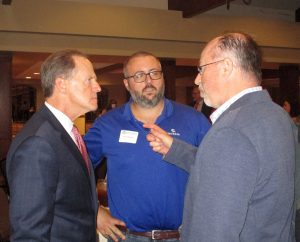