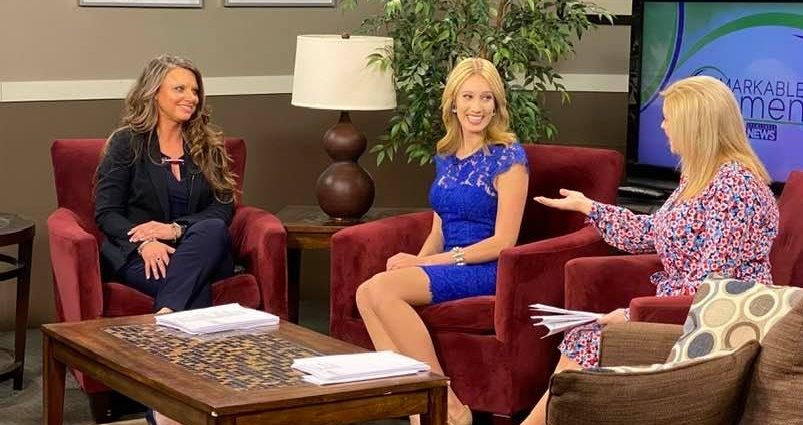 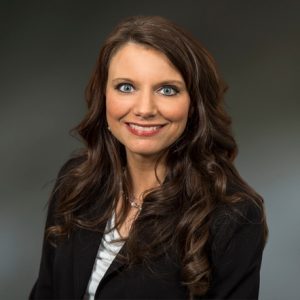 Melissa Swire (top left) of Patriot’s Cove in Noxen, Wyoming County, was featured in February on WBRE as a finalist on PA Live’s Remarkable Woman of the Year promotion. Now, Swire (above) has been selected a new Dole Caregiver Fellow.

The Elizabeth Dole Foundation announced that Melissa Swire of Noxen will join its 2020 class of Dole Caregiver Fellows – 30 military and veteran caregivers who have been carefully selected from across the country to represent those Americans caring for a wounded, ill, or injured service member or veteran at home. The role of these Fellows has never been more important as caregivers are under unprecedented stress due to the threat of the coronavirus.

As a Dole Caregiver Fellow, Swire will serve as a leader, community organizer, and advocate for the nation’s 5.5 million military caregivers – the spouses, parents, family members, and friends who provide more than $14 billion in voluntary care annually to someone who served. They will join the 225 past and present Fellows who are trained by the Foundation and empowered to share their stories and perspectives directly with national leaders in the White House, Congress, U.S. Department of Veterans Affairs, and other government agencies, as well as decision makers in the business, entertainment, faith, and nonprofit sectors. The Fellows will provide feedback to the Foundation, its coalition partners, and government and community leaders on the most pressing issues concerning military caregivers and influence positive change on behalf of these hidden heroes.

“Our eighth class of Dole Caregiver Fellows is bringing a new set of unique voices to our mission, but all share similar stories of strength, resilience, and hope in caring for their wounded warriors,” said Steve Schwab, CEO of the Elizabeth Dole Foundation. “As they care for their veteran, we are grateful for their experiences, wisdom, and willingness to come together and advocate for their fellow hidden heroes. They are the heart and soul of our work.”

Swire serves as a caregiver for her husband, Jeff, who sustained sepsis and irreversible damage to his neck and spine as a result of his military service.

Senator Elizabeth Dole created the Dole Caregiver Fellows program in 2012 to directly engage military and veteran caregivers in the Foundation’s mission. The 2020 Fellows class includes loved ones whose service members and veterans represent all branches of service and different eras of peace and conflict. The 2020 class represents 23 states and includes a retired father caring for his daughter and her son, an occupational therapist who took on her own fiancé’s full-time care, and a wife who assumed care of her husband and pulled them back from the brink of homelessness.

Stabilizing her husband Jeff’s health and moving to a new home away from friends and family brought a feeling to Melissa Swire all too common to many military caregivers – the isolation from no longer being connected to other military spouses.

Jeff suffered an injury during a mission that caused him to need surgery, which resulted in sepsis and irreversible damage to his neck and spine. Due to the initially invisible nature of his illness, Melissa had to advocate for surgeons to take Jeff’s symptoms seriously. Had it not been for that determination, he would not be here today. In addition to chronic pain, Jeff also battles with post-traumatic stress disorder (PTSD). At one point, Jeff became extremely depressed and was having suicidal thoughts. Melissa had to leave her career to care for Jeff full-time, and when they had to sell their home due to the financial impact, Melissa had to do some outside-the-box thinking. She learned new skills and soon began creating unique homemade products to sell on Etsy.

As Jeff’s caregiver, Melissa makes his meals, manages his medication, handles the finances, advocates at all his medical appointments, and supports him emotionally. Together, they co-founded Patriots Cove, a nonprofit organization in their community to provide an outdoor retreat for veterans and their caregivers. Melissa says that this saved Jeff’s life because it has given him a new mission and purpose, and she also sees it as her mission to help veterans and caregivers find healthy outlets. Melissa now serves as Patriot Cove’s director of programs and partnership.

Elizabeth Dole Foundation is the preeminent organization empowering, supporting, and honoring our nation’s 5.5 million military caregivers – the spouses, parents, family members, and friends — who care for America’s wounded, ill, or injured service members and veterans at home. Founded by Senator Elizabeth Dole in 2012, the Foundation adopts a comprehensive approach in its support and advocacy, working with leaders in the public, private, nonprofit, and faith communities to recognize military caregivers’ service and promote their well-being. The Foundation’s Hidden Heroes campaign brings vital attention to the untold stories of military caregivers and provides a network for military caregivers to connect with their peers and access carefully vetted resources. Visit www.hiddenheroes.org for more information.