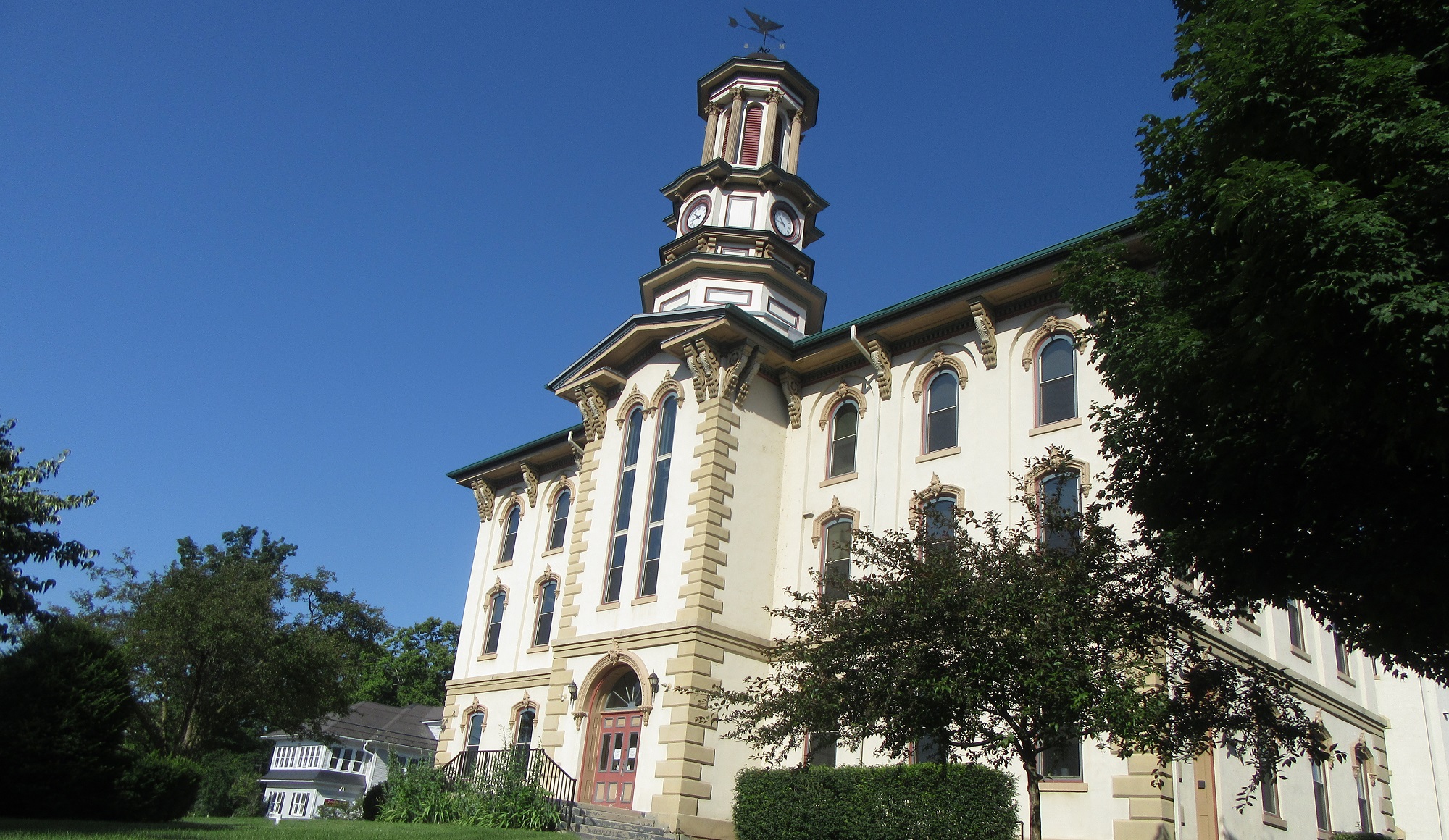 At their live GoTo-virtual meeting on Tuesday morning, the Wyoming County Commissioners shared what little good news they had about the status of Wyoming County under the continued strain of the COVID-19 epidemic.

PennDOT is back to fixing roads, and state parks in adjacent counties will open for limited activities on Friday, May 8. More people who have been out of work since March are successfully opening unemployment claims. More than 500 new people have been hired to help with the process, but the system is still sluggish. PennDOT is extending the expiration dates on all licenses and learners permits to June 30.

Other than that, the status of the county from the perspective of the governor’s office has not changed at all. County officials agree that they expected Wyoming County to be listed in the “code yellow” category, which would have allowed for methodical re-openings of more businesses by the end of the week, right up through noon last Friday, but something went wrong.

There were a lot of guesses tossed back and forth, but everyone agreed that they are looking for definitive answers from Harrisburg that they are not getting, despite Rep. Karen Boback and Sen. Lisa Baker continuing to support Wyoming County’s reclassification bid, according to commissioner chair Rick Wilbur.

“He didn’t specifically turn down our request,” Wilbur said of the letter signed by him and fellow commissioners Tom Henry and Ernie King and sent to Gov. Tom Wolf on April 21, but neither did they get a response to it.

“At 12:30 on Friday, we were deemed to go ‘yellow,’” said county EMA director Gene Dziak. “Five new cases came in on Friday afternoon between 12:30 and 2. I think that is what drove them to keep us ‘red.’ Then we got two more over the weekend. I’m not sure, but I’m assuming that’s what happened.”

Commissioner Tom Henry agreed that, up to 20 minutes before the governor’s televised press conference during which he revealed his color-coded map, the commissioners thought that their efforts to persuade the governor to group Wyoming County with the northcentral region of Pennsylvania had been successful.

Mehoopany resident Tina Henning, participating in the meeting remotely, asked the commissioners what criteria they felt had left Wyoming County in the red zone alongside much more populated Lackawanna and Luzerne counties. And, if that missing criteria is a mitigation plan, then who would be responsible for putting that together.

“We have received nothing from the governor or the Department of Health (DOH),” Wilbur relied. “Some guidance would be nice.”

Secondly, Henning asked if the board had reached out to any of the other counties to find out what they had done to be placed in the yellow zone. Henry said that he has reached out to Bradford County to the northwest for that purpose, wondering if listing facilities and services there that are not as readily available in Wyoming County as “shared” might tip the scales. “They are just one county over and they have met the criteria,” Henry noted.

“It’s not acceptable that they can’t at least let our commissioners know and what’s happening,” Henning said of Harrisburg officials.

In Wilbur’s opinion, the numbers being used by the DOH don’t add up for Wyoming County. With the county’s rate of infection holding at less than one tenth of one percent of the population compared to one seventh and one fifth in Luzerne and Lackawanna counties, respectively. Considering as well the percentage of positive cases of coronavirus among those tested also lagging for behind those in the metro area, Wilbur stated, “Wyoming County doesn’t have the number of cases to warrant that. The number of tests is not the benchmark should be used, in my opinion. I think he’s looking at the wrong numbers.”

The commissioners learned just prior to the May 5 meeting that a group of local citizens are planning a rally on Thursday in support of getting the county opened up more quickly. The event, which popped up on Facebook overnight, can be found under Rally for Wyoming County. Though details are as of yet unclear, it appears that supporters of the cause plan to meet at the courthouse at 9 am on Thursday, May 7.

While the commissioners neither condoned nor expressed any serious concerns about the rally, they agreed that it would be best to postpone their planned work session that day from 9 am to 10:30 am. In the meantime, Wilbur said that he would be reaching out to rally coordinator George Yuhas to find out what his group has in mind.

In his weekly EMA COVID update, Gene Dziak said that the number of positive cases in the county are holding steady after the slight surge last weekend. More importantly, supplies of PPEs are in need of restocking, especially masks. When asked if the EMA might have any masks for small businesses that want to re-open, he said that it is the county’s priority to provide PPEs, including hand sanitizers first to emergency responders.

Wilbur noted that he’d also been fielding requests on social media for the county’s recycling services to reopen. The concerns remain that workers could be easily infected if they were to touch their masks or scratch themselves in the course of sorting recyclables, considering the varying amounts of time that the virus can survive on even cardboard.

“I know it’s inconvenient, but it’s a lot less of an inconvenience than letting one of our employees get sick,” said Wilbur.

In the meantime, the commissioners are open to suggestions as to how to get recyclables moving again. One idea cited as potentially viable at this morning’s meeting is the designation of a space in the recycling facility in Tunkhannock Township where materials could be temporarily stored until the virus is assumed to have died.

“I’m not sure if that’s possible, but we’ll consider it,” Wilbur remarked. “If we can find a safe way to do it, we’d like to do it.” The commissioners agreed to work with recycling manager Mike Powers to assess the feasibility of that and other ideas.

The commissioners also agreed that, while it is inconvenient for prisoners at the Wyoming County Corrections Facility at Tunkhannock to not have in-person visits from friends and loved ones, they have no intention of reinstating them at this time. “I for one am totally against it at this point,” said Henry, who’d received several letters from inmates “begging for visitation.”

The other commissioners readily agreed, noting that there are still no COVID cases among staff and those housed at the prison, and they intend to keep it that way. Henry related that there have been allowances for more free phone for prisoners calls lately.

Following up on a rumor mentioned at last week’s meeting that the state would be appropriating funds to every county to help offset the additional expenses related to making the June 2 primary election as safe as possible, Wilbur announced that the county had received $26,000.

The commissioners are still encouraging mail-in voting but agreed that fully staffed polls will still be offered. “A lot of people do not like change,” Wilbur suggested. “I think we’d have a drop in voting with only mail-in ballots.” In the meantime, they will work with elections director Flo Kellett to determine how the extra funds can best be used.

Safe distancing will be observed at the polls, and there will be people on hand to provide cleansing and sterilizing of shared space. The state is also providing a security system that ensures that the mail-in ballots are not subject to fraud. That information had only arrived the day before and will be further explained at a later date.