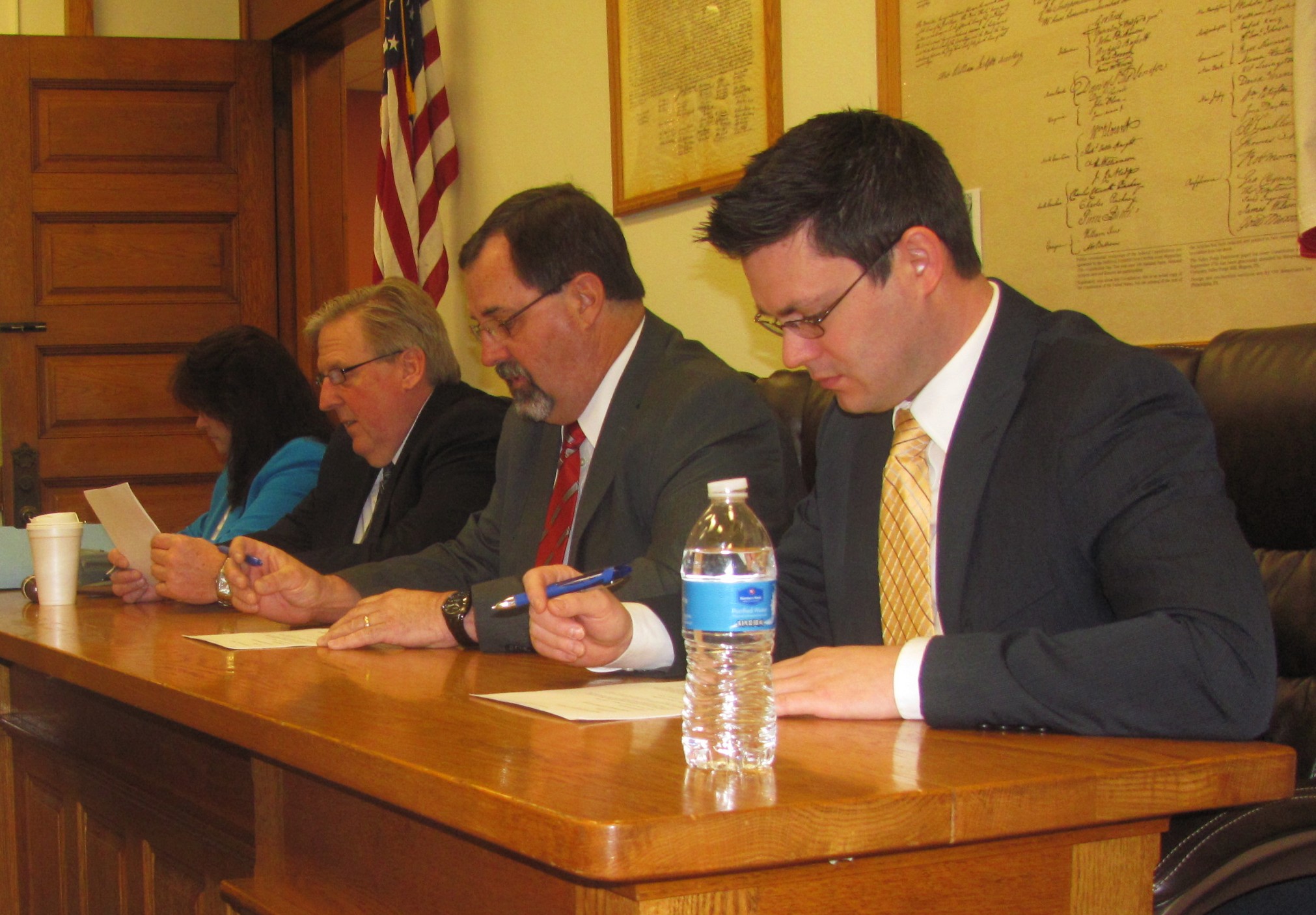 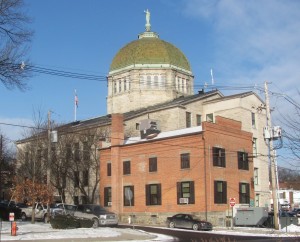 Bradford County Commissioners (from right) Mark Smith, Daryl Miller, and Doug McLinko, supported by Chief Clerk Michelle Shedden, kicked off 2015 at the courthouse in Towanda with the announcement of the board members for the nascent Bradford County Tourism and Promotion Agency, as well as numerous hires, transfers, and appointments, and renewals of county-wide contracts.

Bradford County elected officials made an impressive showing at the first meeting of the new year of the county commissioners. A seemingly cumbersome agenda proved to be primarily rote in its columns of annually updated business structures and agency contract renewals. Nonetheless, some very important county business was conducted during the half-hour meeting, and the officials in attendance enjoyed the privilege of moving specific agenda items to a vote.

In addition to renewals of contracts for technical services and other services related to personnel, the commissioners announced the members of the newly formed board that will run the Bradford County Tourism and Promotion Agency and fielded questions about its current status.

McLinko, the official county representative for the newly appointed board, said that the formation of the agency is very close to completion. “We are working hard to get the bylaws done and the applications for non-profit status,” he stated.

When asked for an update on the appointment of an interim director, McLinko said, “We’ll start that search process as soon as possible. The discussion will be to bring someone on board quickly.”

In response to a reporter who was confusing the terms “interim” and “temporary,” Commissioner Mark Smith responded, “I would hope that we would be hiring someone permanently.”

The Bradford County Commissioners had voted in early 2014 to disband themselves from the Endless Mountains Visitors Bureau (EMVB), which had promoted tourism in the county – as well as three other counties – since the early 1960s. The process accelerated in December when the commissioners issued a letter of intent to EMVB expressing the commissioners’ desire to terminate the contract as of Dec. 29, 2014.

The County didn’t need EMVB’s acknowledgement or subsequent board-approved agreement of the request to continue development of a new 11-member board who are charged with drawing tourism to the county through frugal use of funds allotted via Room Tax funds. The funds must be used primarily for promotion of the region outside the region itself.

The board notably includes members who initially protested or earnestly questioned the commissioners when they announced their intentions to break away from EMVB. Woodruff, who was very vocal in her opposition to succession from EMVB, explained her decision to be part of the new board.

“It was not an easy decision to make, but non-profits need someone who will speak up for them and get their fair share,” Woodruff told EndlessmtnLifestyles.com. “With that said, we also need to keep the regulations in order to make it work as it always has.”

“She’s very passionate about the grant program,” McLinko acknowledged in reference to Woodruff’s appointment. “She wants to make sure that they will continue as they were, and they will.” 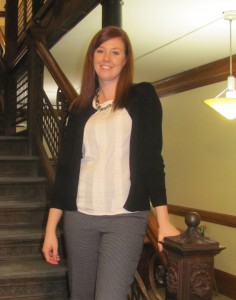 Among the hires, transfers and appointments announced by the Bradford County Commissioners on Jan. 8 was the appointment by Judge Maureen Beirne of Krystle Bristol (above) as new County Auditor, replacing Susan Storch who, it was noted, retired a year prior to her elected term.