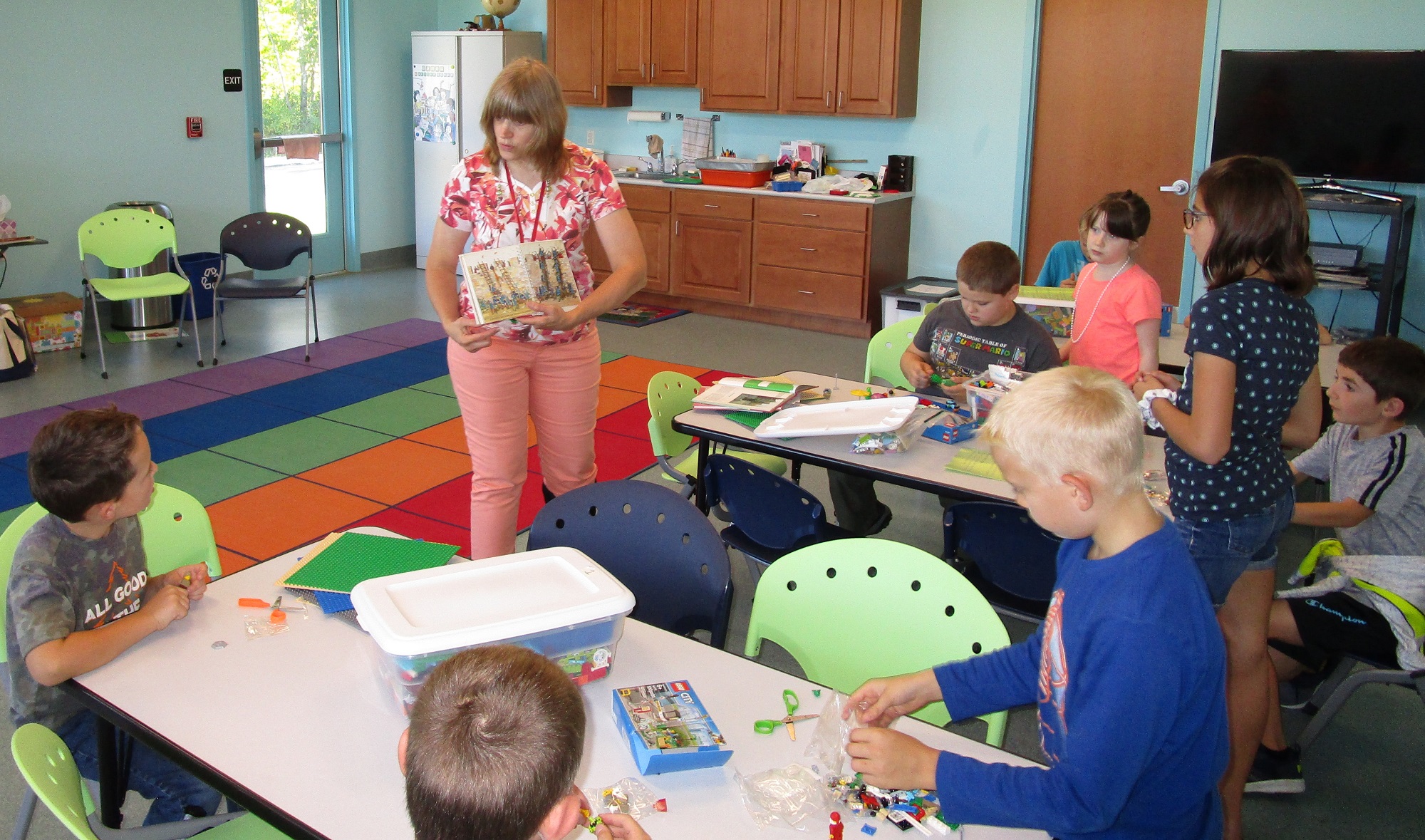 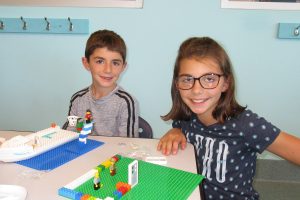 A dozen youths arrived at the Susquehanna County Library at Montrose on Sept. 17 as the Lego Club resumed gatherings after the summer break. Karen Reed, who coordinates youth services, facilitated the event, during which children 7 to 12-years old had an hour to create something from the iconic plastic building blocks while also learning about manners. Reed tries themes with some of the groups but admits that it’s up to the participants how closely they want to adhere to her ideas.

Reed offers about ten minutes of instruction at the beginning of the sessions, which start at 3:30. On Sept. 17, she asked the youths to piece together a person, then provide an appropriate place for them on one of the bases provided. She brought out several books on various countries and historical periods to inspire the builders.

“You can make your people be the biggest thing in their environment or the smallest,” she explained.

Lego Club began in the spring of 2019. It was well-received, she thinks, for a number of reasons. “It’s important that we continue this because we don’t have as many programs for this age bracket,” Reed related, adding, “Their younger siblings can play in the other room.”

There were several sets of siblings involved in playing with the Legos, including Lathrop Street Elementary School students Molly and Ben Weller. Ben looked to his big sister for help pulling apart some pieces that he’d selected for his build and sometimes to Mrs. Reed, who encouraged the children not to hesitate to seek help from other tablemates if she was not available.

“Remember to introduce yourselves to each other,” she told the youths. On a placard next to the sign-in sheet and an extra tub of Legos, participants are reminded of some basic goals of the interactive exercise: sharing, showing respect, and staying positive. It is also noted that the event is not a competition.

As is the providence of youth, many of the first (and second) attempts at the day’s assignment are completely dismantled and started anew before the respective builders are satisfied with the direction in which their projects are headed.

As each session wraps up, Reed related, the finished projects are placed on one table for the appreciation of fellow participants. The creators can say as little or as much as they want about what is happening in their whimsical diorama.

“It usually starts some positive dialogue between them,” said Reed. The final products are then displayed in the common space of the library – with a name tag if the builder prefers. “It gives them a sense of pride and gets other kids interested too,” Reed remarked. 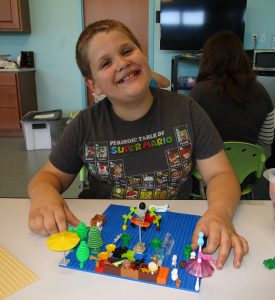 Though Molly and Ben have participated in other library programs, it was their first visit to the Lego Club. Ten-year-old Nathaniel Cook of Montrose and Lathrop second-grader Teagan Golf, on the other hand, are regulars and were excited to talk about their creations and the things that they built in the spring. 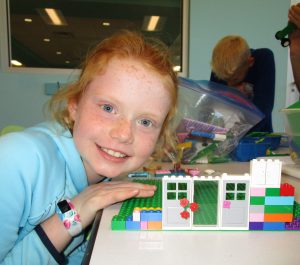 “Once they’re here, they usually come back for the next session,” Reed said of the program’s track record.

Lego Club will meet again on Tuesdays Oct. 8 and 29 at 3:30 pm. The Montrose Library is located at 458 High School Road, Montrose.