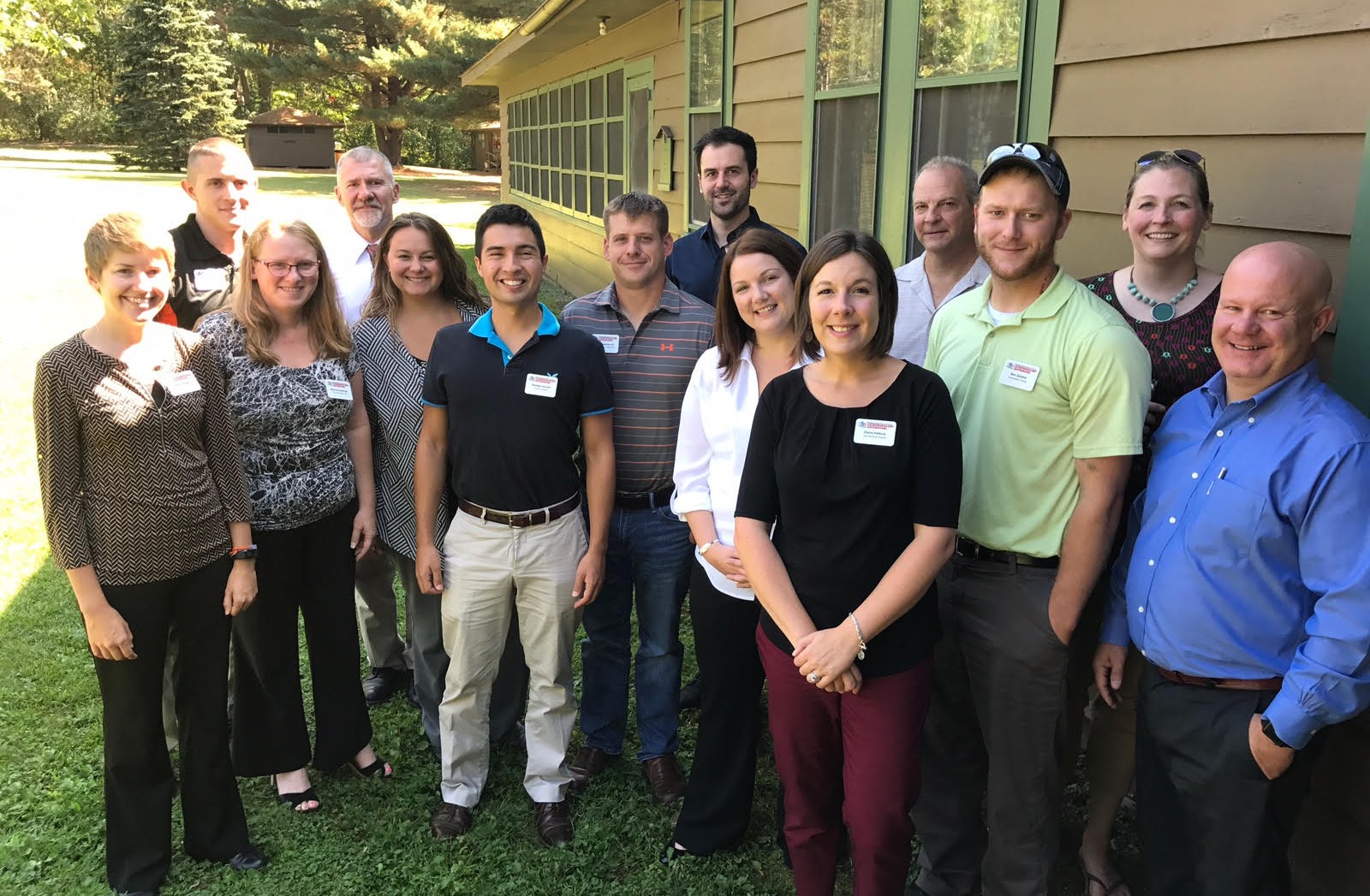 Leadership Wyoming 2017 participants took part in a two-day retreat at Camp Lackawanna near Vosburg recently, where they received more information about this year’s team project. The retreat focused on team building and brainstorming for a career fair for students in the Tunkhannock Area School District that the group will conduct in Spring 2018.

Leadership Wyoming chair Jami Layaou Hearn and Wyoming County Chamber of Commerce president Gina Suydam provided welcoming remarks prior to introducing the group to Edgar Warriner, president and CEO of Elk Advisors Group. Warriner, who had conducted an online DISC behavioral assessment survey of the 12 participants in advance of the meeting, distributed the individual results and explained four steps of effective communication that can be achieved by understanding the data. 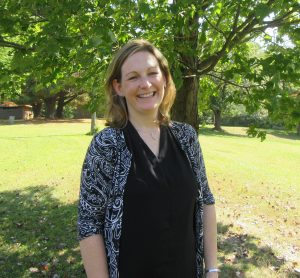 Team-building exercises were conducted by University of Scranton Small Business Development director Lisa Hall Zielinski (above); and Toyota of Scranton owner Greg Gagorik, who brought life-size puzzle pieces that literally challenged the group to think outside the box.

Northern Tier will help to fund a career fair, as it has for similar events in Bradford County. The project was selected as a means to effectively bridge the chasm between students who believe that the pathway to a enjoyable and lucrative career is overwhelming and employers who are having trouble filling entry-level positions with qualified young adults entering the work force.

“An ideal class project is one that fulfills an outstanding need for the nonprofit and/or addresses a core challenge,” Suydam explained. “The Leadership Wyoming candidates are emerging and existing leaders in our community who are prepared to make a lasting impact on their community through the development of this career fair.”

Tunkhannock Area School District’s superintendent Heather McPherson, executive director of school consolidation Kelly Carol, and career and technical director Greg Ellsworth explained that the implementation of a career fair is perfectly timed with their consolidation, as the new K-12 curriculum is career-based. 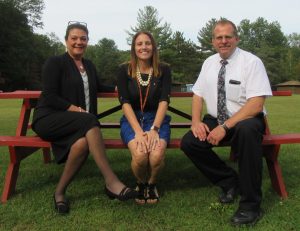 The administrators (above) offered the Leadership Wyoming team great leeway in coordinating the event in terms of space and time available, as well as what grade levels the team feels that it can effectively reach with the format they develop. Regardless of the approach, McPherson maintained, the event should be student-centered.

“Creating a meaningful change for the school district and the surrounding community will build a lasting legacy for the Leadership Wyoming class,” Suydam remarked. “A crucial part of a project proposal is finding a creative and engaging way to utilize the diverse skills and backgrounds of the team.” 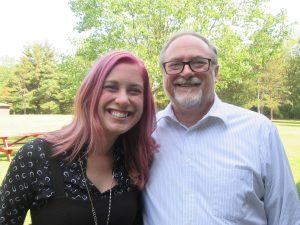 Upon receiving and compiling the available data, team members met to brainstorm on the career fair, appointing Kelly Langan, director of United Neighborhood Center of Northeast Pennsylvania’s Camp Kelly, as the project leader. Some points of general agreement from the first meeting was a focus on grades 7 through 12 over the course of one full school day; the involvement of as many as 40 businesses, as well as colleges and trade schools; and the recruitment of high school seniors as volunteer event staff. Further information about how organizations can get involved in the career fair will be published at a later date.

Leadership Wyoming will spend a day together again on Wednesday. Oct. 18, exploring the theme “Heritage, Culture and Tourism.” In the meantime, group members will now begin to communicate routinely and work together in smaller groups as they identify the variety of elements and roles that will be part of the process of building the career fair. Ultimately, it is hoped that the group will produce a career fair template that can be used by the Tunkhannock Area School District for annual events. 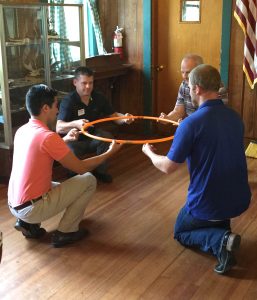