In: Artist Tribute
With: 0 Comments 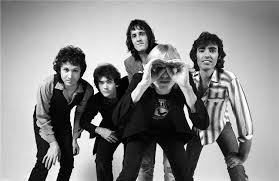 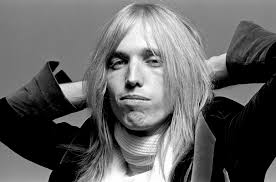 As the country was reeling from yet another mass shooting, a rock icon was slipping away from us. Though prematurely pronounced dead, Tom Petty’s imminent passing gave his fans a needed pause for reflection. To many, the quiet superstar who never let fame get the best of him spoke to us as a true American spirit – humble, frustrated, contemplative, and never ready to give up.

He might have been the last of the classic album oriented artists, each LP marking a chapter in our lives and his. He was liked by country fans, without ever having a country hit, but he undoubtedly inspired this new generation of country performers as he had the alternative folksters of the 1990s. Through it all, Petty remained Petty. His music was timeless, from 1977’s “Breakdown” through 2012’s “Swingin.’”

I’m pretty sure that “American Girl” was the first song that I identified with Tom Petty & the Heartbreakers. It was quirky and stood out from rock sound of the day – led by Foreigner, Journey, Boston and the like – without being decidedly new wave like the Cars or Talking Heads.

Who is this guy? So not cover boy material, but so not giving a damn. I want to be like him. Wait…is he singing about me? His rock hit “One Story Town” was my anthem for leaving Tunkhannock, which was far too small for me at the time. “Free Falling” would later make me miss the brief time that I lived in L.A., but it always made me feel like I was soaring.

I was thrilled with Petty’s collaborations with other artists like Steve Nicks, Dave Stewart of the Eurythmics, and especially as a member of the Traveling Wilburys. Tom said in a television interview about six years ago that his stint with the Wilburys was one of the most satisfying stretches of his long career. He found true friends and real people in Bob Dylan and George Harrison and, as just another band member, was able to feel like a real person too.

I traveled to the Allentown Fair in August 1989 to see him perform with the Heartbreakers on a bill with the Replacements, a punk band that I enjoyed enough to justify the expense of the solo trip. Little did I know until I got there that I would have to pay to enter the fair, about which I didn’t give a damn but which depleted me of beer money. The Replacements sucked and were so loud that I was apparently temporarily deaf by the time Tom Petty took the stage. I couldn’t hear the band.

I left totally discouraged, though no less a fan. When the humidity of the night caused my windshield to fog over, I lowered my window a bit and watched my turnpike ticket get sucked out and flutter in the tailwind behind me. I learned for the first time that arriving at the Wilkes-Barre toll booth with a good story and no ticket still meant that I owed for the entire length of the turnpike to Philly. I didn’t have the money, and the toll taker generously paid my fare. (I paid him back a few months later).

I look back on that night and know that Tom Petty would have chuckled at my horrible luck. Heck, he may have even written a song about it. It was the way that he grinned at misfortune and climbed on top of it that made his songs some of the most tangible odes of our time. His laid back vocal delivery on even his hardest rockers spoke volumes of his approach to life.

He did not back down, and he taught us to fly. He warned us about wearing out our welcome, while encouraging us to run down our dreams. And nobody really knew how it felt…to be us.

Tom Petty’s most impressive chart performances were on the Album Chart, where even his last couple of studio albums have reached the Top 5, if not debuted at #1. As rock tracks and singles go, Billboard’s Mainstream Rock charts provide the best overview of his repertoire, but didn’t start until 1981, which cuts off the first four years of Tom’s extreme popularity. That’s why you can’t find “American Girl” referenced anywhere but perhaps some copies of Radio & Records, a trade magazine that produced a weekly list from which a Top 20 Rock Tracks survey was produced for FM radio in the late 1970s.

What follows are lists of Tom Petty’s biggest hits on the Rock, then Pop charts, based on their peak positions. (He never had a #1 pop hit, but hit #1 on the Rock charts no less than 10 times). Ties are broken by weeks at the peak position, then weeks on the chart. Subsequent to those charts are some other relative lists, including some memories my Facebook friends were willing to share with me in the time that it took me to compose this piece.

I often cap off these musical obits with a list of my personal favorites, but I find that duplicitous in this case because I never met a Tom Petty song that I didn’t like.

“So hard to pick just three,” writes Barb, in reference to my Facebook request.

Colleen related “My husband and I saw him several years ago at Montage – 3rd row center seats – he was right above us. (Jackson Brown opened for him). It was one of the best and most memorable concerts we’ve been to! Such great talent, such a big loss.”

“Sad, no matter what happened to him,” stated Kory, who reeled off Running Down a Dream, I Need to Know, and Breakdown among his favorites. “I think I heard those three today before I even knew that he was dying/dead.”

Local musician Gary Carl recalled his days of playing Tom Petty and Traveling Wilbury songs as part of a cover band. Gary also noted that he has attended five conventions at the Mandalay Bay Hotel across the Vegas Strip from which last night’s concert shootings took place. “I don’t look forward to my convention there in May 2018.”