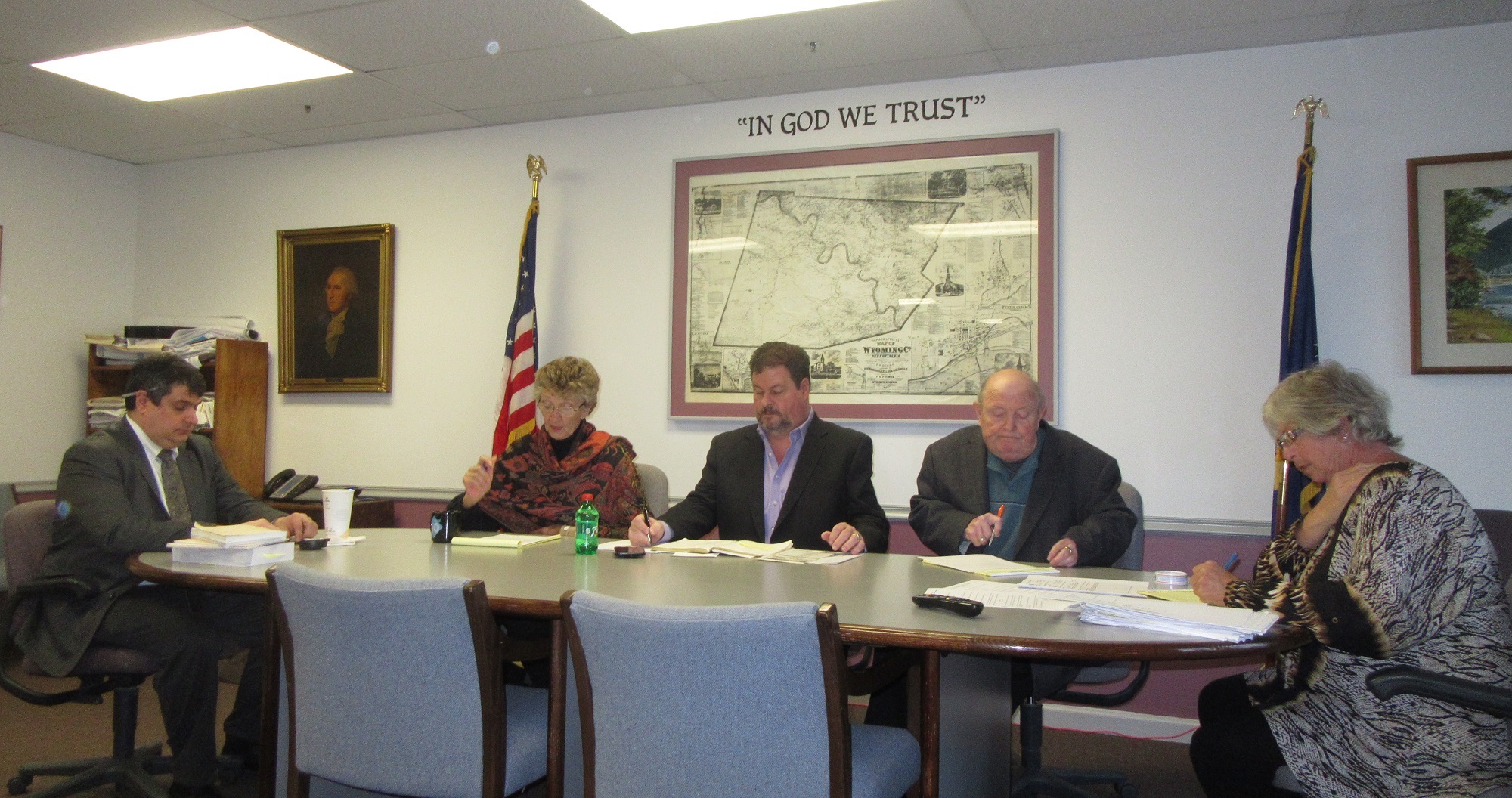 Florence Kellett, Wyoming County director of elections and voter registration, stopped into the regular meeting of the County Commissioners on Tuesday with a dire message. There are not enough helpers lined up for the May 15 primary elections in numerous polling locations throughout the county, and current state guidelines do not allow her to move those willing to work from one municipality to another.

Kellet has posted bulletins on the county’s website and social media and contacted the leaders of the county’s Democratic and Republican parties to no avail. Six people are supposed to staff each poll: an election judge, a majority and a minority inspector, two clerks, and a constable.

There are three openings in Factoryville Borough’s Ward 2 alone and one in Ward 1. To complicate matters, the inspector positions are party-specific. Whichever party garnered the most votes in the fall 2017 general election dictates the current majority.

“These are paid positions,” she said of the openings. The stipend for the full day’s work varies from $105 for clerks to $135 for the judges. Additional funds are available to cover mileage and training, which will be conducted in April. Training generally takes two hours and can be done individually or in groups.

Solicitor Paul Litwin III noted that polls can be consolidated, as was done recently in Nicholson Borough, but that also requires adding an additional member to council. Kellett said that election laws might allow her to shuffle some poll workers at the last minute, but she cannot appoint people from other municipalities for the one-year positions in advance.

Those interested in assisting at the polls can call Kellett at 570-996-2226 and log on to www.wycopa.org to see the list of openings under Election Home, Additional Resources, and Position Openings.

The short-term crisis is indicative of a long-term problem.

“It’s not going to get any better,” said Commissioner Judy Mead, noting that many poll workers have been helping for 40 years or more and are retiring from the job. Younger people do not seem to have an interest in being part of the process.

Kellett indicated that she would like to see the county move towards an all-mail election system that would bring costs down significantly from the average of $40,000 per election now spent.

Additionally, election equipment in the county is becoming antiquated and will need to be replaced soon if a new process is not adopted. That will cost the county hundreds of thousands of dollars, Commissioner Tom Henry noted.

County planner Lynnelle Welch brought to the attention of the commissioners the fact that the Iroquois Trail at the east end of Tunkhannock doesn’t presently seem to be solidly under the jurisdiction of any one entity. Initial funding for the trail was funneled from the Northern Tier Progress Authority to the county’s Industrial Development Association (IDA), but Welch believes that most of the work was done by PennDOT.

A Wyoming County Trails & Parks Association was formed two years ago to advance and oversee such projects, but its members do not meet regularly, and Welch is uncertain of the organization’s current viability.

Litwin added that the IDA may also not be as involved with the trail as it once was. “Whoever is going to continue this project needs to acquire easements, whether the county takes on the responsibility or the IDA continues to do it,” he stated. The commissioners have supported construction and enhancements of the walking trail and, in December, reveled new signage purchased with Room Tax funds.

Welch suggested that a government entity would be more effective than a nonprofit organization in securing both easements and grants. Other than occasional volunteers, she noted that the county is essentially providing the only regular maintenance for trail, as it runs along side the EMA building in Tunkhannock Township. County planners would like to see the trail extended to the intersection of Harrison and McCord streets in the borough.

“I think we need to have a larger group discussion about this,” Welch recommended, with which the commissioners agreed.

Commissioner Ron Williams made it a point to commend Tunkhannock School District superintendent Heather McPherson, the school board, and local law enforcement for their handling of internet threats fostered over the weekend by at least two young men in the wake of the school shootings in Florida on Feb. 14.

“The kids were upset about it,” Williams said of comments made on Facebook about carrying out a similar attack locally. Williams felt that McPherson made the right decision, after consulting at length with local law enforcement and the district attorney’s office, to issue a statement on Sunday giving parents the choice of whether or not to send their children to school on Monday.

School board member Lori Bennett, who was in attendance at the commissioners meeting related that a police presence had already been established at the borough’s schools in the mornings and that it has been noticiably increased to meet current concerns of parents and students.

Meeting attendee Jeffry Zimmerman asked the commissioners if the meeting calendar on the county’s website could be updated. It has been blank since December 2017. It was noted that information about district justices is also outdated.

Henry indicated that an overhaul of the website is on the county’s new IT director, Brian Dudick’s “to do” list. While it is not likely that Dudick will be ultimately responsible for web content, Henry said that he will be working with each department to better manage their own pages.

Also on the topic of scheduling, Henry announced that meetings of the Prison Board will be moved to the third Tuesday of each month, effective April 17. The March meeting will be held on Thursday, March 22 along with a public commissioners meeting, due to the commissioners participating in a conference in Harrisburg March 18 to 20.