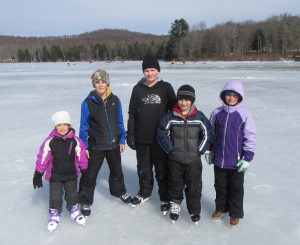 Laced up and ready to go skating are (above, from left) Juliana Price, Matthias Albert, Zane Pedro, Layne Price, and Emmalynn White. The youths said they are looking forward to be old enough to participate in the Polar Bear Plunge.

(As published in the Feb. 22 edition of the Rocket Courier)

Wildly fluctuating temperatures as of late could have made for a very soggy and uncharacteristically balmy Polar Bear Plunge at Camp Brulé in Sullivan County. But lows bottomed out in the teens last Friday night after nearly reaching 50 degrees the day before . That allowed the surface of Elk Lake to refreeze and put the nip back in the air that one would expect for the annual Kiwanis Winterfest held on Feb. 17.

Hundreds of people were spread out across the lake, fishing and skating, and even more were moving about the grounds of the historic Boy Scout camp, enjoying hot food, a warm fire, and the renderings of ice carvers and other artisans. Just before noon, the crowd was invited to the dock, where emcee Ben Hatch greeted them and to which Kiwanis Club of Sullivan County president Darlene Fenton led the parade of “plungers.” 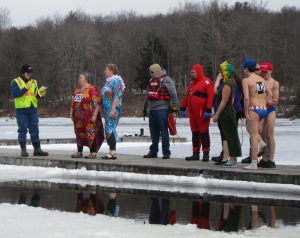 Twenty five people, including Boy Scouts and others sporting colorful costumes, jumped into the shoulder-deep water through a rectangular opening in the ice, which was about six inches thick near the shoreline. Long-time Kiwanis member and Winterfest promoter Cindi McCarty (above, second from left) led the pack, jumping with Chrissy McMahoh, both of them sporting muumuus and leis.

While some seemed to take the icy blast in stride, even a few of those who have participated in the event since its inception gasped at the shock to the system the water provided. The Mildred Fire Department Dive and Rescue Team stood at the ready, but nobody required their assistance. Several of the Scouts reenacted their favorite plays from the recent Super Bowl. 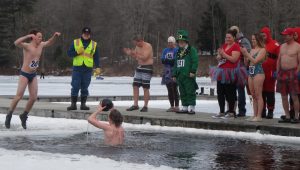 According to Fenton, the number of jumpers, who pay at least fifty dollars for the privilege of jumping, has remained steady over the past few years. Six participants, Gary Hoover, Anne Tremper, Mariah Fitzgerald, Carol MacElhaney, Rebecca Evans, and Stacie Caccia raised more than $500 each in pledges this year, making them eligible for a free Caribbean cruise.

Fenton was especially impressed by the efforts of Tremper, who raised more than $1,400 her first time out. Nonetheless, by luck of the draw, MacElhaney won the five-day cruise, and Fitzgerald won the three-day cruise.

Proceeds from Winterfest help the Kiwanis provide opportunities for youths in Sullivan County that they might not otherwise experience. The funds also help support youth basketball and wrestling, the North Mountain Shooting Club and Key Leader Camp. 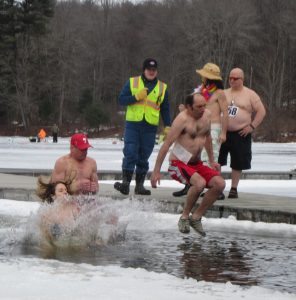 Seasoned plungers (above, from left) Jenny Long and her father, Terry Long, and Jay Hantranff show everyone how it’s done. 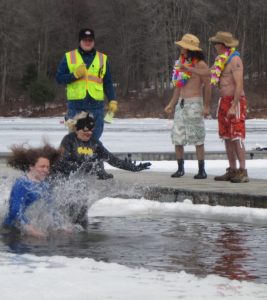 Francis Rixey (above, left) has been taking the plunge at Winterfest since he was 12. He was joined this year by Carol McElhaney, who donned a Batgirl costume for her jump and also won one of two Caribbean cruises. 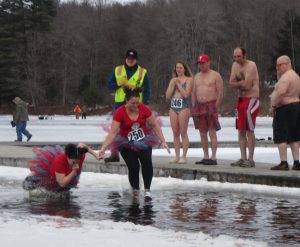 There were many approaches to jumping. Thing One Stacie Caccia (above) opts for a belly flop, pulling Thing Two behind her. Thing Two is Mariah Fitzgerald, who won a Caribbean cruise. 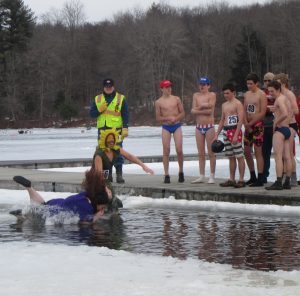 With a number of Boy Scouts on deck for the plunge, Rebecca Evans (above) tumbles into the water, with flowerchild Heidi Derstine close behind. 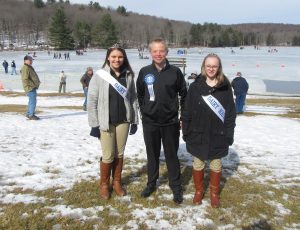 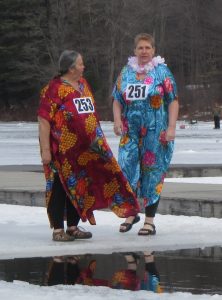 Cindy McCarty (above, left) and Chrissy McMahoh take a couple deep breaths and reassure each other before leading the pack into the icy water. 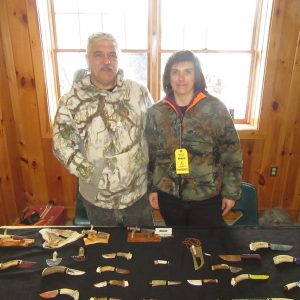 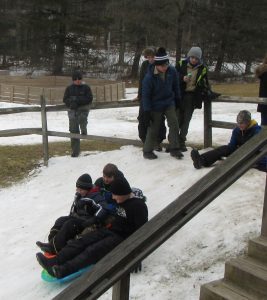 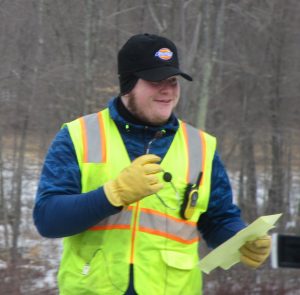 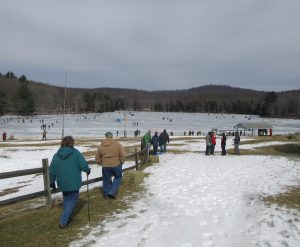 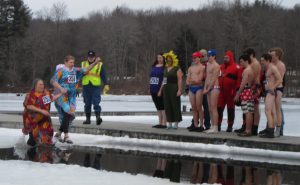 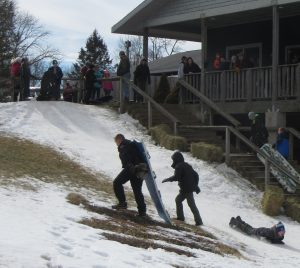 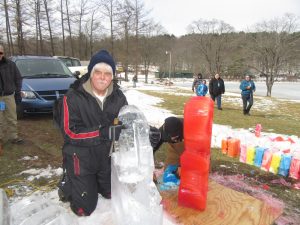 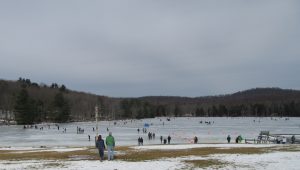 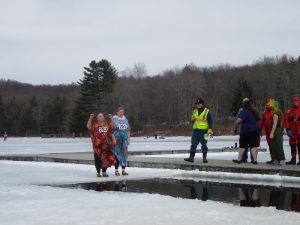 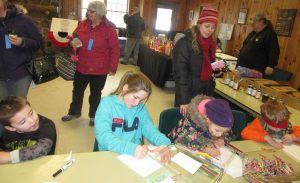 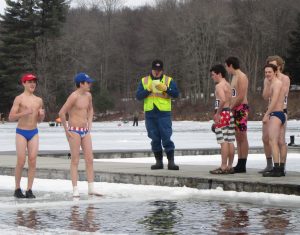 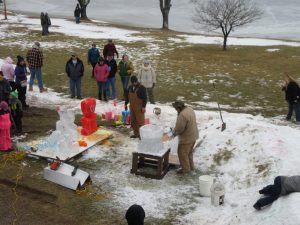 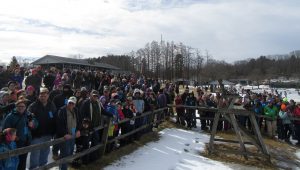 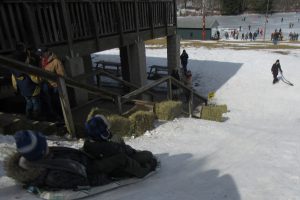 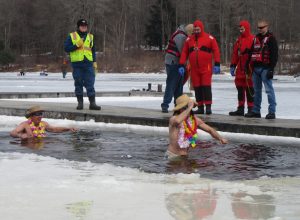 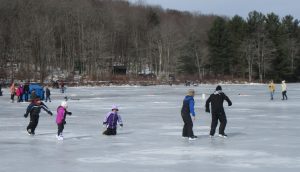