Jobs Available at Jail While Prison Population Back Up 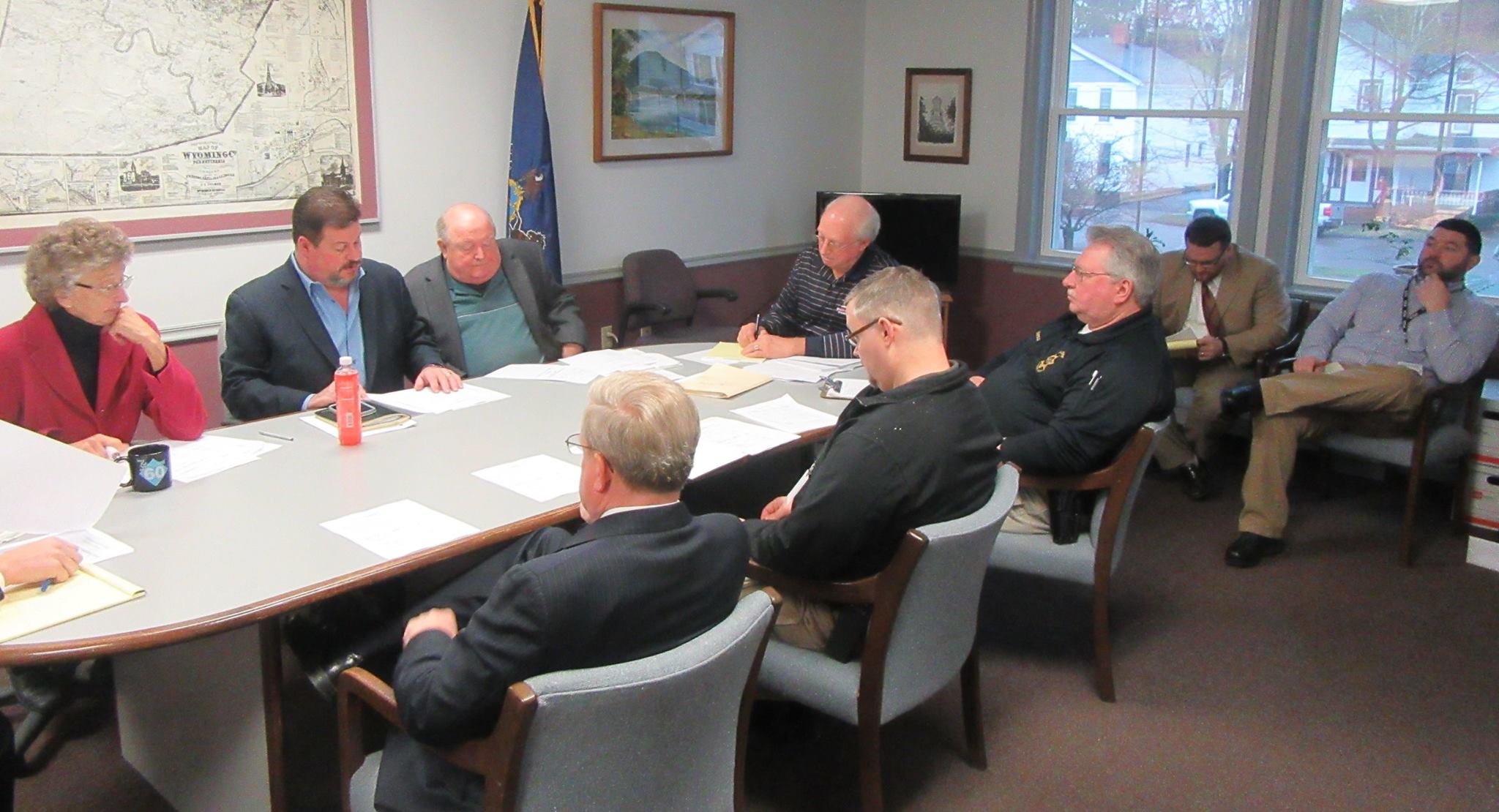 Nearly a dozen people picked up on bench warrants since the first of the year bumped the number of inmates in the Wyoming County Prison system back up to 85, according to Warden Ken Repsher, who addressed the Prison Board at their monthly meeting on March 7. It was an expected coincidence, however, that the judicial system was prepared to handle.

“The vast majority of them have been bench warrants,” Repsher explained. “It seemed to be the perfect storm.” The present count is 67 men and 18 women.

Sheriff Ed Sherman related that the new intakes had completed sentences at other facilities, were picked up there as they were released and brought to Wyoming County. There are more to come, he added.

Repsher noted that all of the judicial departments worked together to process and place the new arrivals, which must, by law, be taken care of within 72 hours.

Prison officials were pleased to announce the hiring of new part-time employees Corey Cucker and Todd Custred and full-timer Ronald Jacoby, but noted that several key positions at the facility in Tunkhannock remain unfilled. Recent advertisement of the openings at a cost of more than $1,200 has not produced results.

Repsher acknowledged that the environment is not for everybody, nor is Wyoming County alone in its struggle to keep its prison staffed. “It’s a difficult job to work at,” he remarked.

Commissioner Ron Williams noted that the county’s emergency services department also has been trying to fill positions. “You have to be very well suited for these jobs,” he stated.

Sherman agreed, adding that the current climate of public scrutiny of law enforcement in general has impacted the number of new recruits. “Not so many people are interested in the positions,” said Sherman, who has also been challenged to keep his department fully staffed.

In other business, Repsher told the board that he has been looking into options for a new file management system to better integrate data between the probations department, district attorney and prison. New software can cost between $16,000 and $75,000, he has learned, but he knows someone who wants to install it for free.

Chief Clerk Bill Gaylord questioned why a software program made available by the county through a partnership with the County Commissioners Association of Pennsylvania (CCAP) hasn’t been sufficient.

President Judge Russell Shurtleff interjected that “there are a lot of counties trying to get away from the CCAP program because it doesn’t work.”

Gaylord committed to looking into the situation and working with Repsher to address the problem.

The next meeting of the Wyoming County Prison Board will be held prior to the regular commissioners meeting at 9 am on Tuesday, April 4 and is open to the public.