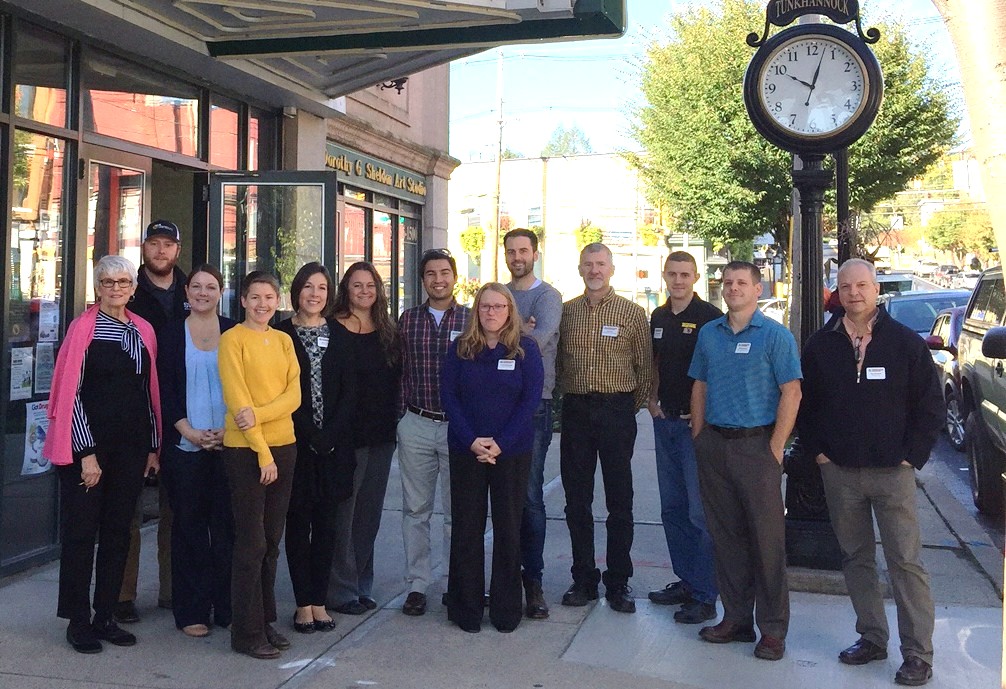 The Leadership Wyoming 2017 (above) group met at the Dietrich Theater in Tunkhannock on Oct. 18 to discuss the importance of heritage, culture and tourism to the area. The event was sponsored by the Endless Mountains Visitors Bureau.

The Dietrich Theater in Tunkhannock served as base camp for the Oct. 18 meeting of the Leadership Wyoming (LW) team. In addition to getting a tour of the theater and learning of its importance as a cultural hub for the community, leaders of other organizations spoke to the group before and after they took part in the Historic Tunkhannock Walking Tour, which included a stop at the Wyoming County Historical Society Museum. 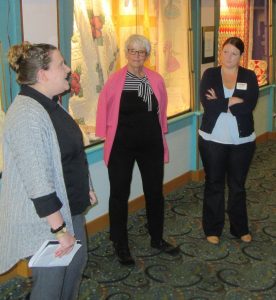 Wyoming County Cultural Center executive director Erica Rogler (above, left) and program director Margie Young (center) welcomed team members and provided an overview of the theater’s history and of its growth as a cultural center on the shoulders of an empowered corps of volunteers that remains largely responsible for its success.

LW team member Bonnie Nemergut, a branch manager at Penn East FCU, was impressed at the community’s resourcefulness at getting the Cultural Center up and running not only once, but again after the 2011 flood. “It took people from many backgrounds to make it happen,” Nemergut remarked. “That was very inspiring.”

Young also showed the group the facility’s screening rooms, galleries, theaters and other spaces used for meetings and instructional activities.

“I learned so much about the different offerings the theater provides,” said Diana Petlock, director of human services at Tyler Memorial Hospital. “As leaders who either live or work in Wyoming County, we should also have a commitment to the success of entities like the Dietrich Theater.”

“I was excited to learn about the Dietrich’s use as a social enterprise,” noted UNC Camp Kelly director Kelly Langan, adding that United Neighborhood Centers is looking to a social enterprise model for the former Camp St. Andrew. “I plan to meet with Erica and Margie soon to talk about potential collaborations.”

Longtime Cultural Center volunteer Sandy Vieczorek served as a guide for the walking tour of downtown Tunkhannock, treating team members to tales of Wyoming County’s most impressive and colorful leaders of days gone by, the inventions credited to them, the businesses they started and the homes in which they lived.

Team member Rick Hiduk, owner of Endless Mountains Media Services, was cited by Rogler as the project coordinator for the tour. Ben Zeidner, production foreman at Southwestern Energy, enjoyed learning about how many times some of the 40 structures on the tour had been repurposed, including the former Episcopal Church on Second Street (below), which is now an artist’s studio. 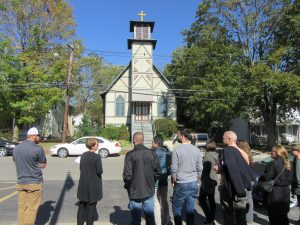 Langan liked Vieczorek’s account of the borough’s likely place in the history of the Underground Railroad, based on a timeline of factual evidence and a bit of lore. “It’s nice to hear that our area participated on the right side of history during the fight for emancipation,” Langan stated.

Wyoming County Historic Society members Ken Layaou and Dick Daniels led the group on a tour of the museum and showed how they help to preserve the county’s historical artifacts. Group members were also given a few minutes to peruse the museum’s genealogy library.

“The Historical Society’s volunteers were an enormous help to me with the research needed to develop the Walking Tour,” Hiduk related. “Their dedication to preserving the heritage of Wyoming County was obvious as we toured the museum.” 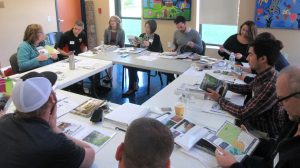 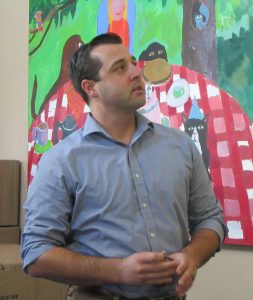 Also discussed was the importance of natural resources and green spaces as they relate to heritage, culture and tourism. The Dietrich Theater hosts River Day in Tunkhannock’s Riverside Park each summer and also utilizes the space for Shakespeare in the Park. Doug (above) and Ali Wilson (below), cofounders of the Friends of the Howland Preserve, related their efforts to renovate structures at the Vosburg Neck site and to enhance trails for hiking and biking and improved river access. 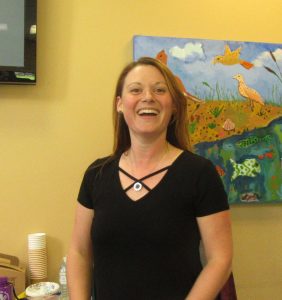 Phillip McKeon, sales manager at Endless Mountains Events, has been a witness to the ongoing progress at the Howland Preserve and applauded the efforts of the Wilsons. “Those two are about as dedicated to that land as anyone I have met,” McKeon stated. “They are not driven by tasks but by their love of nature. You can lose yourself there and only be minutes from civilization.”

Leadership Wyoming is an annual venture sponsored by the Wyoming County Chamber of Commerce. The entire group will meet again on Wednesday, Nov. 15 to learn about the natural gas industry. Tours of active gas facilities are planned as well as discussions with leaders in the industry as to the processes, safeguards, and opportunities involved with the industry as it continues its growth in Wyoming County. 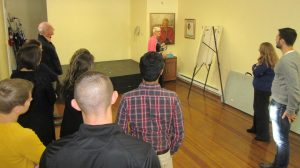