POSTPONED – French Azilum Interpretive Panel to be Unveiled at Overlook 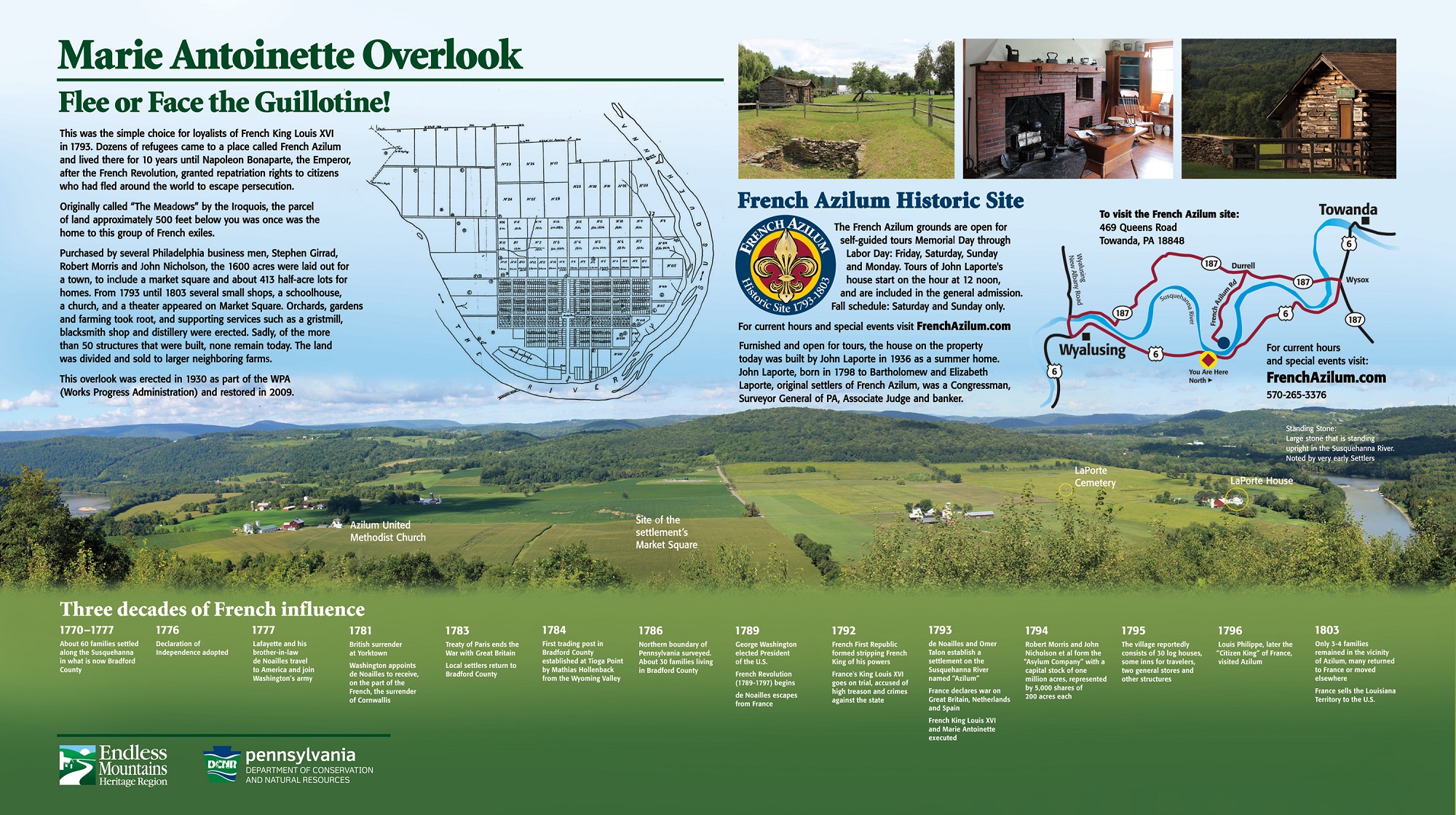 ***DUE TO HEAVY RAIN AND FLOODING CONCERNS, THIS EVENT MUST BE RESCHEDULED***

French Azilum, Inc. partnered with the Endless Mountains Heritage Region for the design and production of a new interpretive panel that was recently installed at the Marie Antoinette Overlook in Wyalusing Township, Bradford County. An official dedication is planned for 1 pm on Tuesday, June 18.

The Overlook observation site, leased by French Azilum, Inc. from Bradford County, offers an amazing unobstructed view of the Asylum Peninsula 500 feet below, where French aristocrats escaping near-certain death in Revolutionary France came to construct a new place of residence for other ex-patriots and their beloved Queen Marie Antoinette.

Though most of the settlers did not remain in Bradford County for more than a decade, the legacy of their well-planned village of log homes, churches, shops and a grand maison for the queen has endured. The new panel, which is perfectly situated to depict the layout of the former village below, clearly shows the streets and farming plots that were planned for additional refugees. In addition to a map to direct observers to the historic site below, a timeline across the bottom of the panel details three decades of French influence on Bradford County.

The 24″ x 48″-inch panel was created by DDH Design of Tunkhannock and funded by the Endless Mountains Heritage Region and the Pennsylvania Department of Conservation and Natural Resources, as well as the Bradford County Tourism Room Tax Committee.

The Marie Antoinette Overlook is located just off US Route 6 between Wyalusing and Wysox and provides a spectacular view of the Susquehanna River and numerous municipalities in Bradford County.