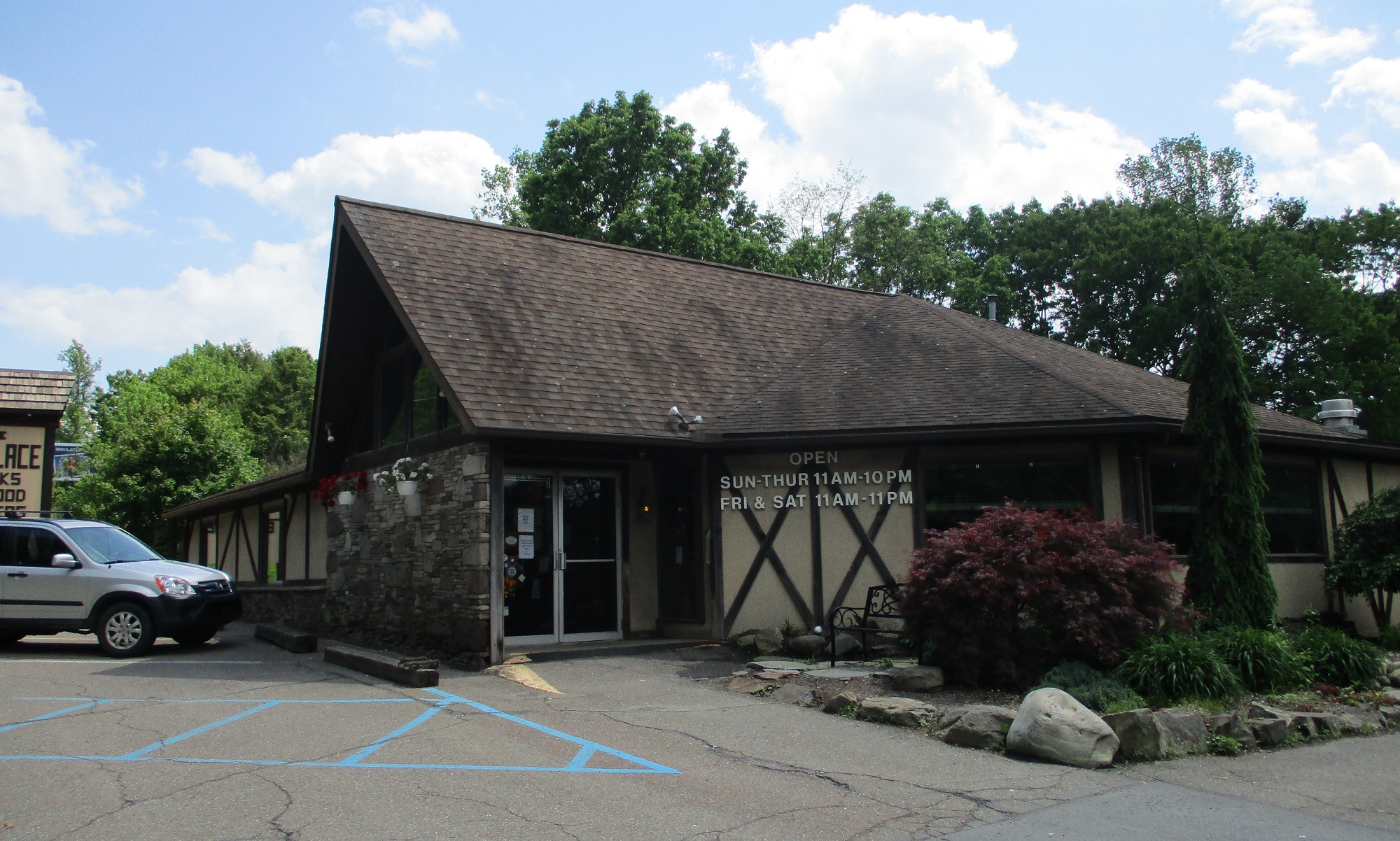 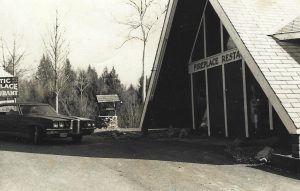 It is not uncommon for popular eateries to change hands many times over the course of decades. So the fact that the Fireplace Restaurant on Route 6 between Tunkhannock and Meshoppen has only had three owners is quite remarkable. Even more so is the fact that current owner Dan Yale has been around for all but five of the 52 years that the iconic family destination has been in operation.

The Fireplace marks its anniversary on July 15, and Dan and his wife, Laura, have now been at the helm for about 14 years. Dan purchased the business from Bob Costello, for whom Dan had worked as a manager. Dan began is lengthy career there as a dishwasher when he was 15 and Tom and Tina Pickett were the owners. He has been cooking at the Fireplace for most of that time.

What sets the restaurant apart from others in the area, in addition to its longevity and popular menu, is the peculiar décor and its structural elements. According to Tom Pickett, the building was constructed from parts of five barns – the upstairs beams and barn boards from Spring Hill, Nicholson, Harding and Laceyville. A downstairs section that is no longer accessible to the public features red wood from a barn that used to sit along Route 92 in the Falls area.

The most unusual artifacts primarily reflect the interests of previous owners, including Costello’s love of fishing, antiques and travel. Some are reminders of stretches of time when some parts of the building were used differently, such as the hanging retro lamps in the pub area that used to serve as a gift shop under the Picketts. Dan remembers installing the lights for Tina. 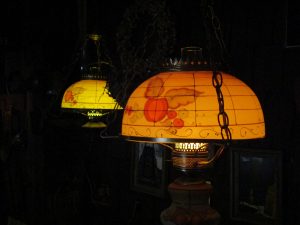 Over the name-sake fireplace that is central to the original dining area hangs a large framed ship with copper wire masts. The masterpiece was constructed by Jack Whipple of Laceyville, who was once a cook there. “He didn’t want to sign it,” said Laura, referring to restaurant lore. “But Tina made him put his first name on it.” 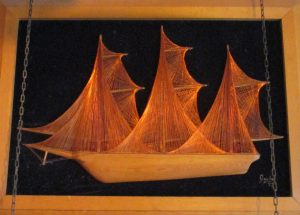 Dan and Laura also love antiques and have added a number of pieces from their own collection and trips across the country and abroad. The amount of local art on the restaurant’s walls continues to expand as well. The offerings, which include paintings, photos, and woodwork represent not only the personal tastes of their creators, but subject matter that, more recently, connects Laura with her Northern Irish and Wyoming County heritage.

Laura stumbled upon a painting at the Nimble Hill wine tasting room in Tunkhannock that literally brought her to tears. She had just left her great uncle Fred Shupp’s brother, Niles, who had returned to the family farm in Osterhout after a stint in the hospital. Laura was part of several generations who had grown up there, living in a one-room schoolhouse that had been converted into a home. 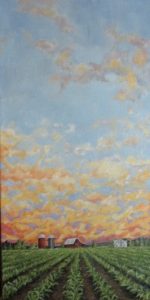 A narrow, vertical oil on canvas rendering by Morgan Simon on the tasting room wall depicted the very view that Laura had seen from her bedroom window during the years that she had been on the farm. She calls it a “God-given moment” that led to her purchasing the piece for Fireplace patrons to enjoy.

Laura’s father, David Watson, was born in Northern Ireland and was sponsored by Carl Gable to immigrate to Wyoming County, where he worked for a while at the original Gable’s Bakery, which was located in Osterhout before relocating in Tunkhannock. One of Laura’s uncles attended Queens University in Belfast.

One day, a photographer named Katie Mitchell stopped into the Fireplace to see if the owners might be interested in her work. She had also attended Queens University and was well-acquainted with Northern Ireland, including where Laura’s Law and Watson relatives still reside. The spontaneous bonding led to the purchase by Laura of several of Mitchell’s pieces, which now adorn the walls of the pub.

Laura (below, left) is a supporter of the Kitson Arts Alliance, the board members of which hold monthly meetings at the restaurant. “I got into the local art scene big,” she said of making room on the walls for numerous works that are available for purchase. “We’ve been selling more local wines and beers and decided to incorporate the arts as well.” 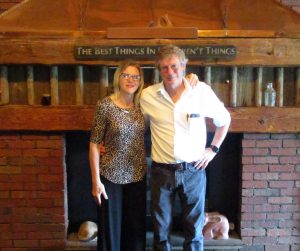 “All of the newer pieces that are tagged are local,” Dan (above) concurred. “They’ll hang here forever, or we’ll sell them.”

In the meantime, Dan’s genuine love for the food service industry will keep him moving along toward his own 50th anniversary at the Fireplace. He admits to still getting an adrenaline rush when the restaurant is packed, which is often. Long-time server Holly Stark will celebrate her 34th year on the floor in August.

The Yale’s daughter, Ashley Weaver, recently developed a new website for the business – www.fireplacetunkhannock.com. The Fireplace Restaurant, which is open seven days per week, also has a Facebook page.

This color sketch commissioned by former owner Tina Pickett, now hanging in the pub, depicts the expanded dining area much as it appears today. 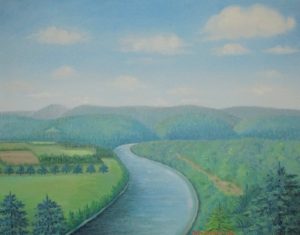 A painting of the Susquehanna River valley by Paul Supeck is one of the oldest pieces of art on the walls. 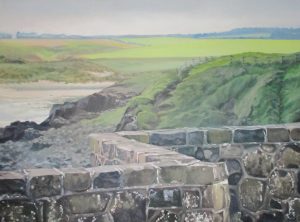 Laura Yale commissioned this painting by Rachel Caudell from a photograph of the Mourne Mountains in Northern Ireland. 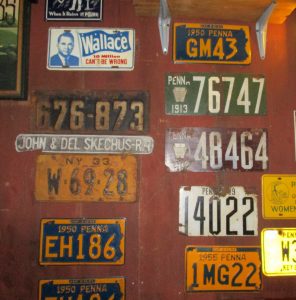 A collection of auto plates in the pub were contributed by both Bob Costello and the Yales.