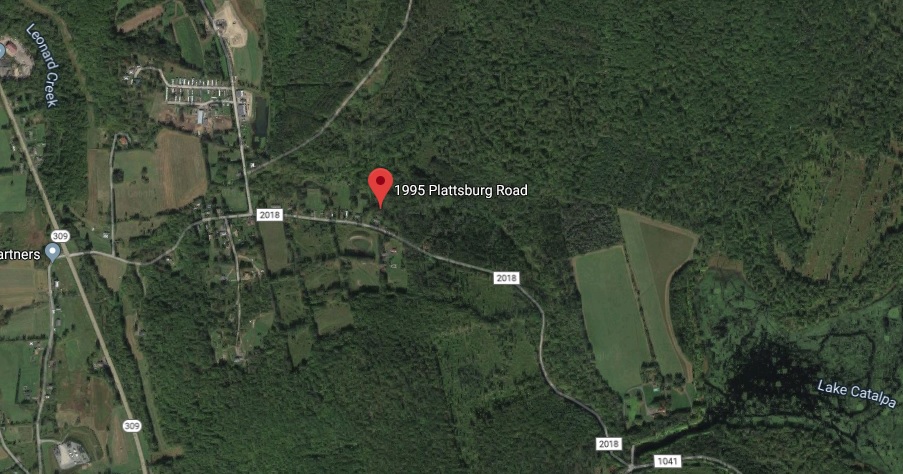 By Rick Hiduk/Map by Google

George Charney of Monroe Township, Wyoming County has been charged with criminal solicitation and promotion of prostitution, attempt to commit prostitution, harassment, and lewd behavior through obscene words and language.

The charges stem from actions Charney, 72, is alleged to have committed in August of 2018 when he repeatedly texted a teenage neighbor and offered to pay him for sexual favors.

According to Wyoming County detective David Ide, the 18-year-old recipient of more than 70 messages visited the county district attorney’s office with his father on Aug. 18 to alert authorities of the situation. The first flurry of messages came through in the overnight hours of Aug. 16. Subsequent batches of texts were received on Aug. 20 and Aug. 26. Generally, the messages were sent between 2 and 7 am.

“It was so weird and freaky,” the victim told detectives. “I didn’t respond.”

Ide’s report indicates that Charney offered to pay the young man as much as $100 if he could perform oral sex on him. “No one will know except you and me. We have to get together. I want to see you. Let me know. You always need money. Let me know what you want, and I’ll pay for it,” read some of the texts. Others were much more graphic, further describing the acts Charney was pursuing. He referenced nearby Nesbitt Road as a potential meeting place in several of the messages.

The victim provided screen shots of the messages to investigators and showed them others directly from his phone. Detectives subpoenaed phone records for both the defendant and the victim and logged them as evidence.

On Aug. 31, Ide and State Trooper Michael Mislevy executed an arrest warrant at Charney’s Plattsburg Road home. Charney waived his Constitutional rights after being advised of such via a reading of the Miranda warnings and allegedly admitted to the harassing messages.

“I know I shouldn’t have texted him like that,” Charney told the officers. “When I drink at night, I start calling and texting people.”

Charney’s preliminary hearing is scheduled for July 18 at the office of District Magistrate Carl Smith in Tunkhannock.