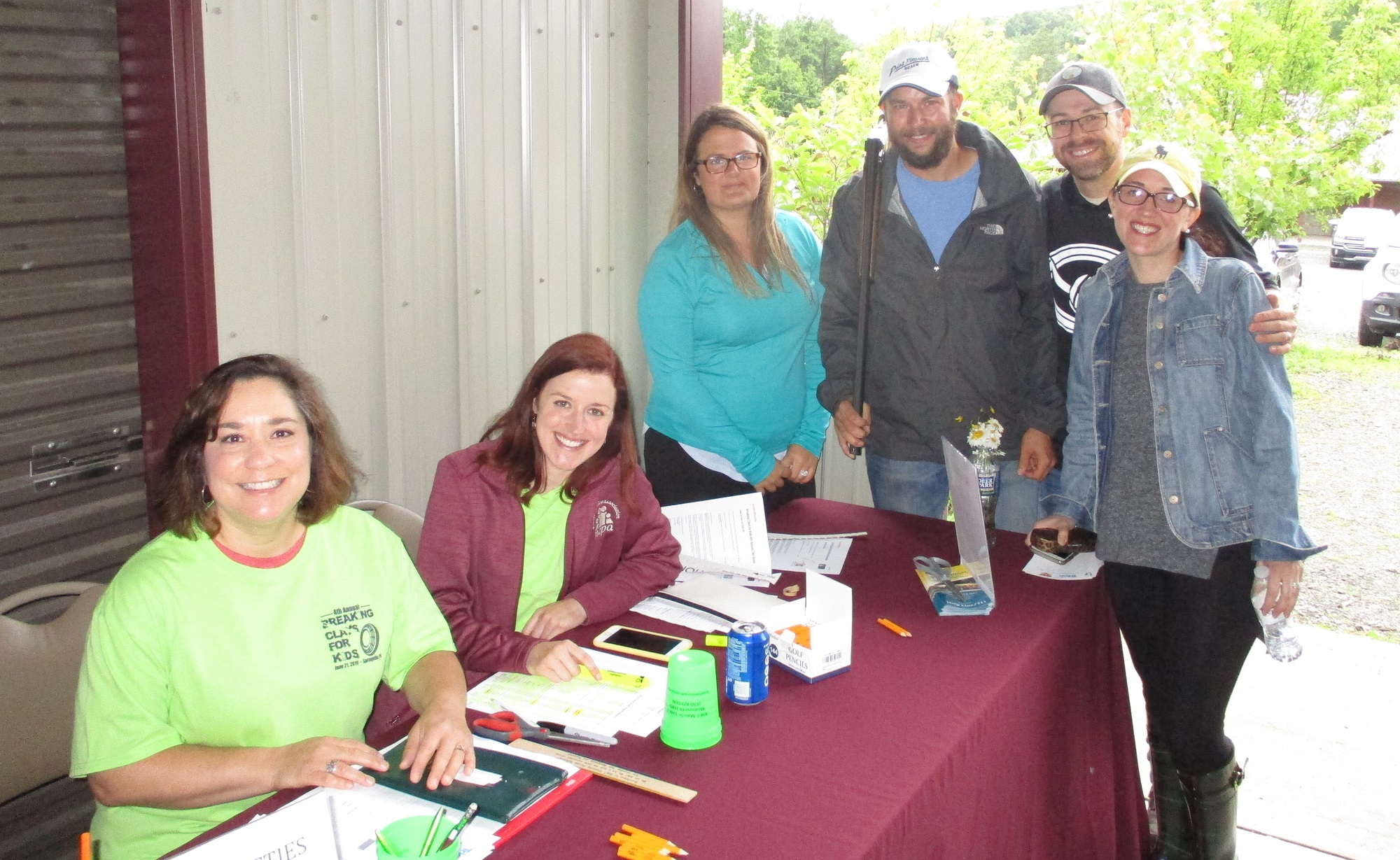 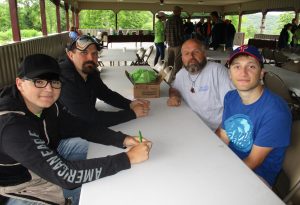 Handling registration on June 21 for Breaking Clays for Kids were (top, from left) Janine Fortney and Amber Loomis. Preparing for a second year of fun and a higher score were (from right) Nina, Scott, Adrian and Amanda Zannon. The tournament also served as a family outing for (from left) Brody Gregory and his father, Tracy, and Eric Ord and his son, Matt. Together they represented Ord Welding of Kingsley. The Gregories both took top honors in the event.

For a fourth year, individuals and employees from a number of businesses in the region gathered at Rock Mountain Sporting Clays near Springville to raise awareness and funds for the Children’s Advocacy Center (CAC) of Susquehanna & Wyoming counties.

Participants in Breaking Clays for Kids ranged from novices to experienced shooters, but all were engaged in the competition to help Family Services Association (FSA) of NEPA continue to provide the comfortable environment needed for children taking part in interviews and examinations after traumatic experiences.

“There are a lot of kids out there who have issues,” Rock Mountain owner Mike Koneski of the situations that lead children to the Children’s Advocacy Center in South Montrose. “Family Services Association plays a big part in getting those kids back onto a better path.”

When physical or sexual abuse of a child is suspected, the process of unraveling the mystery can be one more frightening step for the victim. An expanded facility opened in 2018 provides the space for professionals to do everything they can to alleviate stress while carefully getting to the truth of the matter.

“The people who do this program should be commended,” said Jimmy Husted of Harleysville, a third-year participant in the sporting clays fundraiser. “It makes you feel that you are contributing to something worthwhile.” Husted shoots with Bill Carlson, a resident of Lancaster County who owns a farm and hunting camp just around the bend.

“Each year, it has gotten a little better,” Carlson remarked. “Mike (Koneski) does a great job setting up the event.”

There’s also an element of levity to the clay shoot that brought Team Zanon back to represent the Wyoming Valley Children’s Association. Their debut at the event in 2018 was less than remarkable, but team members have a good sense of humor about their shooting abilities.

“We plan on doing a little better this year,” Scott Zanon insisted.

Nina eventually managed to achieve the Lowest Score overall for the day, for which she aptly received a round of lessons at Rock Mountain.

Fun aside, morning registration was followed by a serious safety lesson provided by Mike and his son, Tad Koneski. Mike related that being able to make a difference in the community through charity and fundraising events is his most enjoyable aspect of the business.

“We had a really good day once again,” CAC program director Janine Fortney said after the event, noting that about a dozen teams of four or more individuals took part.

For more information about the services offered at CAC, interested readers may contact Fortney at jfortney@fsanepa.org or 570-823-5144. 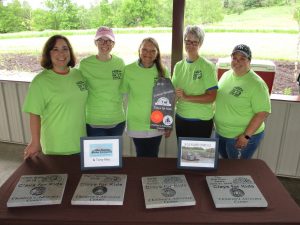 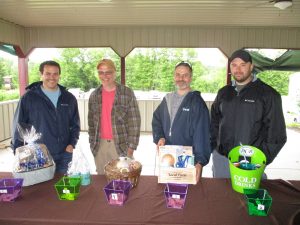 Representing MetLife of Clarks Summit were (from left) Kevin Smith, Phil Baldwin, Dave Brzegowski, and Dan Nestlehut. It was the first time that most of the team members had competed in Breaking Clays for Kids, Baldwin at the suggestion of his daughter Adrian Venesky (not pictured), an FSA staff member. 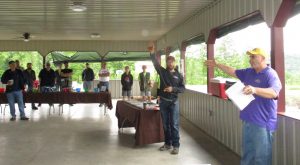 Mike Koneski (right) and son Tad give a safety talk to participants before the start of Breaking Clays for Kids. 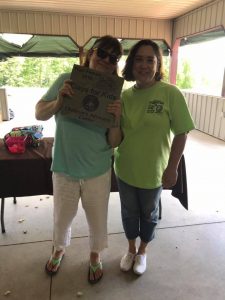