In: Noxen
With: 0 Comments 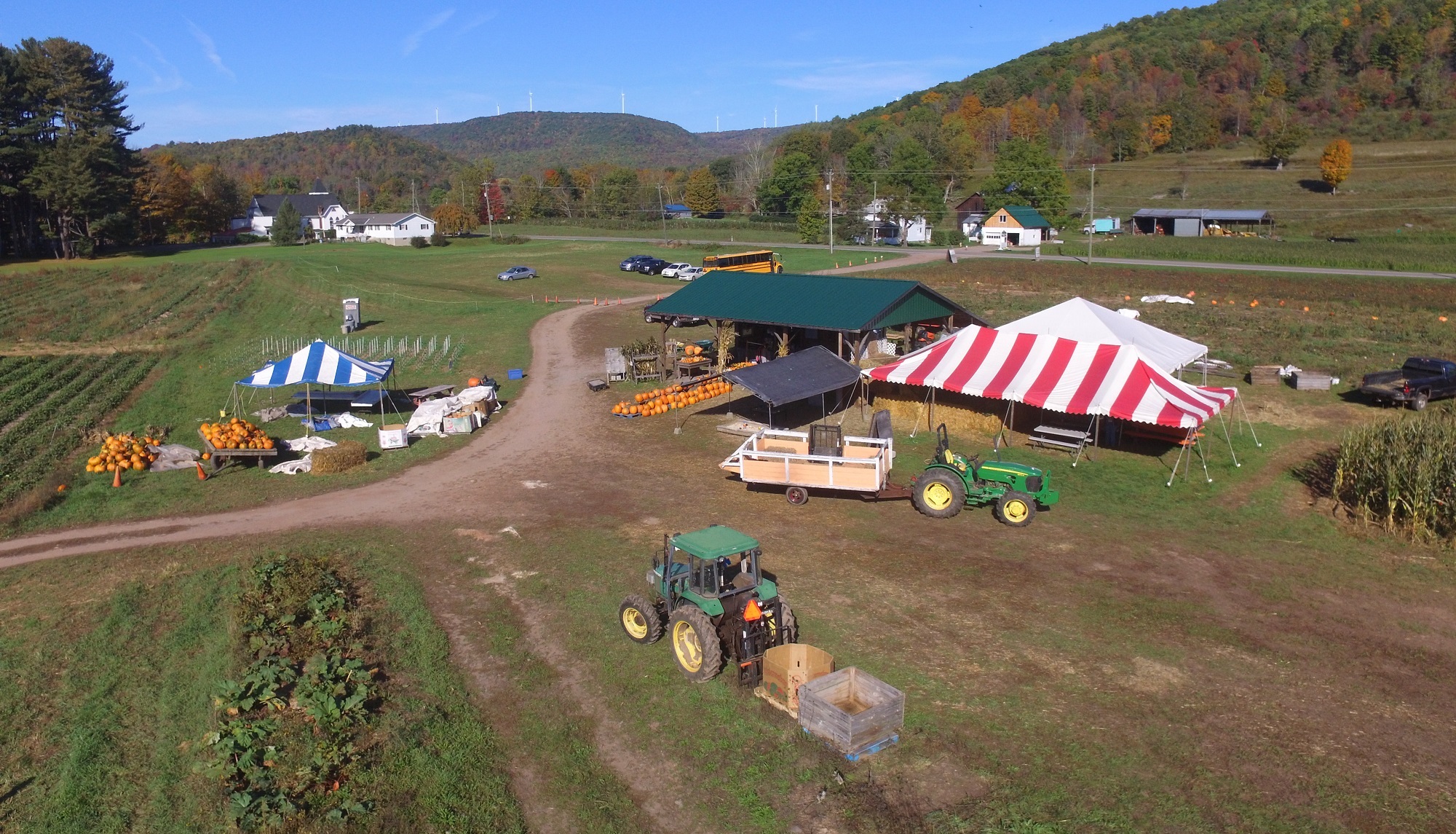 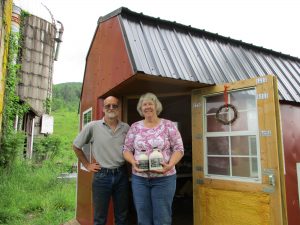 Joel and Stacy stand at the entrance of their mobile sales unit, in which they can stock a variety of produce, including maple syrup.

An enterprise in Noxen Township that started as a wholesale pumpkin farm in 2000 and opened to the public in 2004 as the Whistle Pig Farm for pick-your-own strawberries and pumpkins continues to expand. Over the past 15 years, patrons have been returning to find raspberries, blackberries and blueberries, as well as maple syrup, hay wagon rides and a corn maze. The enthusiasm of owners Joel and Stacy Field grows along with their hands-on crops and suggests that that there is no end in sight. 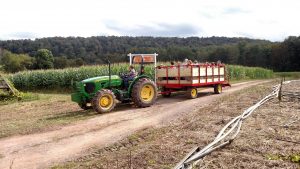 “Blueberries have been a runaway favorite,” Stacy says of one of the newer offerings. “The crops have been amazing, and the people have been coming out of the woodwork for them.” The Fields have recently added pick-your-own peppers and tomatoes and plan to add cherries and elderberries to quench the public’s appetite.

Stacy wasn’t always the agriculture aficionado that she has become over the past decade or so. Joel brought her here from suburban New Jersey. “She didn’t sign up for this,” he laughs. “She didn’t ever want to drive a tractor. But now she can run a fertilizer or any other piece of equipment as well as anyone else.” 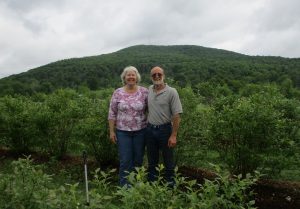 Joel, a 1982 graduate of Tunkhannock High School, had deeper agricultural roots, growing up working apple orchards with six siblings just up Route 29 since the early 1970s. The Grassy Ridge Farm Stand was popular with locals, especially those who liked to bring their families to pick their own fruit. “It was a blast. People had so much fun,” Joel relates. “So we decided to try something similar.”

It was Joel and his brothers who came up with the name Whistle Pig for the new business in reference to woodchucks, which are known by hunters to produce a warning whistle when threatened. The Fields have since used the woodchuck as a mascot on their signage and apparel.

“People sometimes ask us to adopt their pigs under the assumption that we actually have pigs on the farm,” Stacy jokes.

Joel and Stacy are both graduates of Lehigh University, holding degrees in electrical engineering and art, respectively. Joel is also trained in computer repair and continues to do so as a side job. Their three children, Shamus, Natasha, and Zachary are pursuing a variety of degrees, ranging from computer programming to film sound and post production.

Natasha is working on an agricultural business degree, and her parents are hoping she’ll bring her knowledge and experience back to the Whistle Pig Farm when she is ready. In the meantime, Joel notes, “All the kids are grown up now. We’re losing our labor.” That said, the Fields are looking for some hired hands, especially for the fall, which is still the busiest time of the year.

Adding varieties of produce to spread out the peak seasons simply made sense to Joel and Stacy, but they also listen to their customers and try to give them what they want. After the strawberries and rhubarb have been picked in June, the summer raspberry and blueberry patches open. 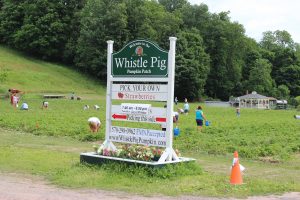 “We’ve never had to advertise our strawberries,” Stacy maintains. “They always get picked.”

August brings on the blackberries, peppers and tomatoes, followed by primocane (fall) raspberries in September. Joel has found primocane berries, which grown on fresh stalks, as opposed to floracanes that grown on second-year wood, to be easier to maintain. “You just mow them,” he says of the fall variety.

October remains the most popular season for the public as the pumpkins turn bright orange in the fields along Route 29. “The fall is definitely a great time of year,” Stacy agrees.

In addition to families, the Fields have been catering to church, school and scout groups. They have a private picnic grove where youths can enjoy a campfire and activities like scarecrow making along with the public activities of the season. “It’s a real fun part of the business,” says Stacy. 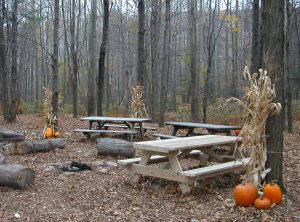 At present, winter provides a needed break for the Whistle Pig farmers to do equipment and building maintenance and plow some crops under for the sake of rotation, which prevents the depletion of minerals or soil nutrients upon which particulars plant depend.

But winter can also be a scary time for growers in the Fields’ neck of the woods. The winter of 2018-19 was long though not especially cold for most people in the region. But one night the temperature plummeted to 16 degrees below zero and stayed there for several hours, killing a lot of blackberry plants. “We’re a little frost pocket,” Joel explains. “Cool air puddles in the valleys.” Joel has a weather station on the property to record and track data.

It appears that whenever Stacy and Joel have time to think, they are looking to a horizon where the sun never sets. They are pondering the addition of apples and maybe even Christmas trees to their ever growing cornucopia in the coming years.

Readers can follow Whistle Pig Pumpkin Patch on Facebook for regular seasonal updates or call 570-298-0962 for information on package deals for groups of visitors. 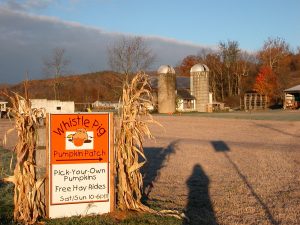