In: Outdoor Recreation
With: 0 Comments 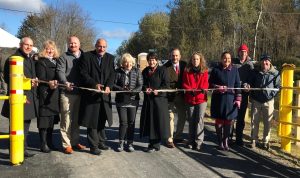 Waterways, including many streams and Hathaway Lake (top) in Ararat Township are unique elements of the vistas enjoyed from the D&H Rail-Trail, which has been awarded 2021 PA Trail of the Year. PA Rail-Trail Council members and EMHR representatives joined public officials (above) for the grand opening of a section of the D&H Rail-Trail near Ararat in 2018.

The D&H Rail-Trail, 33 miles of which runs through Susquehanna County, has been designated 2021 PA Trail of the Year by the Department of Conservation & Natural Resources (DCNR). Managed by the Rail-Trail Council of NEPA, the D&H Rail-Trail was nominated by the Endless Mountains Heritage Region. This marks the first time since the program was initiated in 2014 that a trail in the Endless Mountains has garnered such significant state-wide attention.

According to DCNR secretary Cindy Dunn, trail use throughout the state dramatically increased during the pandemic as residents and visitors sought healthier recreation options. The D&H Rail-Trail, which runs north from Lackawanna and Wayne counties along the old Delaware & Hudson Railroad bed, exemplifies the rural beauty of northeastern Pennsylvania and “demonstrates the benefits of trail connectivity and provides an example of what can be accomplished with strong community engagement.”

The Rail-Trail Council was initiated in 1991 to secure funding for the purchase of the old corridor and to begin the process of clearing it out and making sections of the trail accessible to the public a few miles at a time. The EMHR has awarded nearly $32,000 in Partnership Grants to the Rail-Trail Council for trail improvements and signage, and that’s just since 2012.

“Factor in its intriguing history surrounding the Delaware & Hudson Railroad, as well as the municipalities it cuts through, and it just seemed like a trail and organization worthy of such an honor,” EMHR executive director Cain Chamberlin remarked. “This is truly a destination trail that everyone should experience.”

“I love so many areas of the trail,” Rail-Trail Council director Lynn Conrad added, “especially when along the streams.” Its slight grade affords even inexperienced hikers unique views of waterways, forest and farms, stone walls, and wildlife.

Bids were recently put out to complete a 7.5-mile section to the New York border in the Lanesboro area, and a grant has already been secured for completion of a four-mile stretch in the Thompson area. When the trail is complete – Conrad is hoping within five years – it will run through or past Forest City, Union Dale, Herrick Center, Burnwood, Ararat, Thompson, Starrucca, Stevens Point, and Lanesboro.

“It’s a great trail to connect with nature, history and our many beautiful main streets and towns in northeastern Pennsylvania,” Chamberlin related.

“We are preserving and interpreting a historical transportation route through the Endless Mountains,” said Conrad, who admits that her new favorite stretch is along Starrucca Creek from Brandt to Lanesboro. “It has so much history and natural features.”

It is Conrad’s commitment to its completion and the dedication of her staff and volunteers to the D&H Rail-Trail that caught the attention of the EMHR and led to its recognition by the DCNR. “Lynn and the Rail-Trail Council have done a tremendous job maintaining and developing trails around the region,” Chamberlin maintained, citing the Endless Mountains Trail near Montrose as another successful partner project. Chamberlin participated in the ribbon-cutting event for the Ararat/Herrick stretch of the D&H and is looking forward to many more.

“The EMHR supports our mission because it mirrors theirs in so many ways,” said Conrad. “And their support helps bring attention to this beautiful area of northeastern Pennsylvania.”

This year also marks the first time that an entity other than a trail management organization itself has nominated a trail. Conrad also garnered 10 letters of support that were submitted along with the application. The D&H also overlaps the Lackawanna Valley Heritage region and the Poconos Forest and Waters Conservation Landscape.

The winner was determined by the Pennsylvania Trails Advisory Committee, which implements the recommendations of the Pennsylvania Trails Strategic Plan. In addition to receiving state-level promotion for the D&H, the Rail-Trail Council of NEPA and will receive a $10,000 grant administered by WeConservePA to be used for enhanced safety and signage. 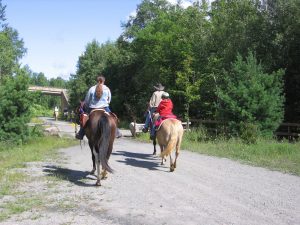 The D&H Rail-Trail is accessible year-round and can be used by motorized and non-motorized users, including walkers, bikers, equestrians and snowmobiles in season. Secretary Dunn noted that its ongoing development continues Pennsylvania’s tradition of being a leader in trail development and is an integral part of the more than 12,000 miles of trails in the Commonwealth. The DCNR’s goal is to eventually have a trail available within 10 minutes of every Pennsylvanian. 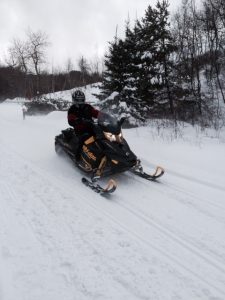 The EMHR will work with the Rail-Trail Council to plan and promote their annual D&H Distance Run, half-marathon and 5K Run and potentially a bike ride. “We are hopeful that COVID will not interfere with any summer events we plan, as we really want the public to experience the trail in-person, rather than virtually,” Chamberlin stated. 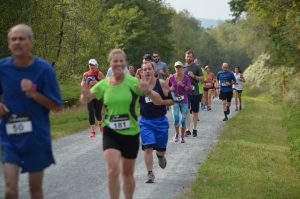 For more information on the D&H Rail-Trail, interested readers can log on to www.neparailtrails.org/guide/trails/. To see additional trails in the Endless Mountains Heritage Region, which includes Bradford, Sullivan, Susquehanna and Wyoming counties, log on to www.emheritage.org. 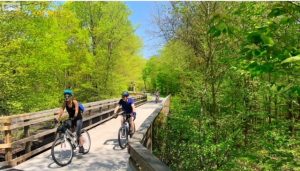 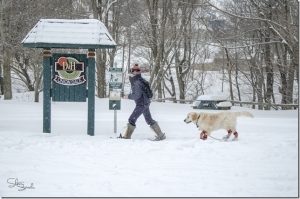 A snowshoer and dog pass the Union Dale trailhead. 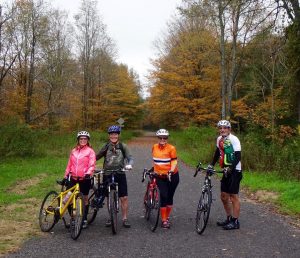 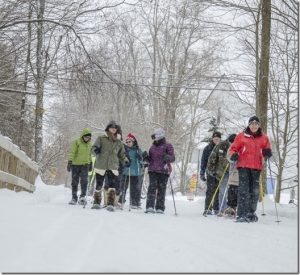 A group of snowshoers enjoy wintry weather on the D&H Trail near Union Dale. 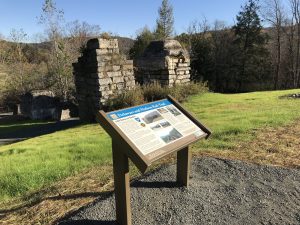 The PA Rail-Trail Council will receive a $10,000 grant as part of the award to enhance safety of the trail and to erect more interpretive signage like this one near the remains of the Little Starrucca Viaduct. 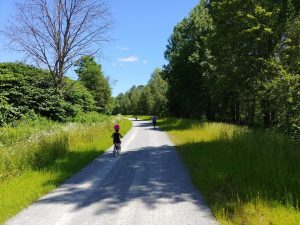