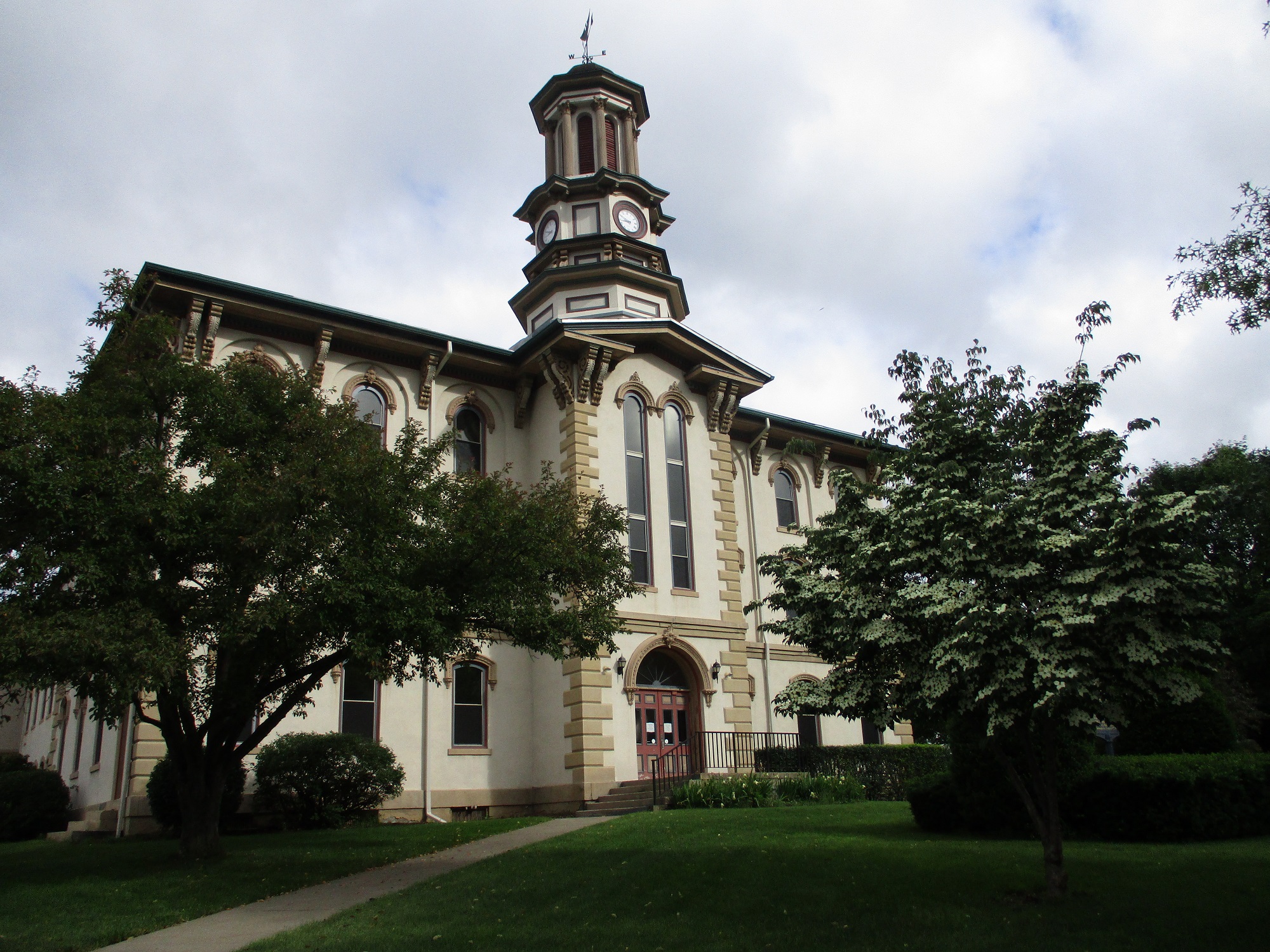 The Wyoming County Commissioners approved the purchase of one the enormous American flags that have been routinely used as banners in recent years at services honoring first responders. It was brought to their attention by a member of a local fire company that Wyoming County has been borrowing a flag from a neighboring county and that the borrowed banner was beginning to show signs of wear.

According to commissioner Tom Henry, the new flag will cost $396 and will be available for Wyoming County municipalities to borrow. It should arrive within 10 days.

A New Level of 911 Enhancement

The commissioners also approved spending $80,000 in Act 13 on a six-year Pictometry Imagery contract. Approximately $80,000 has already been spent by the county’s 911 Center in acquiring the initial Pictometry set-up, which provides highly-detailed aerial imagery that assists emergency agencies and government leaders with decisions. The new contract includes two fly-overs of the area, which will provide fresh data that can be interpreted from every angle.

Exeter Township supervisor Rick Wilbur asked if the information would be available to municipalities, to which commissioner Judy Mead responded affirmatively. She said that she hopes and wishes that municipal leaders would take better advantage of a lot of data and programs in which the county has invested for their use. The funds had been set aside for a project on which the county was working with the state that never came to fruition, said Mead.

On a related note, Henry reported that 61 county residents have registered their profiles for the Smart 911 System since WNEP aired a segment about the program.

Acknowledging that the roster of corrections officers at the county’s correctional facility in Tunkhannock is continuously changing, Henry suggested that many of those who do not last long at the jail simply weren’t up to the challenging task.

“It’s not an easy job, and it’s not easy to fill,” he stated. Despite the best intentions of applicants, he added, “They get in there and find out that it is not the job for them.”

County chief clerk Bill Gaylord noted that there have also been a number or retirements recently of corrections officers who have been at the jail for more than 30 years and their positions need to be filled.

As per this morning’s agenda, it was reported that Cheverly Chichura had been promoted from part- to full-time on June 9, that Zachary Beeman will start working at the prison on a part-time basis on June 19, and that Makayla Cole resigned from her corrections officer position on June 6. Cole, Henry noted, wrote in a departure letter that she had really enjoyed her job but was relocating to Florida with her family.

The commissioners will gather at the Moose Lodge in Eaton Township on Saturday, June 15 to help the Tunkhannock Business and Professional Woman honor Cathy Franko as the group’s 2019 Woman of the Year. Frank is the executive director of Hands of Wyoming County, a member of the Advisory Board of Early Intervention Inclusion Committee and is involved with reading intervention groups. She has worked with various school districts in a number of capacities, as well as with the Wyoming County United Way Educational Task Force.

Seating is still available for Saturday’s event at $20 per person. Barb Landon is handling reservations at 570-240-1955.

2019-06-11
Previous Post: Fritz to Highlight Impact, Growth and Opportunities of Natural Gas Industry
Next Post: Inclusive Campground Thrives as ‘Community within a Community’