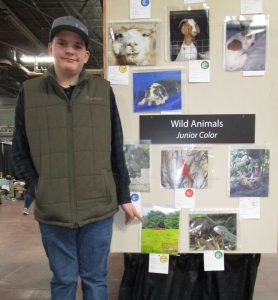 Corbin Bruce (above) of Athens points to one of his winning photos in the PA Farm Show. His sister, Shelby (not pictured), also did well with her photo entries. Corbin picked up a win in the youth photo contest with this simple shot (top) of livestock on the family farm.

Two FFA members from the Athens area entered a number of photos at the Pennsylvania Farm Show, which started on Jan. 7 and will run through Saturday, Jan. 15 at the Farm Show Complex in Harrisburg. Sister and Brother Shelby and Corbin Bruce submitted prints of photos that they took on their farm, around the Athens area, and elsewhere.

The siblings won several ribbons for a variety of subject matter, including farm animals and images depicting their shared hobbies.

According to Corbin, he had never submitted photos for judging before but, “I just went on a picture spree.” Corbin is a seventh grader at Athens High School. He had also intended to show a market hog in the junior livestock showing competition, but the pig fell a few pounds short of the required weight.

Shelby is a 2021 Athens graduate now studying physical therapy at Penn Tech. She has been active in both the FFA and the North Towanda 4-H Club. 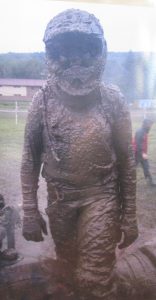 One of Corbin’s winning images is of Shelby (above) coated in mud, wearing a helmet and racing suit. He and Shelby both enjoy quad racing and hare scrambles, a form of off-road motorcycle racing through the woods or taking laps on a man-made rugged terrain. “We love the mud,” Corbin remarked, adding that his mother, Melissa Bruce, may not like it as much.

Corbin’s other winner was a farm scene featuring two red angus cows, a black angus and a horse hanging out together in a sun-drenched field. Shelby’s photos included one of her dog, Maggie, and winning shot of some wild cats (below) at a Florida zoo. 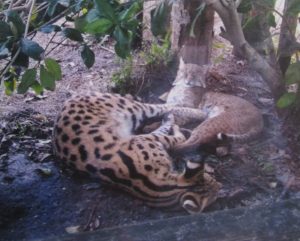