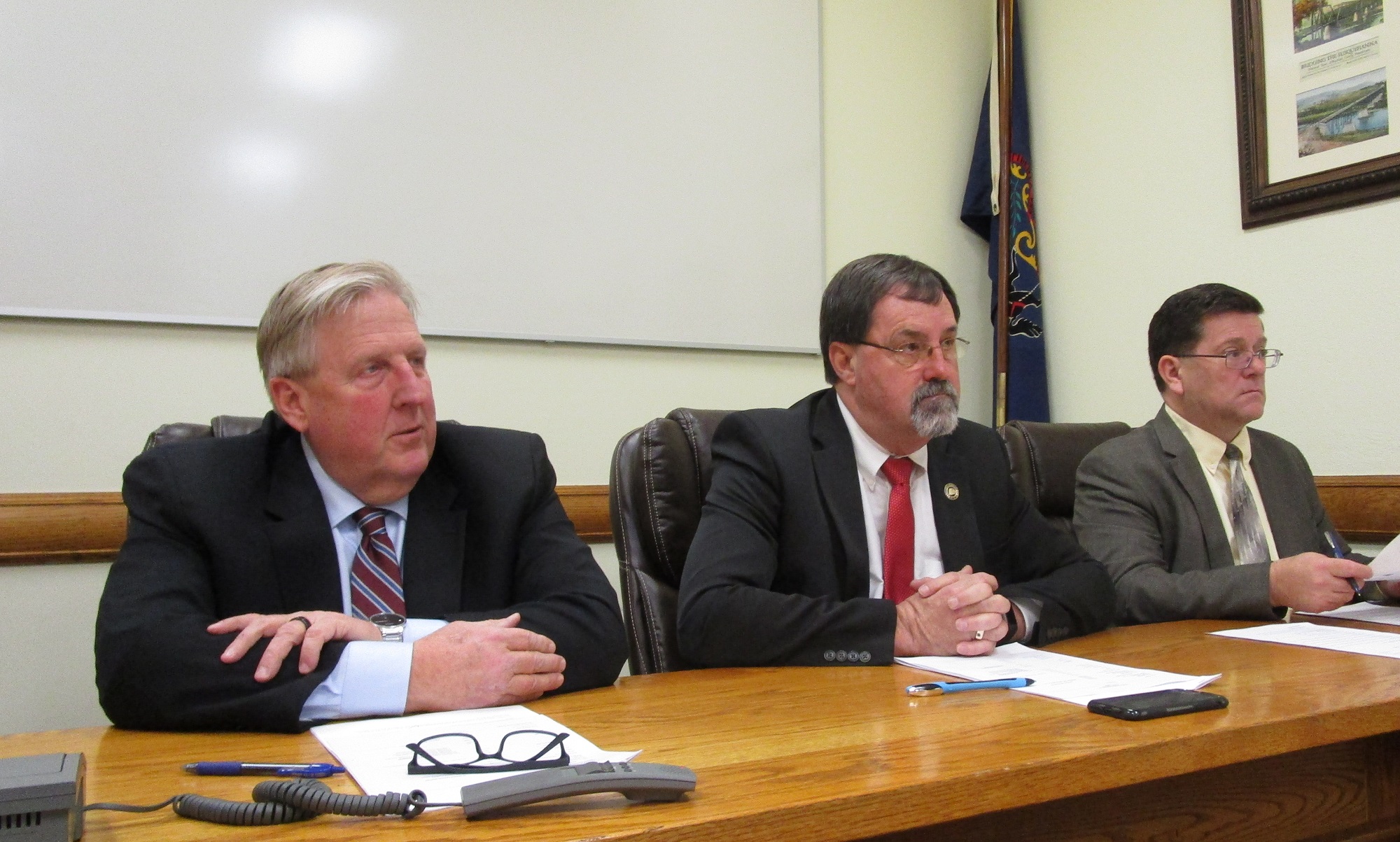 The Bradford County Commissioners approved a 2020 budget of nearly $92 million on Thursday and announced dozens of transfers, promotions, new hires, and board appointments as they wrapped up business for the year prior to a final public meeting set for Thursday, Dec. 19. All three commissioners in Bradford County were re-elected in November, so the decisions they made today are all but permanent.

“She has been involved in the ag community for a long time,” commissioner Ed Bustin said of Harris’s experience. Her family still actively farms near Troy, and Harris served for many years as the park naturalist and outreach coordinator for Mt. Pisgah State Park.

More than two dozen people will enter 2020 with new job titles in Bradford County, including 19 at Bradford County Manor alone. There were seven staff changes noted in Children & Youth Services, three in the Mental Health/Intellectual Abilities department and one each at the Bradford County Correctional Facility, Probation Office, and District Attorney’s Office, where retiring DA Daniel Barrett appointed Elizabeth Schultz as winter intern.

Upon confirming the salaries associated with all of the changes, commissioner Doug McLinko said, with tongue-in-cheek, “And with that, I’m pretty sure that nobody in Bradford County is left without a job.”

Additionally, numerous service contracts for C&YS were approved, as were funding agreements between the county and several partnering entities like Youth Advocate Programs, the Endless Mountains Transportation Authority, and Main Link.

A new contract with Vision Government Solutions will provide $81,600 in new software for the Assessment Office. According to chief assessor Donna Roof, the upgrades are “necessary improvements to continue to support current services.”

The new budget of $91,919,515 was unchanged since the draft version was released in mid November. There are no new taxes associated with the spending plan, and employees across the board will receive a two percent raise. According to commissioner Miller, the budget is the largest ever passed in Bradford County.

“It’s an eye-popper because of a lot of capital improvement projects we’re doing,” he explained. They include a $15 million public safety building, $4 million bridge bundle project, and $1.5 million fiber loop project to expand broadband services in the county. Miller listed a new fire safety training building and about $400,000 earmarked for first responders among smaller but important expenses.

Although the year-to-year increases maintain an average of 2.9 percent, he noted, individual budgets for C&YS and the prison have grown faster. Miller attributes the higher costs to C&YS to new laws and requirements imposed by the state in the wake of the Jerry Sandusky incident and jail costs to an ongoing drug epidemic.

Wages and salaries top $20.7 million and $6.3 million, making up about 23 and 7 percent of the budget respectively. “Obviously, salary and benefits are among the largest portions of our annual budget,” said Miller. “All of our elected officials do a good job of keeping costs in line. We’re very thankful to have people who are being responsible as to how tax dollars are utilized.”

Updates on Departments and Partnering Agencies 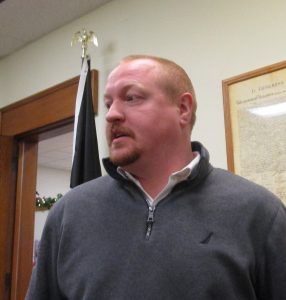 Endless Mountains Heritage Region executive director Cain Chamberlin stopped by the meeting to provide a recap of his first full year working with the commissioners on numerous endeavors, including the successful Bradford County Summer Parks Series. Chamberlin (above) also cited county planner Matt Williams for the work his department has done already for a new Digital Heritage Map, compiling and integrating information from Bradford, Sullivan, Susquehanna and Wyoming counties. McLinko, in turn, congratulated Chamberlin for bringing a new brand of leadership to the EMHR that led to the organization’s acquisition of a $242,000 grant from the PA DCNR.

According to commissioner Bustin, the Bradford County Library System enjoyed a particularly good year with a combination of engaging events and the rolling out of a new Bookmobile that is making its way about the county. The wrap-around motif on the $257,000 vehicle, which was made possible through a combination of public and private donors, is so realistic, Bustin remarked, that it gives the impression “that you are looking into a library full of kids.” The public will be seeing the Bookmobile in parades and at various festivals over the next year. Bustin suggested that he’d like to have the Bookmobile at the courthouse to concur with a commissioners meeting so that the media can get a good look at it.

Commissioner McLinko noted that work is coming along quickly at the county 911 center under construction in North Towanda Township. The structural frame is complete and precast walls will go up soon. McLinko said that engineers told him interior progress will follow at a rapid pace.