Bluegrass Festival at Tunkhannock to Offer More Than Ever Before 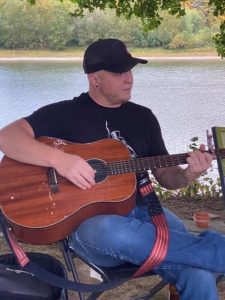 The Hillbilly Gypsies (top) will return to the Progressive Stage at the NEPA Bluegrass Festival, where Kevin Doupe (above) of Towanda will make his debut. The festival runs from Thursday to Sunday, June 3 to 6.

Excitement is building among NEPA Bluegrass fans as this year’s festival in Lazy Brook Park, Tunkhannock draws closer. The event will be held Thursday to Sunday, June 3 to 6. In addition to headliners like Doyle Lawson & Quicksilver, the Malpass Brothers, Valerie Smith & Liberty Pike, the Little Roy and Lizzy Show, The Dave Adkins Band, Sideline, and Seth Mulder & Midnight Run Bluegrass on the Main Stage, an impressive roster of regional and up-and-coming acts will be filling the Progressive Stage this year.

Performers in the pavilion along Tunkhannock Creek on Friday and Saturday will include Mark Miklos, Kevin Doupe, Mama Corn, Remington Ryde, Hillbilly Gypsies, Serene Green, and the Texas Rose Band, led by Sandi Morola, who will also serve as the Progressive Stage emcee. The show starts a little later and runs well into the evening, which is just the way Progressive Stage fans like it. 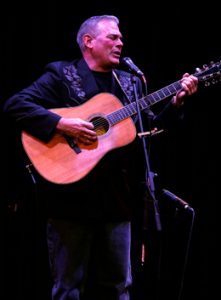 Mark Miklos (above) hails from Edison, NJ, and enjoys working the East Coast bluegrass circuit. He bought his first guitar when he was 18 after hearing “You’re Cheatin’ Heart” by Hank Williams, Sr. He’s proudly hooked on old time country music and still includes that song in most of his sets.

Kevin Doupe is from New York’s southern tier and now calls Towanda, PA, home. He was brought up on his parents’ classic country and went through an alternative and grunge stage in the ’90s. His musical tastes evolved to include the new country sound and Americana, and he became a fan of former Scranton-based bluegrass band Coal Town Rounders. All of these influences can be heard in his sets, as he strives to deliver surprises to his audience. 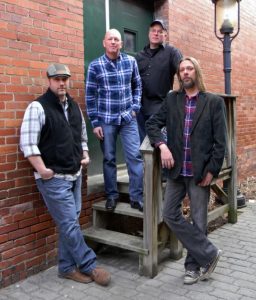 The members of Mama Corn (above) started jamming together at open mic nights in 2006 and formed their band a year later. They were already gathering steam on the bluegrass circuit when the played a benefit concert in their hometown of Morganton, WV, and caught the ear of an organizer of the Smoked Country Jam Bluegrass Festival where, as they put it, they got to play alongside their “heroes.” They’ve also become regulars at NEPA Bluegrass.

Remington Ryde (below) formed in 2005, lead by vocalist and guitarist Ryan Franhouser, who also writes many of their songs. In recent years, they’ve garnered a pile of nominations from the Society for the Preservation of Bluegrass Music in America (SPBGMA), including Entertainer of the Year. The five-piece band has acquired such a following in both the United States and Canada over the past decade, that they host their own bluegrass festival in Center Hall, PA, each July. 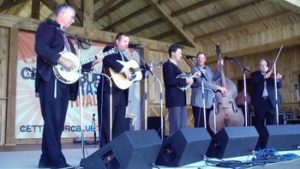 The Hillbilly Gypsies are venerable Progressive Stage favorites who also happen to be friends with the members of Mama Corn. They have two decades of original mountain music and bluegrass under their belts from performing in their home state of West Virginia and beyond. Their “old timey” approach to entertainment, combining undeniable talent with a bit of cornball humor, gives their act an authentic barn party feel. 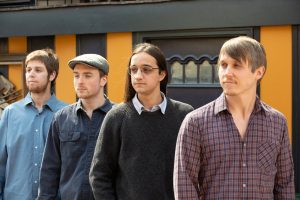 Serene Green (above) is a native Pennsylvanian band featuring four men who’s shared desire is to create their own music and style while honoring the traditions set forth by pioneers of bluegrass music. They’ve released two studio albums so far and have played hundreds of festivals across at least 15 states, including NEAP Bluegrass.

Listening to Sandi Marola’s Texas Rose Band (below) is like stepping back in time, as Marola whoops and hollers and swirls her skirt as the talented musicians around her produce an intoxicating blend of traditional bluegrass and old time country music. Marola’s southern charm and quick wit make her a natural as emcee of the Progressive Stage. 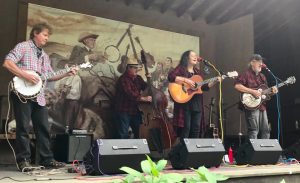 Between performances, there’s plenty more to do and see in Lazy Brook Park. Budding musicians are encouraged to bring their instruments, as you never know when a pickin’ parlor may pop up. But there are professional workshops to help hone one’s skills as well. Keith Arneson will assist banjo players at 11 am on Saturday, followed by a beginner guitar session with Rob Amadio at noon. Danny Stewart Jr. will provide tips on the upright bass at 1 pm, and the Struck Brothers will cover guitar maintenance at 2 pm. Danny Stewart, Sr. will be giving mandolin lessons at 3 pm, and Sarah Williams rounds out the workshops with fiddle instruction at 4 pm. 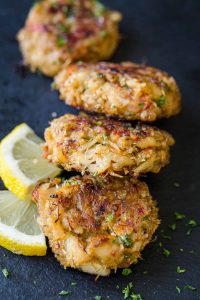 No one should ever go hungry at the NEPA Bluegrass Festival, as food is served somewhere in the park from morning to late night. Offerings this year will include seafood crab cakes, New York-style speedies, barbecued pulled pork, corn fritters, maple milk shakes, pizza and calzone, pretzel creations, brownie sundaes, toffee and brittle, wine slushies and local beer, and whoopie pies. 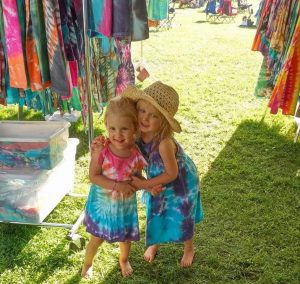 Nothing beats shopping while listening to live music, and festival organizers Danny and Christa Stewart have lined up a wide variety of vendors. Items available for purchase will include tie dye, jewelry, wood carvings, t-shirts, soaps, hoodies, candles, ball caps, lotions and festival merchandise. Guests can even get a full- or half-body massage while they relax to the music.

Early risers on Sunday are invited to an old-time gospel sing and jam session with Mike and Mary Robinson. They met on the evangelists circuit more than 20 years ago and refer to their set as a ministry in bluegrass. After a short break, the Main Stage comes alive again on Sunday with another round of headline acts and emcee Stephen Simpson.

Free camping is available for those who purchase full weekend tickets in advance. Individual day passes will be available at the gate. For more information, interested readers can log on to www.nepabluegrass.com or follow the NEPA Bluegrass Festival Facebook page. Read more about headline acts here: http://www.endlessmtnlifestyles.com/nepa-bluegrass-festival-makes-return-to-tunkhannock/