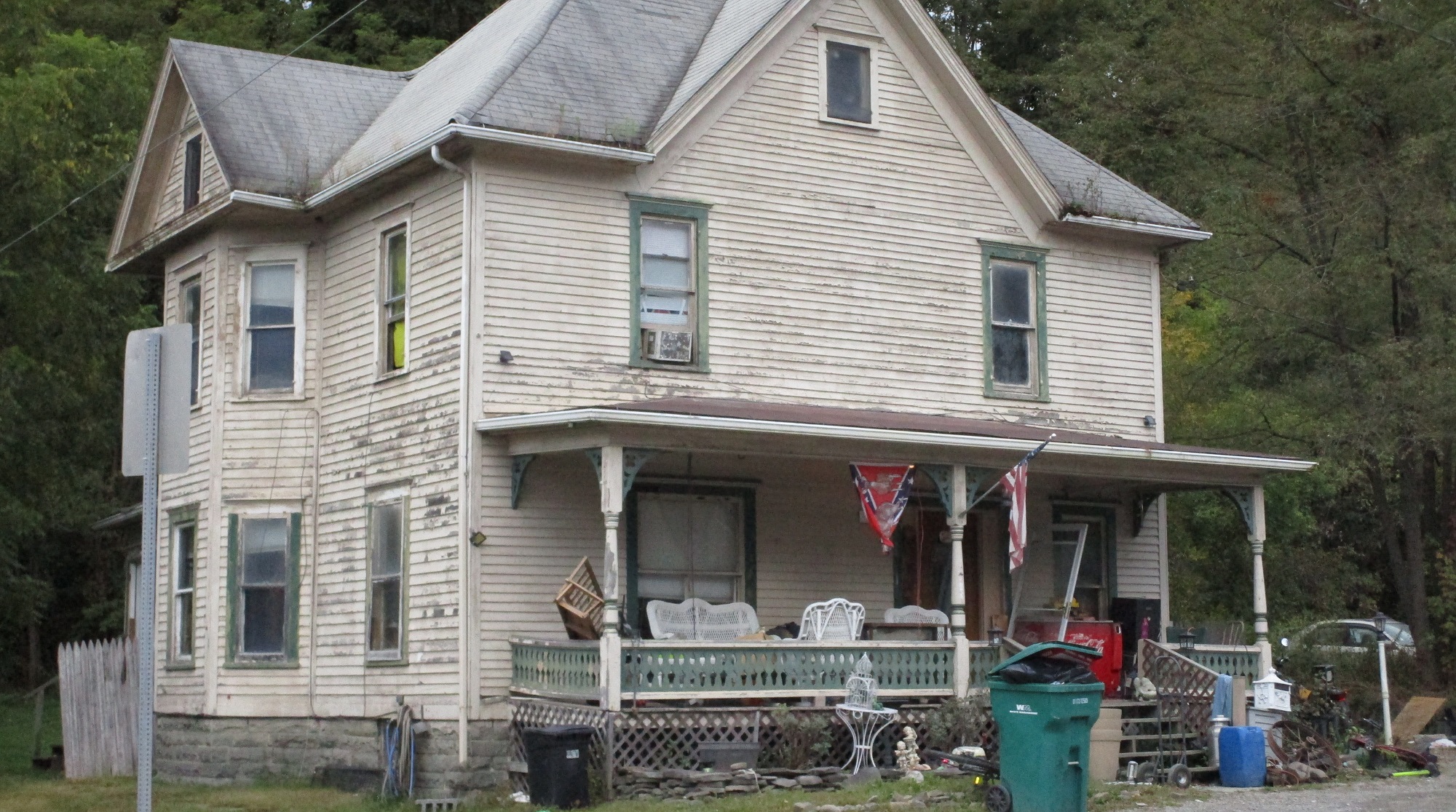 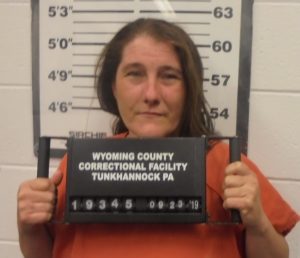 Police have made at least two visits to the house on Sterling Street behind the Meshoppen Post Office this month. On Sept. 11, resident Martha Burd (above) was charged with two counts each of simple assault and physical harassment by Meshoppen Borough Police. Similar charges have been filed against her husband, Clifford Burd, in addition to “propelling a missile into an occupied vehicle.”

From all accounts, the front porch and yard of the rental property must have looked to the neighbors like a professional wrestling ring as Burd and her 16-year-old daughter, the mother of another 16-year-old girl listed solely as “the victim,” her adult daughter and, at some point, Clifford Burd were screaming at, shoving and hitting each other.

The ruckus in front of the house ended after Clifford allegedly threw a 50-pound concrete bird bath base at the victim’s mother’s vehicle, smashing the window of the car before the mother pulled away with the older daughter. Police were unable to interview Clifford, as he had fled the scene prior to their arrival around 10:30 pm.

Police chief John Krieg responded to the call about a domestic dispute at the residence, and observed fresh green paint all over the porch, steps and ground upon his arrival. Martha Burd immediately came out of the house, screaming that she wanted the 16-year-old listed as the victim arrested for “trying to kill her daughter’s baby.”

Martha made many references to the victim as “a whore” and “f**king slut,” suggesting that the girl was involved in sexual relations with Martha’s daughter’s boyfriend.

Apparently, a young man dating Martha’s daughter had been staying at the residence and had decided to leave and return to “his old house” with blankets and pillow in tow. He had called the “the victim” and asked her to walk with him by way of the ball field in the community park. Accounts vary slightly, but Martha, her 16-year-old daughter and Martha’s teenage son followed the victim and the young man to the park and eventually confronted them.

According to the police report, Martha and her son and daughter repeatedly called the victim a “slut” and “whore” as they approached them on the ball field. Martha’s daughter then allegedly attacked the victim, hitting her and shoving her to the ground several times.

The victim told Krieg that she finally decided to defend herself and took a swing at Martha’s daughter, initiating a more intimate struggle than included the victim’s knee or foot making contact with Martha’s daughter’s stomach. Martha’s daughter yelled, “You kicked me in the stomach! You killed my baby!”

Earlier in the evening, Martha had left several messages for the victim’s older sister saying that she wanted to talk to their mother. The older sister had initially missed the calls because she was working. In the meantime, the mother had received a call from her younger daughter from the park about the fight and relating that she was afraid that Martha and her daughter would return and cause her further harm.

So the mother picked up the older daughter where she worked and they went to the Burd residence to see what Martha wanted to talk about, and the aforementioned brawl on the front porch ensued. Martha and her 16-year-old daughter told police that those present included the victim’s older sister and mother, Martha and her 16-year-old daughter, Martha’s teenage son and his friend. The boys were witnesses to the events that unfolded but apparently chose not to be involved.

The victim’s mother and older sister both said that Clifford Burd was present and heavily involved in the fighting, striking the mother in the face and pinning her against her car with the driver’s side door. At one point, someone threw an open can of green paint at the mother, covering her hair, face and much of her body.

When Krieg returned to the residence and asked about Clifford’s involvement, both Martha and her daughter admitted that he was present but insisted that he was not involved. It was on Krieg’s second visit to the home that noticed the bird bath base, which he reported had glass on it and marks consistent with the damage to the car.

A neighbor told Krieg that she heard loud noises and saw five or six people hitting one woman with objects and their hands. She also saw Clifford on the porch, noting that he went into the house at one point and returned with something in his hands.

Martha was remanded to the Wyoming County Correctional Facility. A warrant was issued for Clifford’s arrest. A preliminary hearing for Martha is scheduled at magisterial district justice David Plummer’s office on Oct. 2. 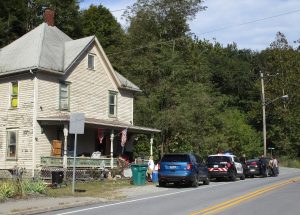 On Sept. 23, local, county and state authorities descended upon the home for a period of time during the morning hours. A county sheriff’s deputy indicated that the visit was “Children & Youth” related, and two women not in uniform were in and out of the house several times. Chief Krieg was also seen removing what appeared to be a potted marijuana plant from the home and putting it into one of the police vehicles. 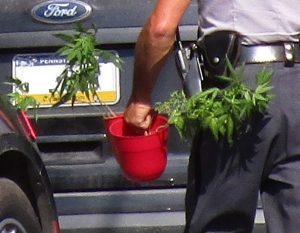