Tioga Street and Route 92 Among PennDOT Targets for 2017 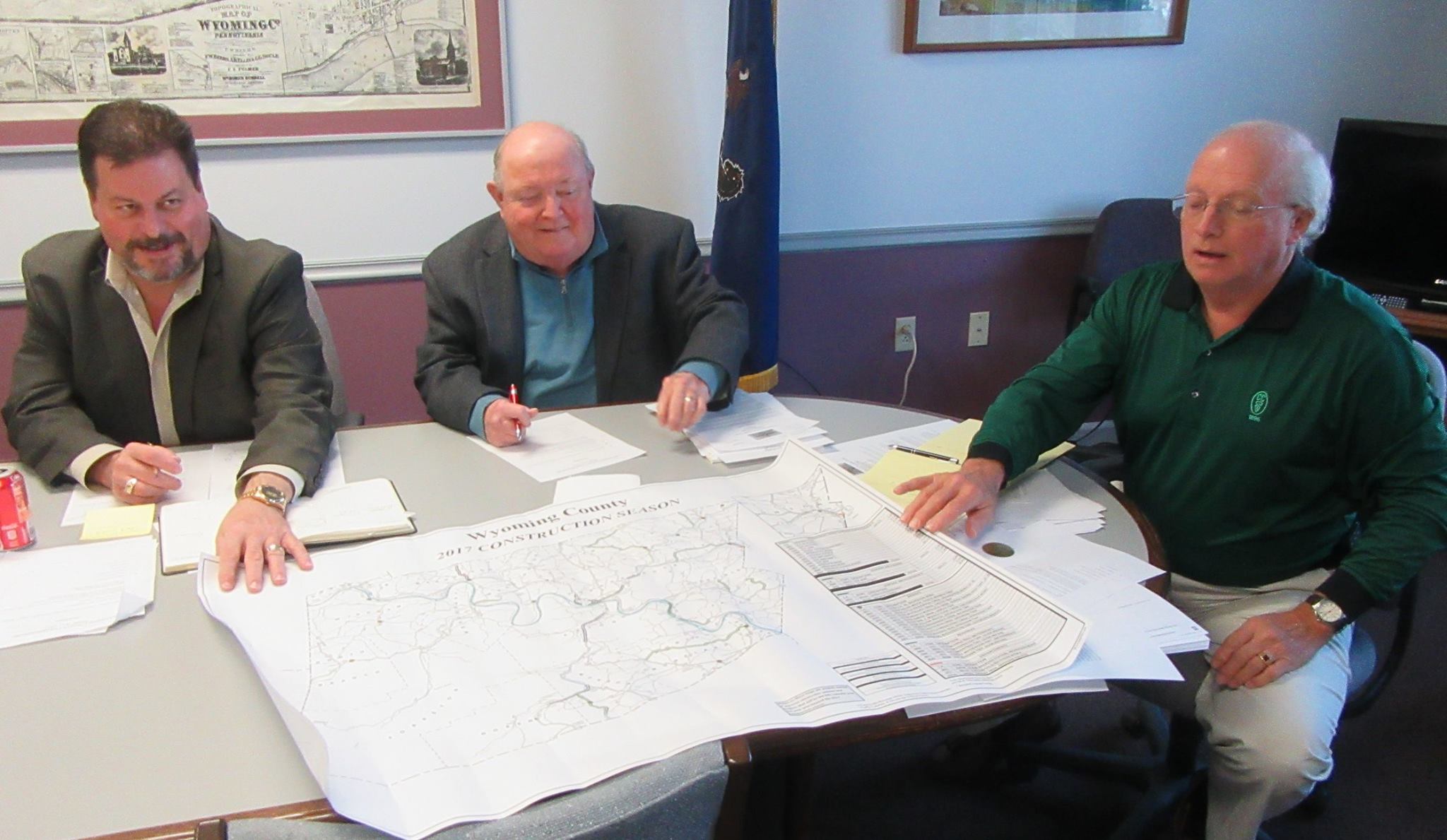 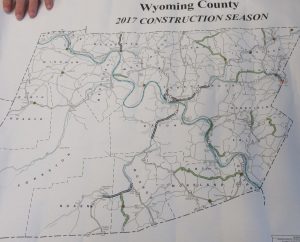 Thirteen state-owned bridged will be improved or replaced in the coming year, according to plans released by PennDOT District 4 to Wyoming County officials. A map with corresponding colored legend unveiled by county clerk Bill Gaylord at the courthouse on Tuesday shows that major surface upgrades are also planed for 17 stretches of state-owned highways throughout the county.

Additional projects include guiderail repairs and replacements, slide repair and new rumble strips, and funding for several projects adjacent to highways. Some of the projects on the map were started in 2016 and will be completed this year, and others will be bid out this year and started, but may not be completed until 2018.

In addition to the bridge work, projects garnering the most excitement among the commissioners are the planned repaving of Tioga Street through Tunkhannock and the rebuilding of 4.11 miles of Route 92 from Osterhout south through McKune toward Falls. The latter will be conducted by local PennDOT crews themselves, and the Tioga Street project will proceed with the aid of some federal funding. Nearly five miles of the Route 6 Bypass and Route 6 east of Tunkhannock will also be paved with federal funds.

Bridges that will be affected by the PennDOT maintenance planned are marked by the brown dots on the map above and are scattered throughout the county. Of particular interest is the one lane, wooden Vosburg Bridge that carries SR 3007 over the railroad tracks in Washington Township.

Projects that will received funding from PennDOT this year include the Nicholson railroad station along Route 11 and the Trolley Trail at Keystone College. 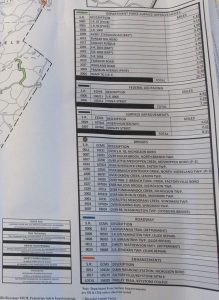