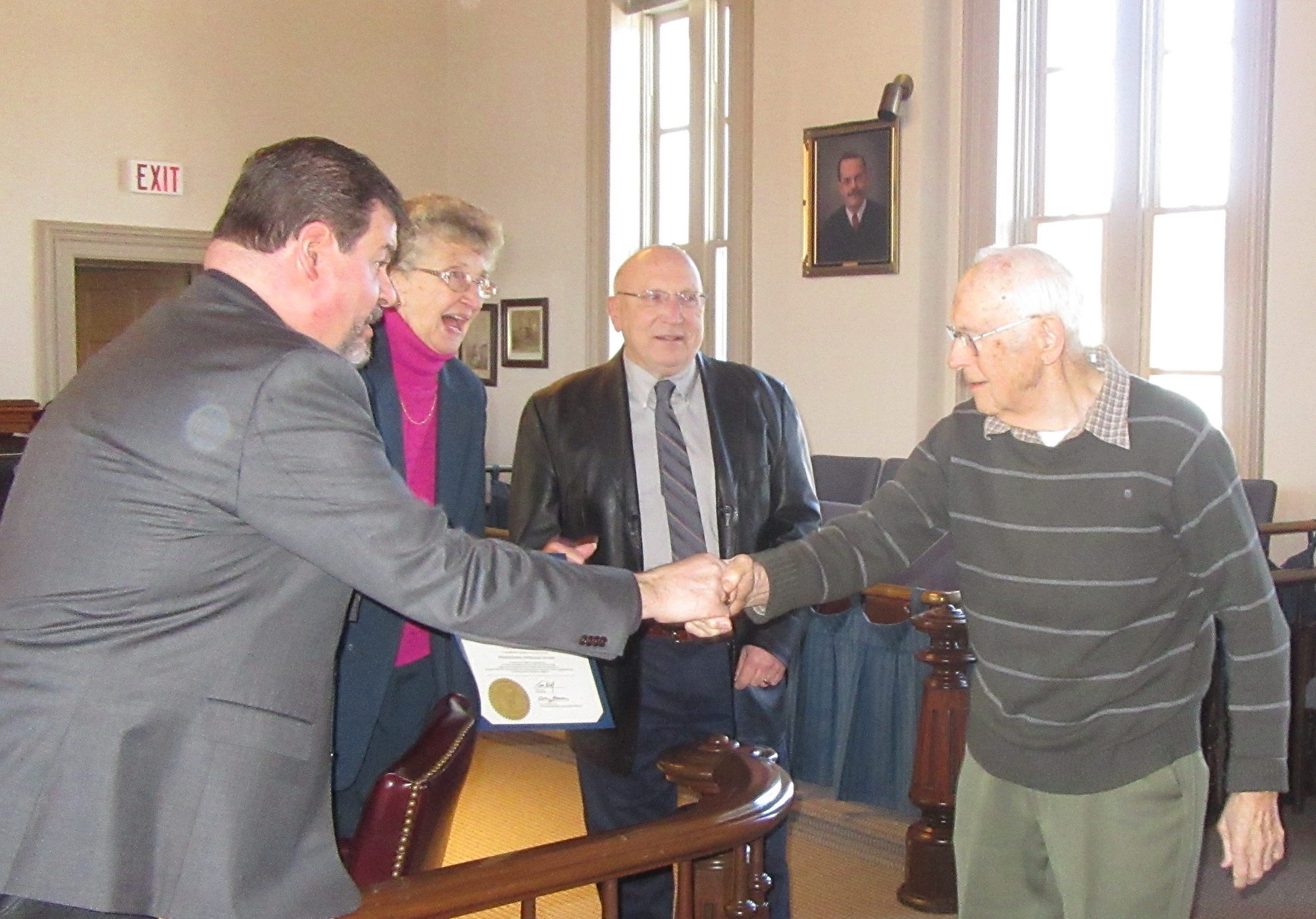 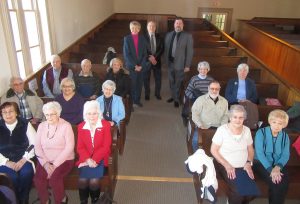 James Welch of Tunkhannock (top, right) receives a handshake from commissioner Tom Henry (left) and a citation for his dedication to voting in general elections from fellow commissioners Judy Mead and Mike Stabinski. Above, some of more than 50 Wyoming County voters who have voted in every November election for the past 50 years or more who were honored on Tuesday by the Wyoming County commissioners.

Fourteen of more than 50 long-time voters from Wyoming County attended a brief ceremony in Courtroom #1 in Tunkhannock on Tuesday to be recognized for their commitment to voting. The Wyoming County commissioners thanked county elections supervisor Flo Kellett for keeping track of the voters who have never missed an election.

Commissioner Tom Henry noted that there had never been as many citizens honored at the same time for 50-plus years of consecutive voting. Many in attendance, like Judy Schoonover of Tunkhannock, have also served as long-time poll workers.

A number of recipients were unable to attend the event, including some who were on winter vacations. Others were accompanied by spouses or other family members.

Each received a citation signed by the commissioners.