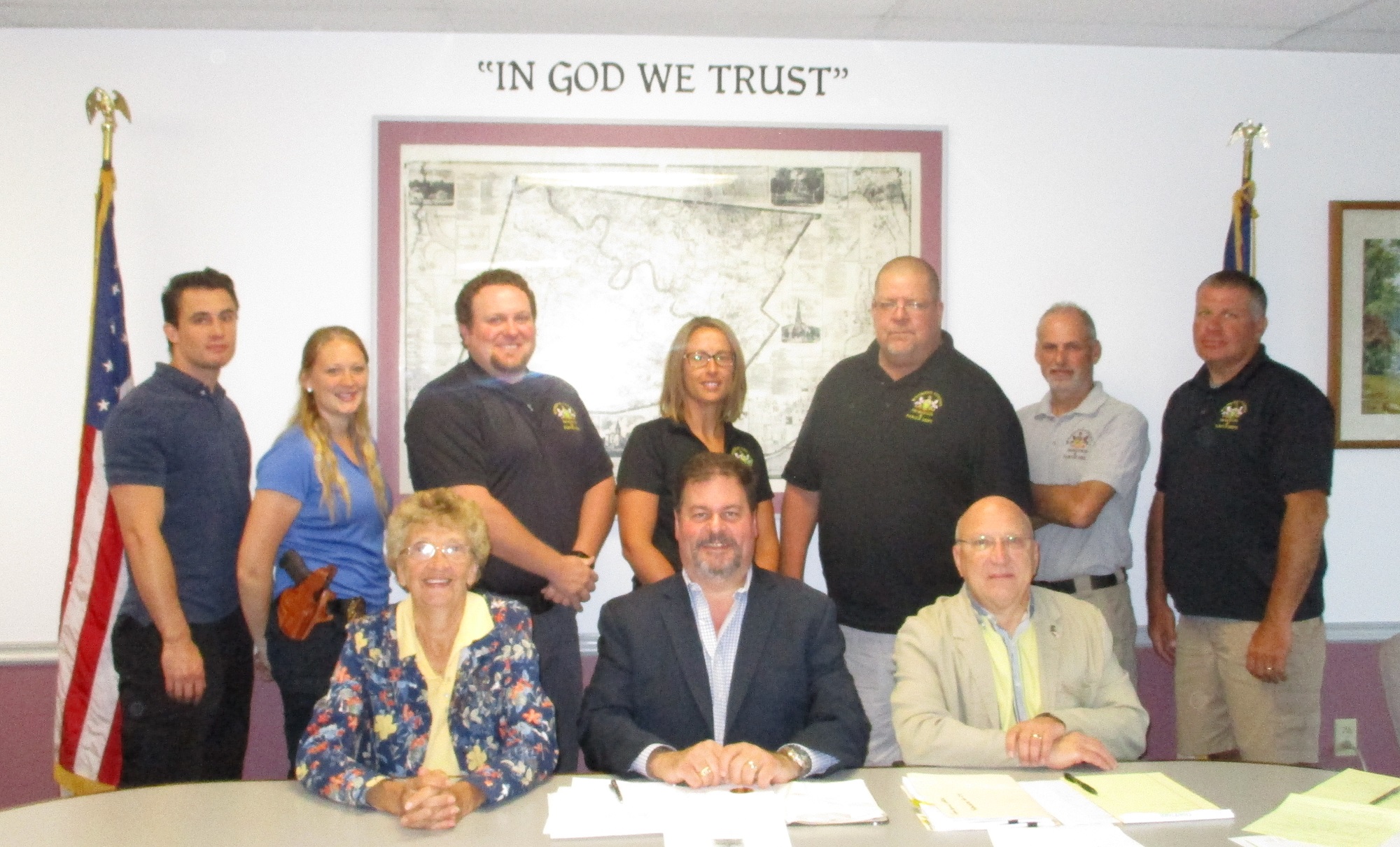 In a relatively short public meeting that followed the monthly meeting of the Wyoming County Prison Board, the Wyoming County commissioners approved a pair of policies requested by the Department of Community and Economic Development (DCED), read a proclamation honoring county probation workers, and agreed to recognize retiring probation office director Jim Neary with a separate proclamation in a brief ceremony planned at the courthouse on Wednesday.

Commissioner Judy Mead explained that the new Procurement Policy and Cash Management Policy were basically drawn from the county’s rule book for dealing with CDBG and CDBG-R funds. “We never had them in a resolution form,” said Mead. “We will now maintain these procedures on file.”

Chief clerk Bill Gaylord suggested that the DCED request was likely first generated by the U.S. Department of Housing and Urban Development (HUD).

After the reading of the probation and parole proclamation, which commissioner Tom Henry noted was follow-up to a statewide recognition of pretrial workers by Gov. Tom Wolf, Mead made the motion to acknowledge Neary’s approximately 31 years of service to the county upon his retirement from the Probation Department this week. Neary had previously worked for the Tunkhannock Borough Police Department.

In a series of short notes prior to an executive session, the commissioners related that a sizable crowd braved high heat on Sunday afternoon for a picnic on the courthouse lawn marking the 100th anniversary of the American Legion Ladies Auxiliary. The Susquehanna Wyoming County Equipment Show will be held at Lazybrook Park from 9 am to 3 pm on Thursday, July 25. And Rep. Karen Boback will host a senior expo at Tunkhannock High School from 10 am to 1 pm on Friday, July 26.