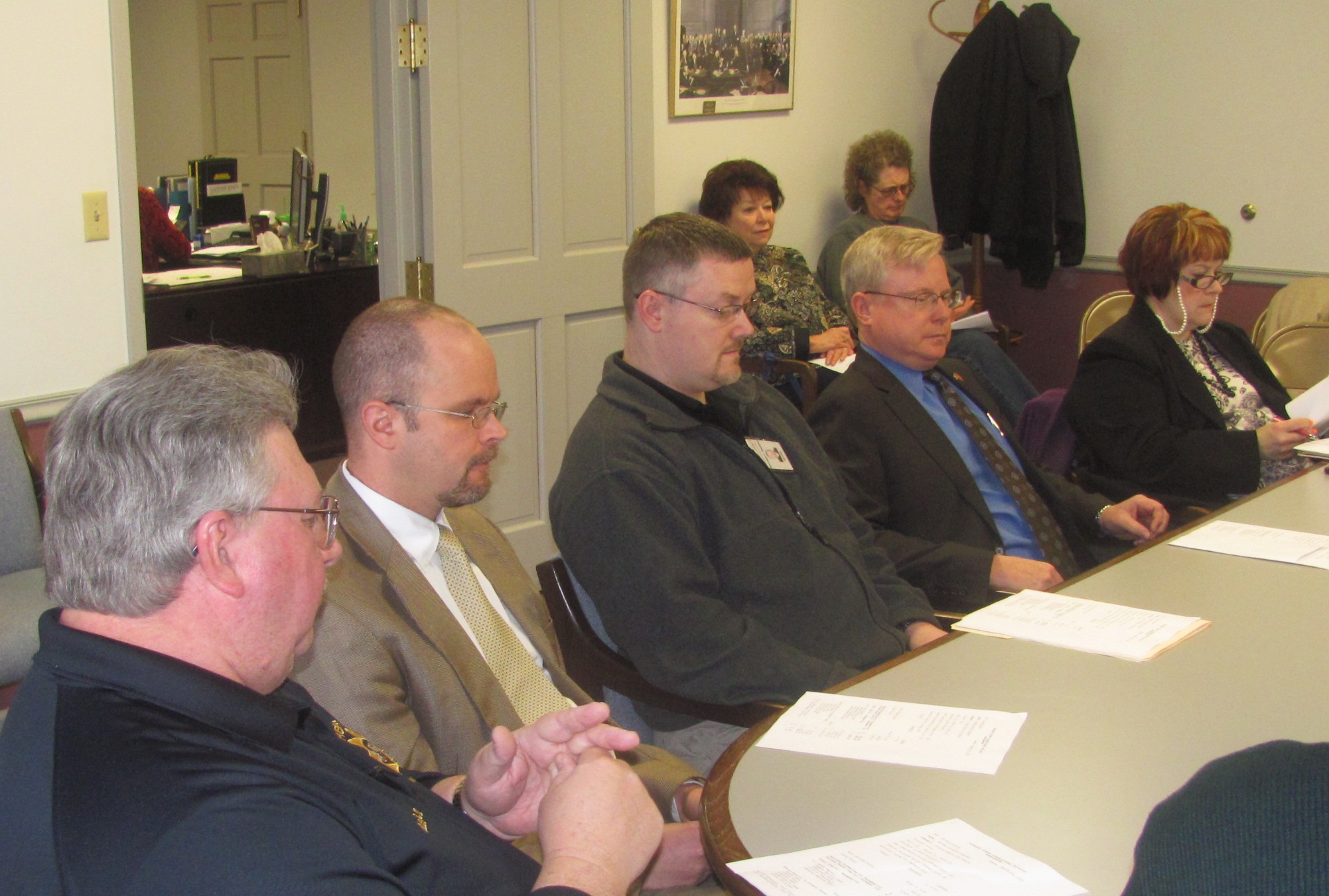 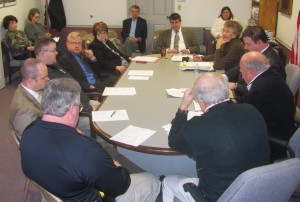 All members of the Wyoming County Prison Board were in attendance for the monthly meeting held on March 10 at the courthouse in Tunkhannock. Warden Ken Repsher announced that overpopulation at the county jail has required the boarding out of 10 inmates to Susquehanna County, affirming concerns expressed last month that facility was “beyond the tipping point.”

Judge Russell Shurtleff noted that there have been 126 criminal cases filed in 2015 to date, which is near the number the county generally experiences by April of each year. He acknowledged that, while there is no exact science to predicting ebbs and flows in jail population, “the upcoming list (of cases) seems to be smaller. I’m thinking that we may come back into check around May.”

Repsher expressed gratitude for the cooperation of Susquehanna County prison officials, who sent a van and two officers to assist with the transportation so that it could be done in one trip. Repsher said that he sent men and women who had already been sentenced and were therefore less likely to have to be moved back and forth for court appearances.

Commissioner Tom Henry related that the Susquehanna County Prison had also given Wyoming County a break on the cost for housing so many additional inmates. Nonetheless, at $55 per prisoner per day, Wyoming County will incur costs as high as $3,850 per week and $15,400 per month until there is room enough at the jail in Tunkhannock.

“I’ll try to bring them back as soon as I can,” said Repsher.

The current situation is no surprise to county officials, who had predicted that a bulge in the criminal justice system would result in too many prisoners and was all but unavoidable. Board members seem to be agreement that each branch of the county judicial system has done what it could to mitigate the potential for overcrowding.

As many as six inmates at a time were already sleeping on cots in prison’s day area in February, when Repsher said that he was making arrangements with Susquehanna County to house some inmates. Sheriff Ned Sherman said that his department has been trying to get newly arrested individuals processed as quickly as possible to avoid unnecessary overnight stays.

The facility has 64 beds for men and 14 for women. Current prison population stands at 83, including 67 men and 16 women. There are two inmates on work release. New commitments since last month outpaced releases by eight.

Henry moved that a letter of gratitude be sent to the Susquehanna County Prison and Commissioners, which was seconded by Commissioner Ron Williams.

Eileen Barziloski told the board that she had heard disparaging remarks about the quality of food served at the prison – that it was “a grade above dog food.”

Henry said that he has had lunch with the prisoners on several occasions “to make sure that the quality and service are there,” and he felt that the quality of the food was much better under Trinity Services than when the prison was running the cafeteria.

“We did have a problem at one point,” said Henry. “That’s why we checked into it.”

Repsher noted that prison staff eats the same food as the inmates do. While there is an occasional “unsavory” meal, he admitted, Repsher agreed that the situation is better than it was before.

Barziloski said that she had seen brown bag lunches packed for inmates on work release and felt sorry for the men. Henry conceded that such lunches might include something as simple as peanut butter and jelly sandwiches, “which don’t travel well.”

Public Defender Deborah Albert-Heise related that she has not fielded a complaint about food in some time.

Henry said that he welcomed comments from inmates about food quality or any other concerns.

He then asked Repsher if the prison security control panel had been performing properly since an unexpected malfunction in January. Repsher confirmed that it has been working well and that the inability of vendor Stanley Security Solutions to fix the problem remotely might have been due to general internet problems at the jail itself.