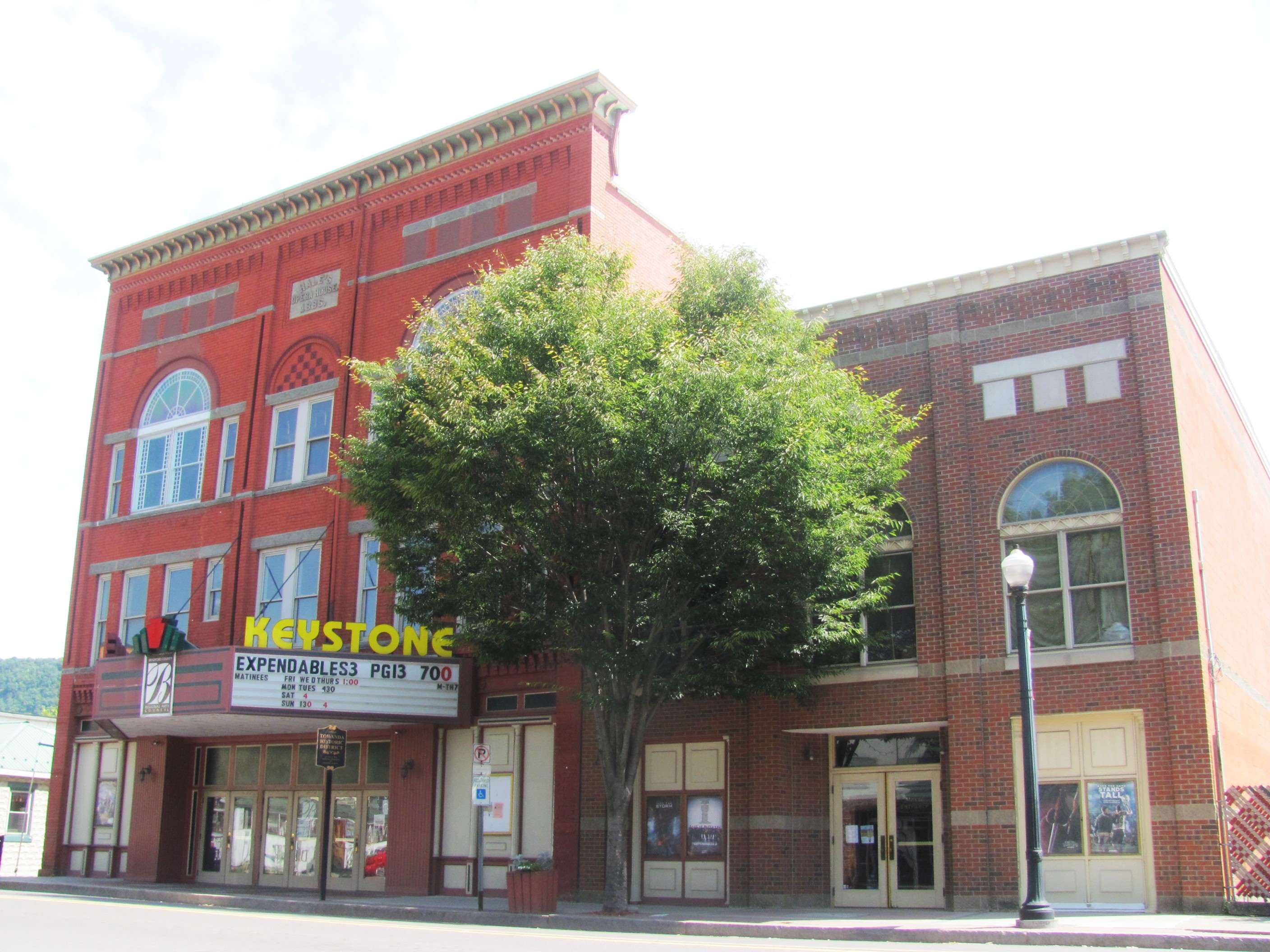 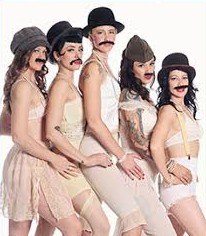 The Bradford County Regional Arts Council (BCRAC) will bring Whiskey Tango Sideshow to the Keystone Theater in Towanda (top) on Saturday, March 21. The high-energy program is a modern version of burlesque and is intended for mature audiences.

On Saturday, March 21, at 7:30 pm, the Bradford County Regional Arts Council (BCRAC) will bring a new spin on a classic kind of entertainment to the Keystone Theatre in Towanda. Variously described as “cabaret nouveau” and “neo-burlesque,” the Whiskey Tango Sideshow (WTS) promises to be a high-energy, humor-filled evening of old-fashioned variety style entertainment with sexy overtones geared to all adults 18 and over.

WTS performer Liz Leidenfrost was bubbling with enthusiasm and excitement about the upcoming Keystone show during a recent conversation with BCRAC associate Ruth Tonachel. The classically trained singer says WTS is “meant to be enjoyed by everybody and we really enjoy doing it. We present a very classy show. It’s amusing adult entertainment with more humor than blatant sexuality. You will see breasts, pasties, feathers and fabulousness but it is not a stripper act.”

Based in Trumansburg, NY, the all-female revue has been garnering praises in the Finger Lakes region of New York since their inception in late 2009. Begun by friends Susan “the Bullet” Allen and Janna “Deadly” Edelman, they were joined by Liz “the Bombshell” Leidenfrost in 2010 and soon after by Danielle “Danger” Kearns and Erin “the Axe” Griffeth. This primary core of five women recently expanded to six with the addition of Tessa Myers.

Emcee for the Keystone show will be Miss Sarah, a Canadian graduate student from Cornell University who adds a “north-of-the-border” flavor. In addition, occasional guest performers, the Cochell Sisters – Robin & Chrystal – will be serving as “stage kittens,” helping to manage props, pick up underwear or feather boas and selling merchandise for WTS at intermission. The merchandise line includes their own hand-made pasties in varied styles and sizes, hair flowers, T-shirts, beer koozies, bumper stickers and more.

All of the Sideshow performers have full-time jobs in such diverse occupations as an ER nurse, a farmer, and a hair-dresser. WTS is their true passion, and they are immensely grateful for the chance to pursue this unique form of artistic expression. While they draw on the past in the design of their shows, they are presenting the style in a cutting-edge form that is not to be missed.

Aspects of physical theatre can also be seen in the creation of characters and telling stories with humor. The six versatile performers have a broad range of dance training (tap, ballet, modern, jazz and pole), gymnastics and singing background along with a universal love of costuming, make-up and choreography.

“It’s about being gorgeous and fabulous, empowering women of all shapes and sizes, and first and foremost, entertaining our audience,” says Liz. High heels, hula hoops, sequins, feather fans, elaborate costumes – and sometimes a lack thereof – are all part of the WTS experience. Music, dance and humor are conveyed in a manner that is designed to be both sexy and intelligent.

“We are pleased and surprised at the variety of folks in our audience,” related Liz. “We see all ages, genders, sexual orientations and economic strata enjoying what we do.” Frequently, couples attending together fear they will be uncomfortable, but they rarely leave feeling that way.

Liz also said that younger people sometimes think they are coming to a hard-core sex show and are surprised by the intellectual humor of the program. “Folks from age 45 to 70 or so come knowing what burlesque is” and are happy to see it being revived in new ways, Liz remarks. “These are shows for a thinking audience.”

Whiskey Tango Sideshow plays with concepts of gender bending, sexual roles and attractions as themes. Every act is designed as “an original creation to dazzle the senses and tickle the soul.”

Whiskey Tango Sideshow is the only troupe of its’ kind in the region and their limited (but quickly expanding) travel schedule has never before brought them to Pennsylvania’s Northern Tier.

“So get your ticket before they are sold out,” says Tonachel. “And come prepared to have your eyes opened by the spectacle; your expectations challenged, and to laugh, hoot and holler and have a grand old time!”

For further information and/or to purchase tickets, go to www.bcrac.org or call the Bradford County Regional Arts Council at 570-268-ARTS.