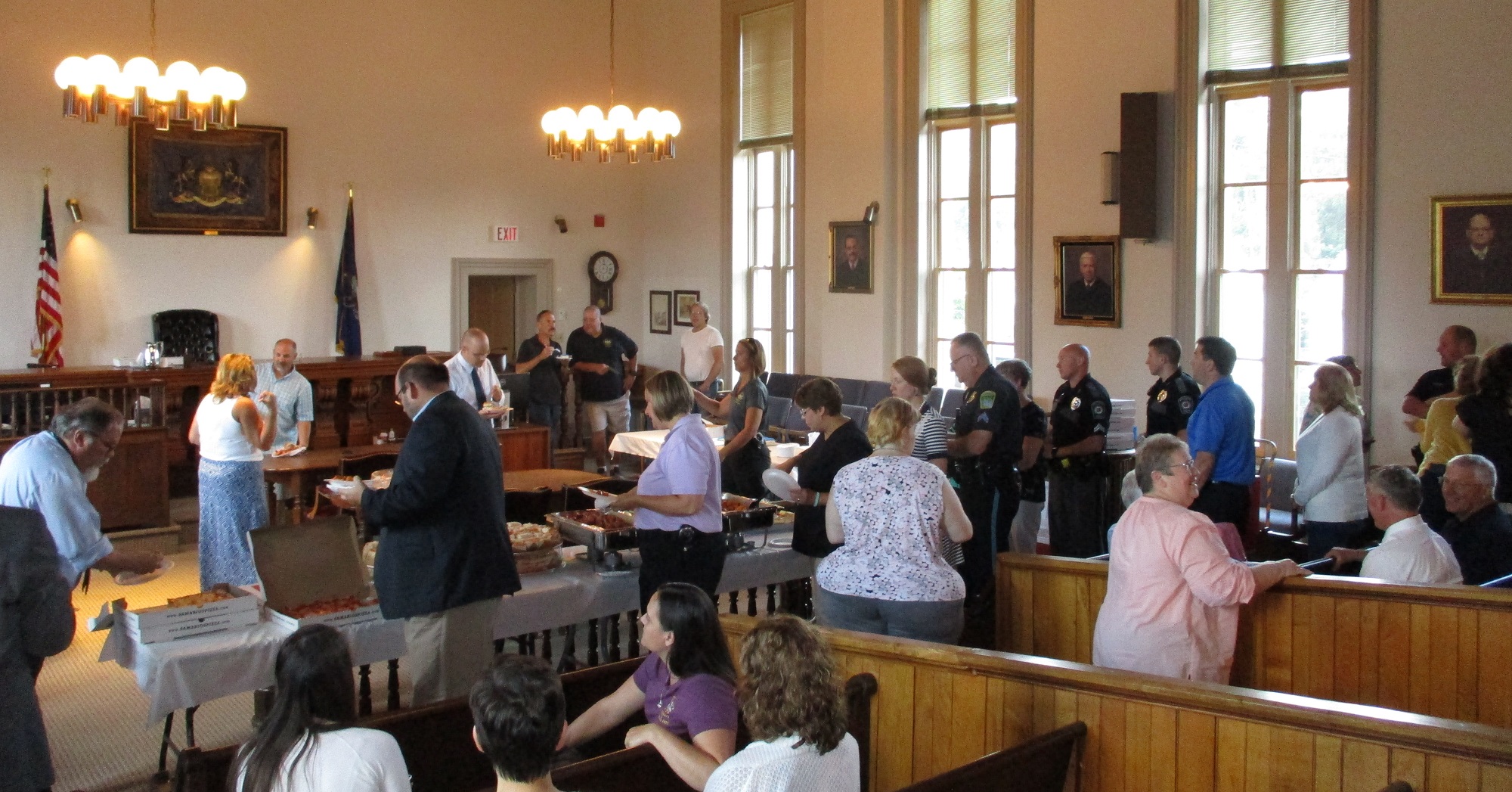 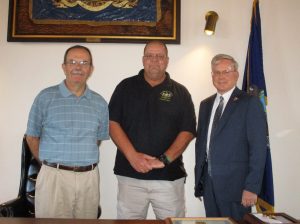 Employees from numerous departments and offices in Wyoming County met in Courtroom 1 at the courthouse in Tunkhannock Today to participate in a brief ceremony marking the retirement of James Neary, deputy director of the county’s Probation Department. In his 31 years with the department, Neary worked under three president judges, the most recent being Russell Shurtleff, who organized today’s event.

“He made it his goal to make Wyoming County a more stable and better place to live,” Shurtleff said of Neary’s legacy, noting that more than 13,000 judicial cases have been processed during Neary’s tenure.

Neary was noticeably humble about the fanfare, and Shurtleff assured those in attendance that the retiree considered the speeches, gifts, cake and luncheon “a bit much.” On the contrary, Shurtleff insisted, “It isn’t enough.” Shurtleff presented Neary with a shadowbox containing a badge.

Probation officer Krystle Kowalczyk, who said that she was holding onto Neary’s retirement badge until 4 pm on Friday, bid a tearful farewell to her colleague, telling him, “All the probation officers in the room owe you a lot of gratitude for everything you’ve taught us.”

Neary was clearly moved by the salutations, stating, “I’m thrilled to death. Thank you all for coming.” 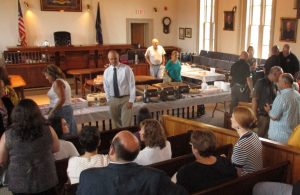 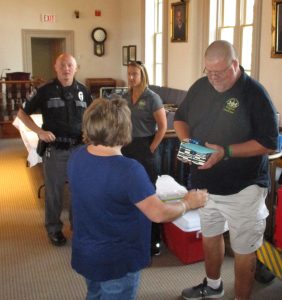 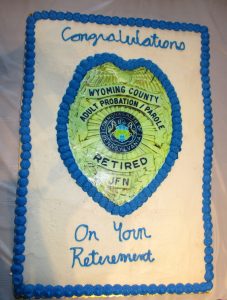 2019-07-24
Previous Post: Prison Board Remembers Felker – Jailings Down
Next Post: Body Found in River Identified as that of Haley Lorenzen