Body Found in River Identified as that of Haley Lorenzen 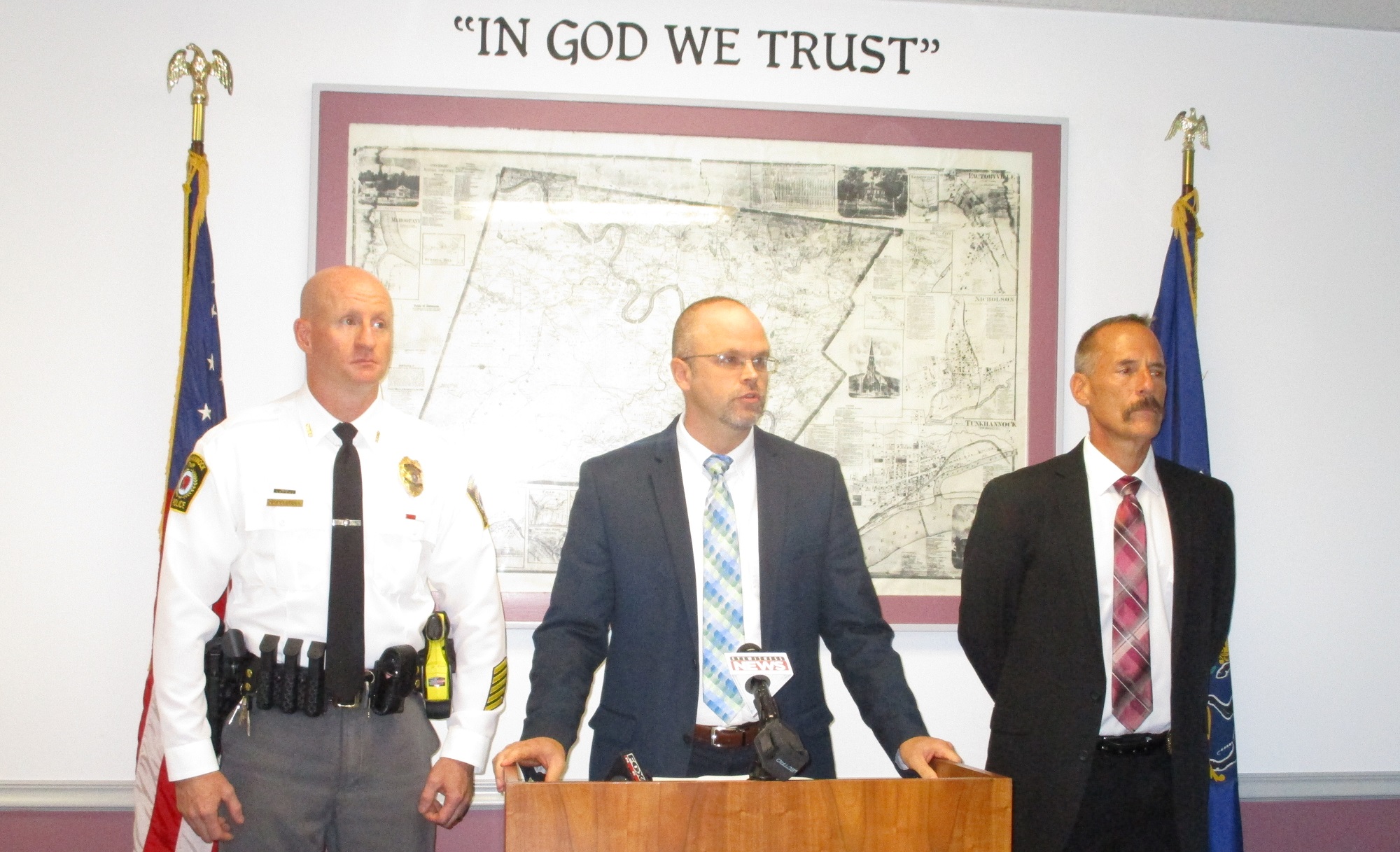 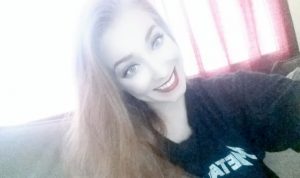 Wyoming County district attorney Jeff Mitchell (top, center), flanked by Tunkhannock Township Police chief Edward Morristell (left) and county detective David Ide announced to the media and a small audience gathered at the Wyoming County courthouse today that the body found in the Susquehanna River on July 20 was that of Haley Lorenzen.

More than six and a half months after the family of Haley Maree Lorenzen of Oregon reported her missing to Wyoming County authorities, her body was discovered by a kayaker in the Susquehanna River at Plymouth in Luzerne County, some 22 miles downstream from where she was presumed to have been dropped off the bridge that connects Falls and Exeter townships.

A massive search involving both professional and volunteer dive teams ensued in the weeks after a confessed accomplice admitted to helping to dump Lorenzen’s body into the icy waters. Recovery efforts were called off several times due to the amount of ice and the swiftness of the river.

Wyoming County district attorney Jeff Mitchell initiated the press conference held on Thursday morning after working for several days with forensics experts. The body, he noted, was clad in the same Grinch onesee in which Haley was last seen, and remnants of a white plastic bag were tied to her right arm.

Mitchell noted that it was public record that the female accomplice told police that she and Phillip Walters secured shopping bags filled with rocks to Haley prior to throwing her into the river. Her identity was confirmed via dental records.

Mitchell did not mention the defendants by name but said the trial for Walters is tentatively scheduled for the week of Sept. 16. He asked those in attendance to remember Lorenzen, 24, and pray for her family, who are currently en-route to Pennsylvania.

“Words cannot describe the pain that Haley’s family has endured,” said Mitchell. Nonetheless, the identification of her body “has brought them great comfort in their time of suffering.”

“The general consensus is that we’re all relieved,” Tunkhannock Township Police chief Edward Morristell said of the discovery. “There have been massive amounts of volunteer hours put into this.”

Mitchell credited the following agencies for their assistance with the search: Tunkhannock Township Police; Germania, Ledgedale and Tunkhannock dive teams; Pennsylvania and New York state police; the FBI; Wyoming County 911 Center and the Wyoming County Detective Office. Additionally, Mitchell stated, “The Lake Winola Fire Company went above and beyond in their efforts to find Haley. They conducted 16 searches, all done by volunteers.”

Wyoming County detective David Ide described the moment as “bittersweet,” adding, “We’re glad that she’s found, but we have a long way to go yet.”

Haley, Mitchell stated, loved children and animals, kayaking and snowboarding, crafting and drawing, shopping in thrift stores and decorating for the holidays.

“She is deeply loved and desperately missed,” he continued. “Despite living in Pennsylvania for a short time, Haley has left an indelible mark on our community.”