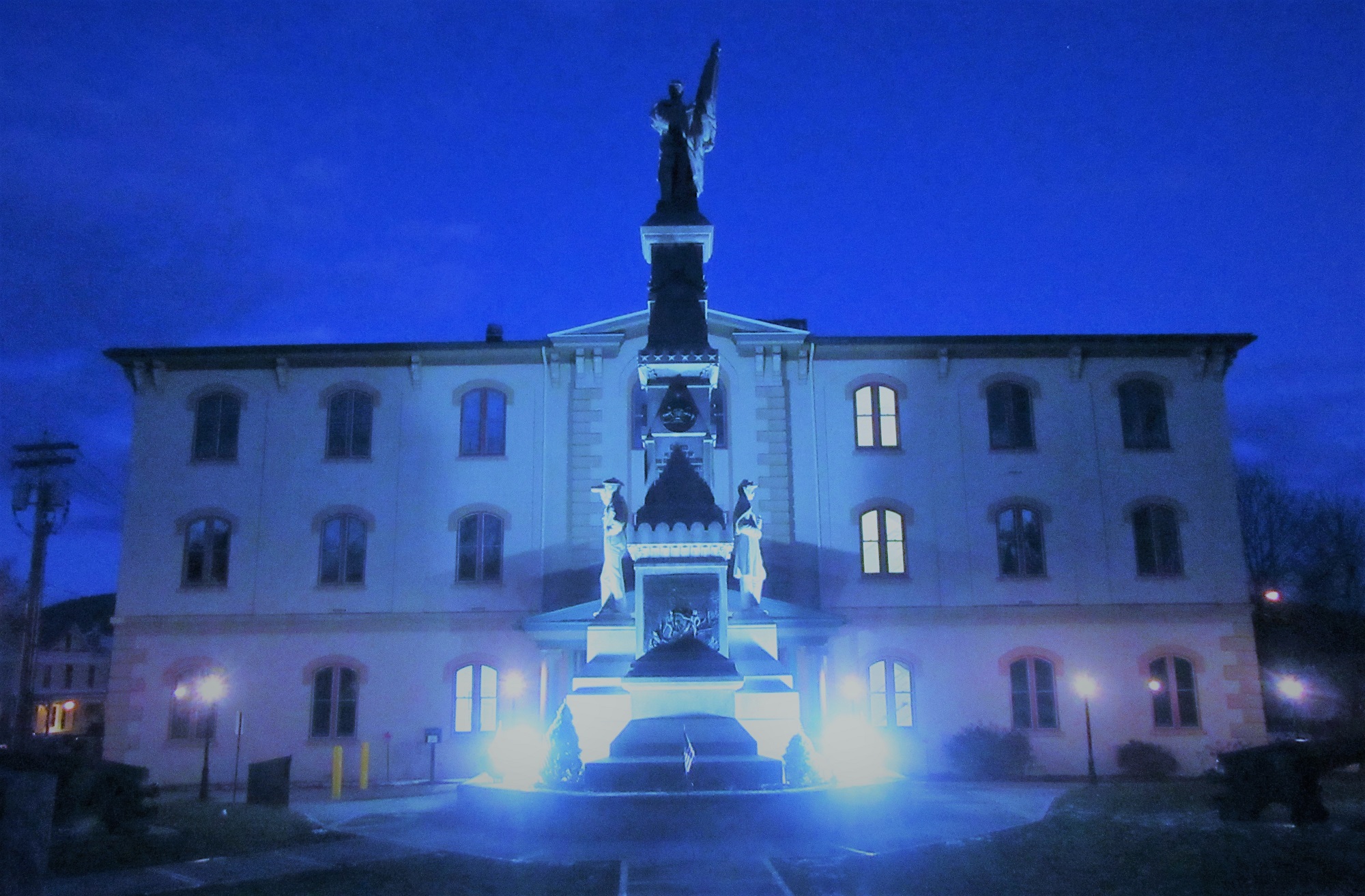 For the first time since drastically reducing activity at the Wyoming County Courthouse and other government offices around Tunkhannock following the an emergency declaration by Gov. Tom Wolf, county commissioners Rick Wilbur, Tom Henry, and Ernie King conducted a public meeting via Zoom videoconferencing and an optional call-in.

While the commissioners agreed that the COVID-19 pandemic is serious, far from over, and likely to have long-lasting impacts on society and the economy, they each made attempts at looking beyond the crisis and expressing hope for positive lessons learned from the situation.

“If there’s one good thing to come out of this, it may be how we have all worked together,” commissioner Tom Henry suggested, after expressing the gratitude of the commissioners for everyone who is continuing to work and maintain access to vital services and resources.

Commissioner chair Rick Wilbur reiterated his calls on the PA Department of Health to release a broader pallet of statistics each day, rather than focusing on how many new cases there are and how many people have died. “Quite frankly, everything we are getting is gloom and doom,” he said of the daily reports. “Knowing how many negative tests there have been and how many people have recovered would be at least somewhat encouraging.”

Contrary to public perception, Wilbur maintains that a lot of testing has been done in Wyoming County at clinics and hospitals and Procter & Gamble, but the results are lagging far behind. “We’re not getting those numbers,” he stated, adding that he has been in contact with state Sen. Lisa Baker several times to ask for a more balanced synopsis.

Commissioner Ernie King announced plans for a special National Day of Prayer, set for Sunday, April 19, specifically coordinated in support of farmers, ranchers, and fisherman. Food producers have been especially hard hit by the sudden economic downturn, he noted, but an unbroken supply chain depends on them. “They need all the help that can get, so please remember them in your prayers that day.”

Not surprisingly, the effects of the health crisis on the economy was at the center of many discussions during the meeting. Workers from every sector, including those in county government, have been sent home without knowing how long their employers will be able to help them financially until stimulus and unemployment checks start to arrive.

According to Wilbur, there have been no layoffs yet of county employees. “It’s status quo for now,” he remarked. “We’re mostly concerned about the health and safety of our employees.” The Recycling Center is closed to prevent exposure to employees there from handling any materials brought in.

Wilbur admitted that he has been fielding complaints about the recycling situation and said, “What we would gain from getting recyclables is not worth the health risks to our employees. Wash out your recyclables and keep them in the back yard. That’s all we can do right now.” There are no significant changes in operations at the county’s 911 Center nor the prison.

The commissioners and solicitor Paul Litwin III agreed that the county will likely have to take out a loan to allow for the continued payment of bills while property tax discount is extended for 60 days.

“Right now, our money has come to a trickle. People are not paying their taxes, but we still have employees and health insurance to pay. We still have to keep the lights on,” Wilbur related. “That money will eventually come in. In the short term, we’re hurting. But everybody is.”

The commissioners have been working with U.S. congressman Fred Keller to get a better idea of when federal and state money for individuals, including a proposed $600 per week stipend, will begin to arrive, and he encourage small business owners to look to Trehab and other agencies that are pooling funds multiple sources for distribution.

In response to a question about the new date for the Pennsylvania primary elections and a call from many county election directors for everyone to vote by mail this year, Henry said that the county will be conducting a mail-out to registered voters to encourage voting by mail. The mailing will cost the county about $6,000. But voters can get a head start online at www.votespa.com.

With so many county residents working from home or unable to work at all, Wilbur encouraged families to take the time to complete their census forms online at www.2020census.gov. “It’s very important for rural communities that everyone is counted,” he stated.

While the technology still needs some tweaking, there were no major glitches or interruptions in the first virtual meeting of the commissioners. While they usually conduct public meetings every other Tuesday morning, Wilbur made a motion to continue the videoconferencing weekly “to keep the public appraised of what’s going on until things come back to normal.” The meetings will be held at 9 am, and the Zoom conference and call-in information will be posted in local newspapers.