In: Reports from Central America
With: 0 Comments 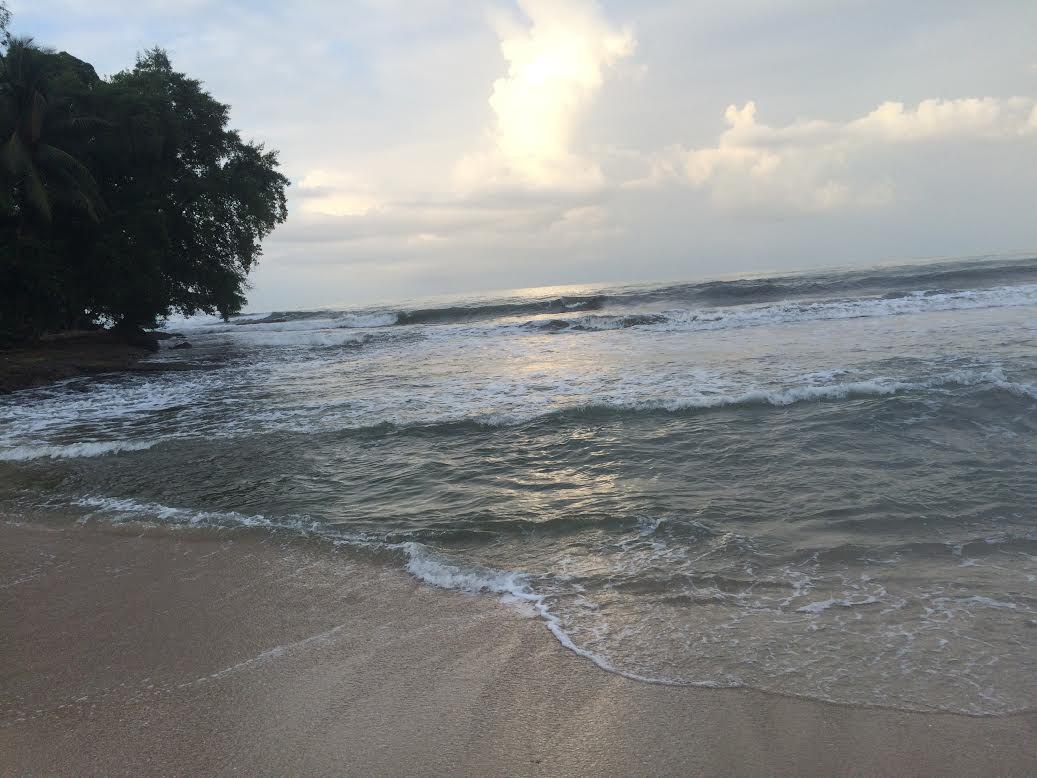 One Month On the Road 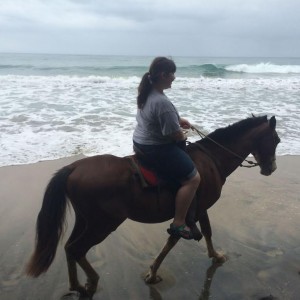 It’s been a month since I left Pennsylvania for a year of travel. In those four short weeks I have taken 45 hours of Spanish class, visited the only sloth sanctuary in the world (below), spotted baby monkeys in the jungle, made my first legal alcohol purchase, navigated the Costa Rican bus system solo, and fulfilled my childhood dream of riding a horse in the Caribbean sea (above).

There have also been bad moments – my glasses fell while riding the horse and are now bent beyond wear and my phone refuses to charge. Yet today, as I sat outside my hostel on the beach, listening to the waves beat against the sand and fellow backpackers jam on their instruments a few feet away, I had to stop and remind myself that this is real life.

Solo travel has not always been my dream. I was just never the fearless, “do-it-yourself” woman that so many travelers seem to be. Five years ago, I’d much rather be inside with a book than outside. Travel itself was never even a possibility, let alone a goal.

Then, in 2011 as a sophomore in high school, I took the infamous 10-day school trip to Guatemala where I assisted English teachers in a rural school and decided after two days there that I had no particular desire to return back to the States.

I did return home, of course, but with a severe case of wanderlust. Ever since then, long-term travel has been my dream and, with my friends on a completely different path, the only option was solo travel. Fast forward 4 years from the original Guatemala trip and I now sit writing at a party hostel in Puerto Viejo, a surfer town on the Caribbean Coast of Costa Rica. By my third day in Puerto Viejo, I must say I’d fallen a bit in love with this town.

Unlike the rest of Costa Rica, the Caribbean Coast has a strong Afro-Caribbean culture. Reggae beats can be heard from anywhere in town, nearly half of the town’s inhabitants have dreadlocks, and art plays a prominent role in the community. Tonight, for example, the girls and I headed to a restaurant called The Lazy Mon, where we watched a beautiful performance of fire dancers and danced to more Bob Marley songs than I’ve heard in my entire life. Down the street, next to the giant supermercado, is store called Reggaeland. The hostel, Rocking J’s, is known for its “good vibes” and the mosaics covering every possible surface. The building itself is a work of art.

There is also a strong English influence on the Caribbean coast. The majority of locals speak basic English and, when walking through town, it’s more common to hear “Hello, how are you?” than “Hola” or “Buenas” as is typical throughout the rest of Costa Rica.

The mixed influence is obvious no place else more than on the menu. In nearly every restaurant you will find the Dutch Heineken next to the Costa Rican Imperial, the American cheeseburger and fries next to casados – the typical Costa Rican meal of beans, rice, salad, and meat. And, if you’re staying at Rocking J’s, Canadian Poutine next to the Caribbean special “rice and beans.”

The mish-mosh of cultures has kept me intrigued for days, and having the Caribbean sea less than 20 meters from where I’m staying has certainly helped.

The only downside is that I am not the only one who has discovered that the Caribbean Coast may be even more charming than it’s Pacific counterpart. Though a backpacker favorite, Puerto Viejo is also a typical vacation spot for families and surfers. It may well be one of the more touristy places in Costa Rica, something that the prices certainly confirm. A typical Tico meal at one of the local sodas – small, restaurants favored by the locals – typically runs around 4,000 colones (~ $8), which is a shock after paying less than $3 for meals in other parts of Costa Rica. And, unlike the rest of Costa Rica, the water here is not drinkable. Refilling a 2L bottle in the hostel is $2, another frustrating part of staying here.

Yet despite the prices I find myself wanting to stay longer, to soak up more of the “good vibes” and lay on the beach, visit the Jaguar Rescue Center, and create my own mosaic for the hostel walls.

But in the morning I will catch a bus to the capital city, San Jose, so that the following morning I can take the 10-hour bus ride to Granada, Nicaragua, where I’ll be living for the next 3 months. I can only hope that I enjoy Nicaragua’s famous colonial town as much as I do Costa Rica’s surfer’s paradise. 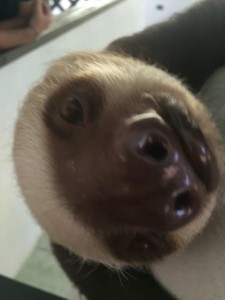