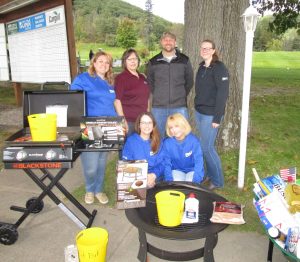 Williams’ Bradford County Supply Hub hosted a golf tournament to benefit the United Way of Bradford County on Oct. 1. Held at the Towanda Golf Club, the event drew 120 players on 30 teams. Proceeds from entry fees, raffles, and additional games that were spread out across the golf course were matched by Williams to help the United Way fund programs for 50 local agencies.

Williams employees and those of their gas industry partners were happy to get outdoors on such a beautiful day and do something fun together that benefited the community. Alicia Polzella and Nick Lee were among those staffing the registration table and selling raffle tickets for numerous items donated by area businesses.

According to Lee, Williams conducted a sporting clay shoot for the United Way for about seven years but had to cancel the event in 2020 due to the pandemic. Polzella related that most sponsors asked them to forward their contributions to the United Way even though they didn’t get a chance to shoot. This year, they were faced with both shortages and high prices of ammunition, so they switched gears and decided on a golf tournament instead.

“We’ve had such great support from the community,” said Polzella, adding that the change was well-received. Hague Equipment of Waverly, NY, stepped up as the main event sponsor. Proconex and B&K Equipment covered the cost of golf cart rental, and 14 additional companies were on board as hole and awards sponsors.

Support also came in the way of food and beverages that were available to golfers at various stops along the 18-hole course. Games for additional prizes included a round of cornhole, a “longest marshmallow drive,” a punch-hole prize grab, and the Wheel of Fortune. Jamie Smith and Claire Roof were generous with prizes to those who spun the wheel. 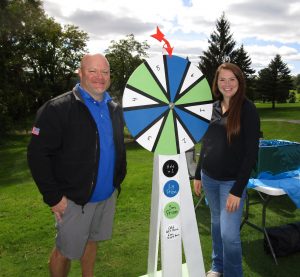 “Everybody’s a winner on Hole 10,” Smith (above, left) explained.

“When you’re donating money, you deserve to win,” Roof (above, right) added.

While they were clearly having fun, the reason for the event was not lost on participants like Eddie Hartman, who was playing on one of two teams sponsored by Earth Armour LLC. “I really appreciate what Williams does by giving back to the communities,” he remarked. 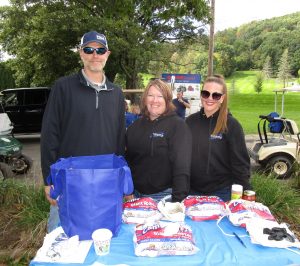 Hartman’s sentiments were echoed by Williams vice president Jack Walsh (above, left), who was conducting the marshmallow drive contest with Becky Feckette and Ashlee Gow. “We’re thrilled that we are able to hold it this year for such a great cause,” Walsh stated.

“It was such a success for our first golf tournament,” Tammy Bonnice of Williams related. “Knowing that the money raised and what Williams matches will have such a big impact in Bradford County made it even better. There is such a need, and it’s great that our vendors are always there to support our efforts.”

“The outpouring of support by Williams was amazing,” said Joan Smith-Reese, executive director of the United Way of Bradford County. “Events like the golf tournament not only raise funds but confirm the commitment to our residents in Bradford County that we support them in both good and difficult times.” The 2022 campaign the United Way just kicked off with a goal of raising $560,000. 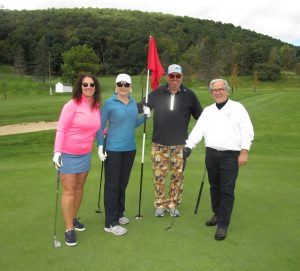 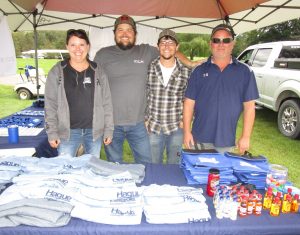 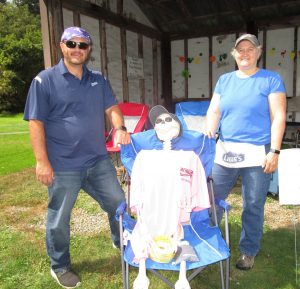 Ben Peppinger (left), Kathy Smurkoski and friend conducted a cornhole game in an upper corner of the Towanda Golf Club. 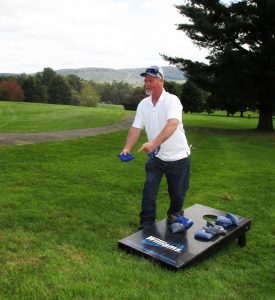 Dave Gaskill of Hague Equipment sets his aim on the cornhole game. 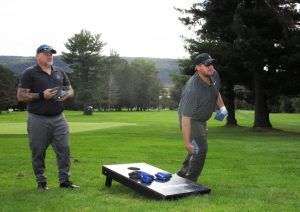 Jeremy Spatola and Steve Brown of Earth Armour pause their golf game for a round of cornhole. 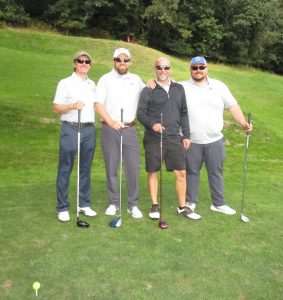 Earth Armor was one of several gas industry supporters with two teams in the tournament, this one comprised of (from left) Ray Whitesell, Chad Johnson, Steve Kalafut, and Ben Ryan 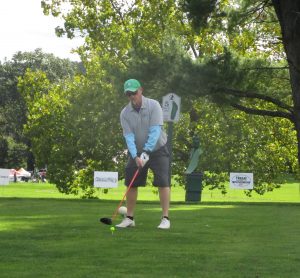 Jeff Smith of Earth Armor tees off during the golf benefit for the United Way of Bradford County. 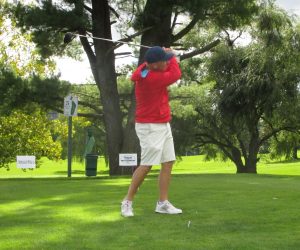 Eddie Hartman keeps his eye on the ball after a tee-off during Williams’ Oct. 1 golf tournament. 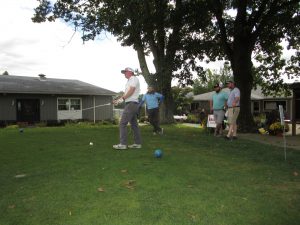 Taking a break from the real game to see who can drive a marshmallow the farthest are Proconex teammates (from left) Gage Wiles, Corey Butler, Dustin Larson, and Nate Raupers. 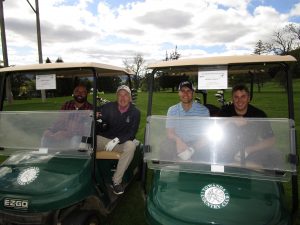 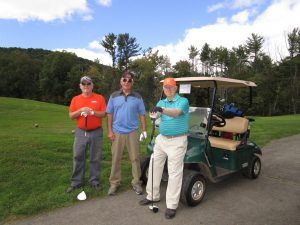 Reid Carter, Doug Stern, and Dick Meredith made up one of the teams representing Flynn Energy. 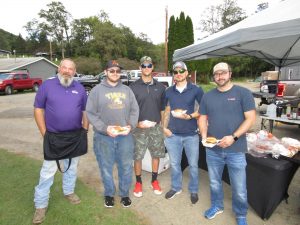 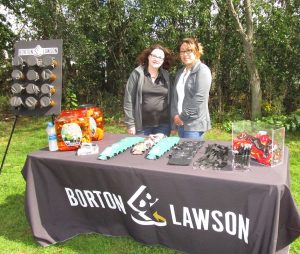 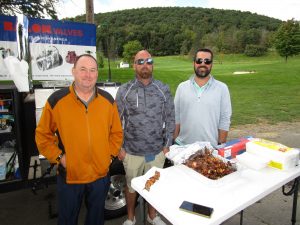