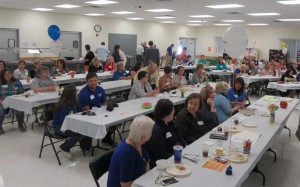 On the first day of autumn, the United Way of Bradford County (UWBC) celebrated a record year in terms of agencies and people reached by funds raised through increasingly successful campaigns under the direction of Kerri Strauss and the dedicated efforts of a motivated board.

UWBC board members, representatives from partner agencies and corporate sponsors gathered for a vendor fair and light lunch at the Wysox Fire Hall (above) on Sept. 22 before settling in for a meeting and presentation that included a skit series by recipient agency representatives.

Forty five partner agencies benefited from UWBC assistance last year, using funds toward projects as varied as therapeutic horse riding by Martha Lloyd Services and housing the homeless by Habitat for Humanity to providing education at the Troy Farm Museum for home-schooled students and providing scholarships for memberships to the Bradford County YMCA.

Opening remarks by Strauss were followed by an introduction by Campaign Chair MaryRose Shaylor of UWBC’s regional leaders (top photo): Angie Wells of the Towanda area, David Jarrett of The Valley, Joan Kelley and Shelby Napoli of the Wyalusing area, and Stacee Bellows of Western Bradford. (Napoli was not in attendance.)

Student board members Laura Larcom and Ben Jenkins of Towanda Area High School took photos and video of the event to produce a piece for the UWBC archives, especially as the agency representatives filed past the podium during the skit portion of the program. Each carried a prop relative to the services offered by his or her respective organization. 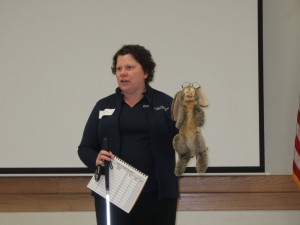 Tracy Haas (above) of North Central Sight Services, for example, brought a puppet, SeeMore Rabbit, who accompanies her to school presentations to students and teachers. Tom Foley of Helpline simply held up a cell phone to demonstrate how easy it is to text the agency for assistance via the number 898211.

Guthrie was recognized as UWBC’s corporate partner and acknowledged for helping to keep down the cost of promotion and printing items such as the agency’s brochure, thereby avoiding cutting into overhead. 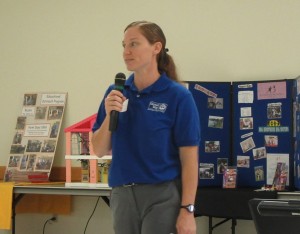 In 2015, the UWBC succeeded in reaching an ambitious goal of $475,000. Strauss (above) announced that the goal for 2016 is $500,000. As Strauss thanked everybody in attendance for helping the UWBC exceed its goals annually, several in the audience cited Strauss for the growth the agency has experienced since she came on board.

“A few years ago, our goal was $200,000, and we thought that was great,” related one board member. “Now we’re reaching for a half a million. That’s awesome.”

To learn more about the United Way of Bradford County, visit www.unitedwaybradfordcounty.org on line or call 570-247-5569. 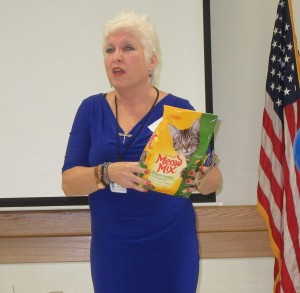 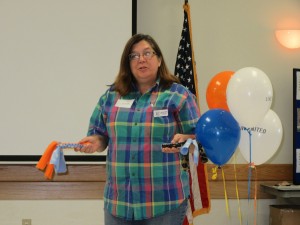 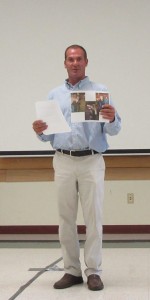 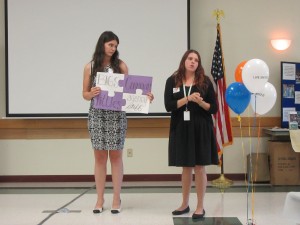 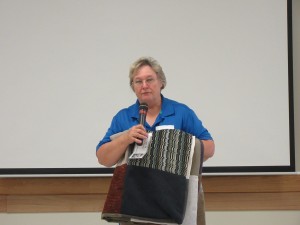 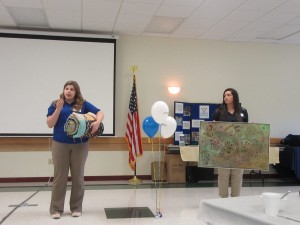 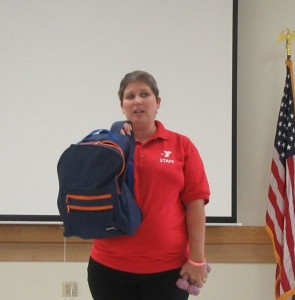