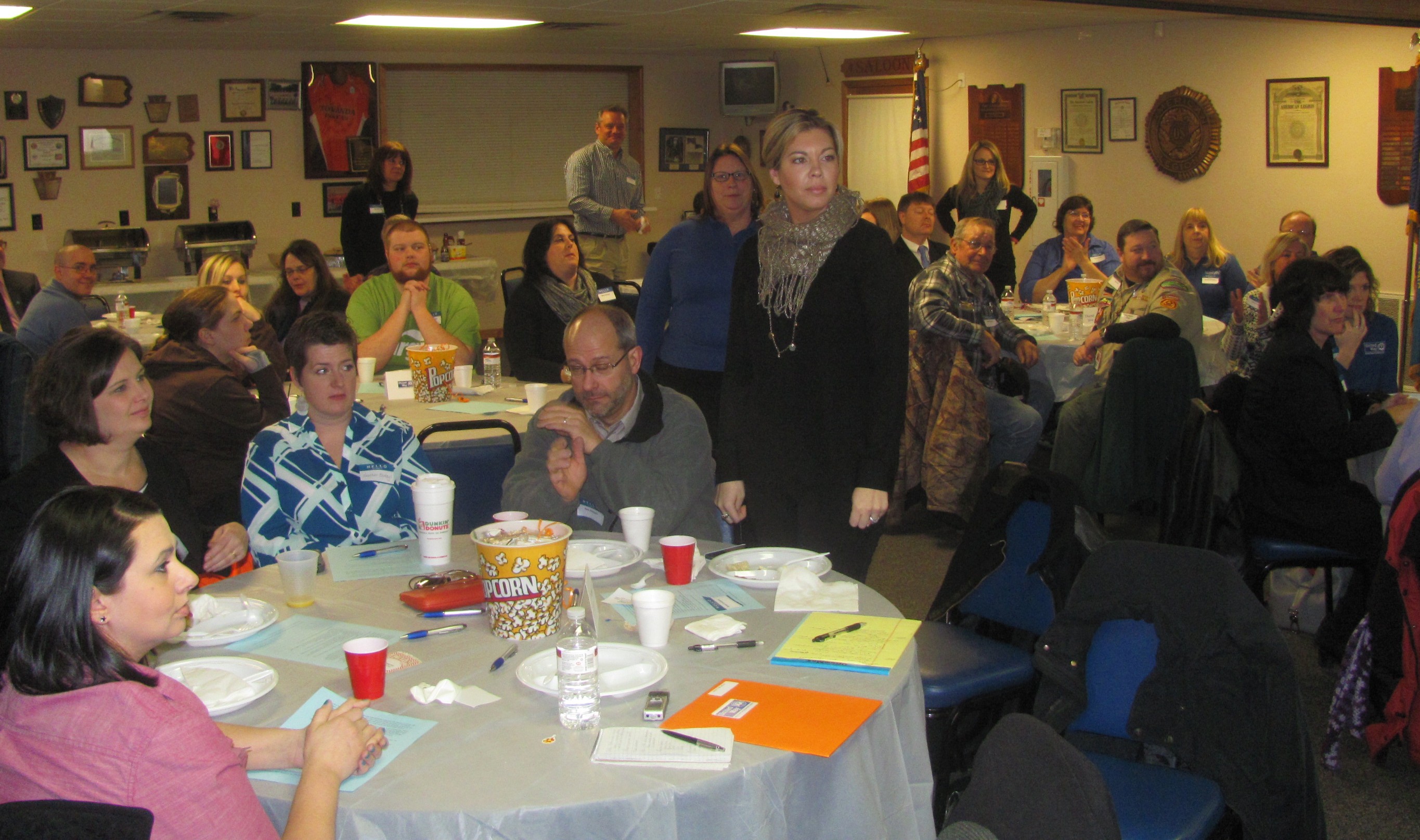 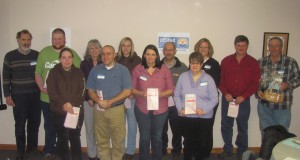 For a fourth year, United Way of Bradford County (UWBC) leaders held a breakfast banquet at the American Legion hall in Towanda to celebrate another successful year of meeting the needs of the community via the nonprofit sector and to thank numerous volunteers, team leaders, corporate sponsors and employees who commit a segment of their paychecks to the agency every week. 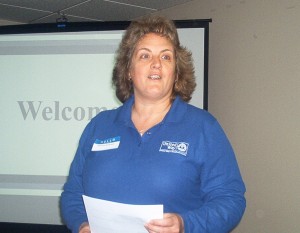 Campaign Chair Desiree Rockwell (above) emceed the Jan. 29 event, which included skits involving key partner agencies, recognition of the top contributing companies and those that made the biggest gains in the past year, and the distribution of valuable prizes to 20 randomly selected Pledge to Win employee participants.

After announcing that UWBC had met its ambitious 2015 campaign goal of $475,000, Rockwell noted that 65 percent of that amount is a result of employee contributions. Honored as well were five couples who are members of the Tocqueville Society, each donating at least $10,000 per year. They were Ken and Caroline Taylor, Tom and Margarita Taylor, Randy and Nancy Williams, Max and Maureen Gannon, and Jay and Barb Chadwick.

2015 Corporate Partner GTP (Global Tungsten Products) was among the Top 20 Contributing Companies of the past year. Cargill Meat Solutions in Wyalusing Township was recognized for both its significant contribution as a corporation and for having the largest percentage of participating employee donors. Overall, Rockwell noted, Cargill provides 30 percent of the agency’s funding.

Guthrie Health was cited for the greatest increase in employee participation. Giving and Fundraising Event Officer Jane Clements Smith was credited for boosting participation from 66 Guthrie employees in 2014 to 341 employees in 2015. GE Rail Car was thanked for dramatic increases in contributions, jumping from around $300 in 2012 to $17,000 in 2014. 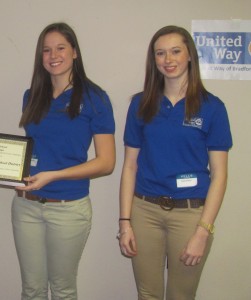 The Towanda School District was cited for the most successful School Campaign, and UWBC bid a bittersweet farewell to Towanda High School seniors Hannah Innocenzo and Kayla Grimes (above), who have served as the agency’s first youth board members for the past three years. The girls agreed that they gained valuable experience with UWBC that will help them in college and future employment.

“It’s definitely been interesting,” Hannah said after the banquet. “Prior to this, I wasn’t sure how a board of directors functioned. There’s a lot of protocol as to how a meeting is run”

“We learned a lot more than we thought we would before we joined,” Kayla agreed, noting that they shared their knowledge of meeting structure with the THS Student Council.

“It has made me a lot more interested in joining a board of directors,” Hannah remarked.

Company representatives lined up to hand out the prize packages for the much-anticipated Pledge to Win raffle toward the end of the banquet. Prizes ranged from themed gift baskets, including several “date nights” in different parts of the county to an airplane ride and gift cards valued from $150 to $500. Alice Sergi of Guthrie Health, who was not present, won the top prize – a $500 Tops Market gift card.

UWBC funding provides assistance to 70 projects coordinated by 45 agencies. To learn more about the agency, log on to www.unitedwaybradfordcounty.org. Rockewell noted that the agency does not yet have a corporate sponsor for the 2016 fundraising campaign, which will begin in nine months. 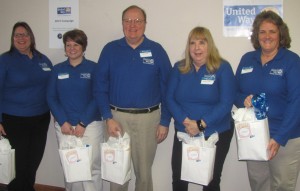 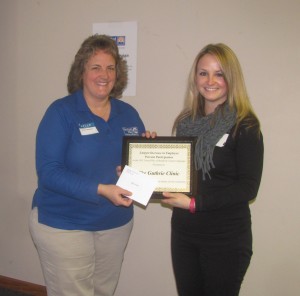