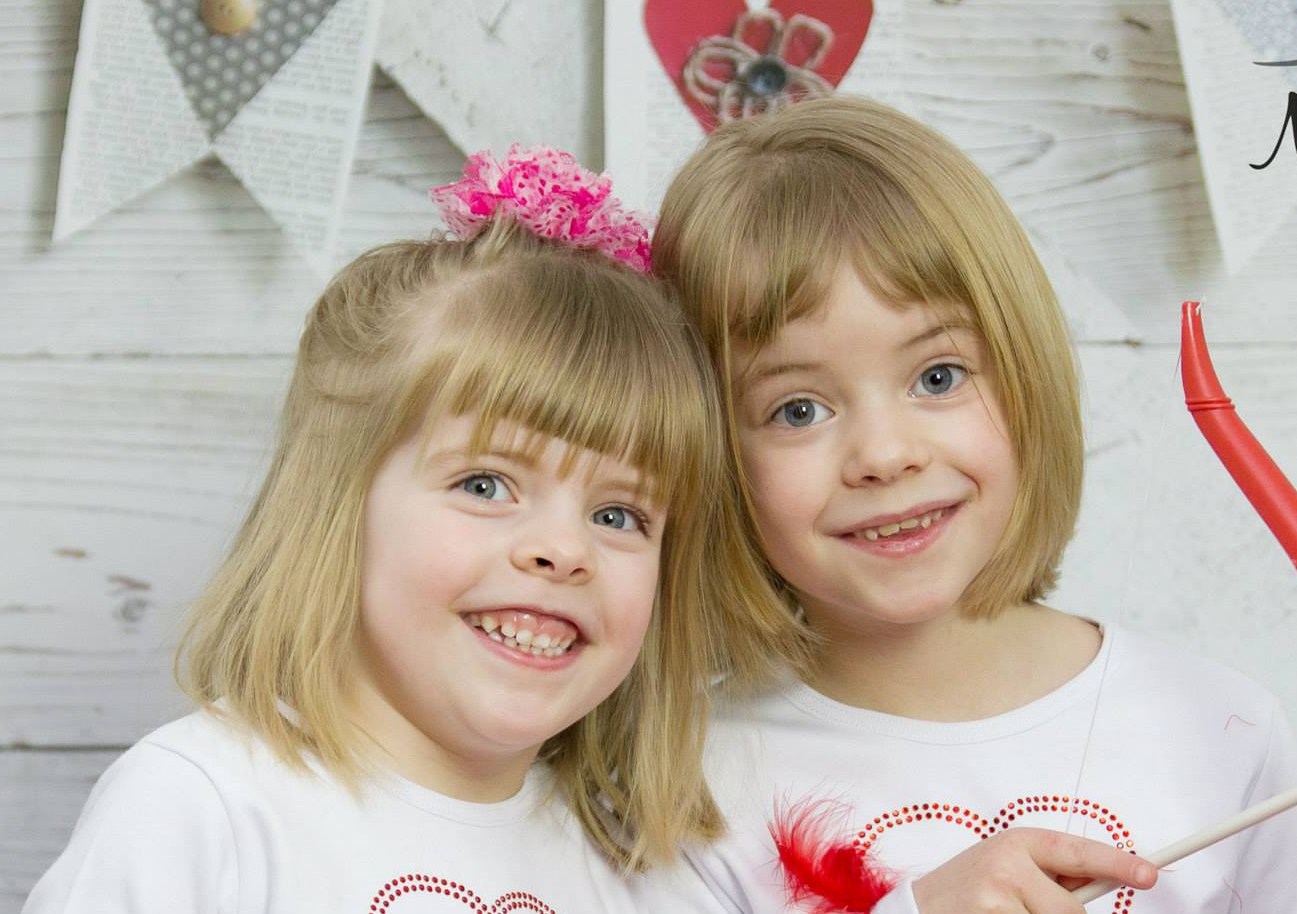 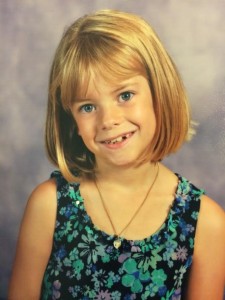 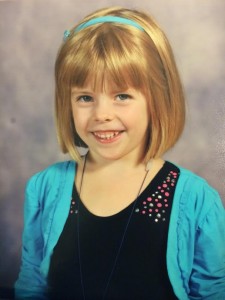 Last week my daughters brought home their report cards for the first marking period. I suppose since they are in their first few years of school I don’t get too anxious about when this time comes around. I also have a pretty good idea how well they are doing, because I go through the folders they bring home and can see how they are progressing in their school work.

I know what to expect from my second grader, Katherine, and that is great grades. She doesn’t need to be motivated to study, because she sits right down to do it. She loves to learn and she will tell anyone that her favorite thing to do is read. Her ability to understand anything and everything that comes her way amazes me. Every day I see how she grows, and every day she demonstrates how much more intellectually advanced than I she will be.

Then there is Sophie. I will admit to being more than just a little bit concerned about how well she would do. I know it is not fair to compare your children but, with Katherine things have always been so easy to manage; she takes right to everything. Sophie…well…she does everything on her time, and pushing her to move along only results in her little heels more rooted deeply in place. So, I admit that I was anxious to see how she would handle kindergarten.

I figure kindergarten is supposed to be that crucial building block to the rest of your educational career. I want Sophie to have the best time, but also to be learning what she needs to. The toughest part about kindergarten that I see is that it is the new first grade. It seems like children need to know so much more when they start; things that I thought were taught to us while in kindergarten. Sophie doesn’t have that same approach to school like Katherine. Where Katherine jumps right in and starts her work; Sophie twirls around looking for butterflies and rainbows and eventually she will get to any work that may need to be done.

I admit that the start of my children’s school career was not exactly how I would have planned it, and I was ready for the year to be over before we were half way through the first marking period. I assumed that Katherine would flourish in that first year kindergarten, and that it would be uneventful. I was mistaken.

Katherine was so excited for kindergarten, and she was ready. Her birthday is in the beginning of October, so she was one of the older children in the class. She had also attended preschool, so she was familiar with a classroom environment. She was also a really well-behaved child, and we didn’t have any problems with her behavior.

Fast forward to week three of the school year when a note comes home stating that my daughter was involved in an incident on the playground. My petite, precious peanut had punched a boy on the playground at recess. This was so unlike her, because she had never exhibited this behavior before. I was stunned.

I got the basics of what had transpired from the teacher on recess duty; who also mentioned how surprised she was that there wasn’t any blood gushing from the boy’s noise from the way Katherine had popped him. It was still a little unclear as to what pushed Katherine to hit him, but she understood what she did was wrong. I think she lost recess privileges, and I assumed that would be the last time such an event would happen.

I was so wrong. Over the next two weeks, I think I received three or four more calls about similar incidents. I was beyond lost as to what I could do. My sweet little girl was becoming a bully. I realize now it was not that bad, but she seemed to be punching a child every other day and one of those times she had punched a friend.

I didn’t know what to do, and I know her teacher was doing everything she could to work with Katherine and try to understand what was happening. Katherine was spending a lot of time eating lunch with the assistant principal, and I was beginning to think she liked these one-on-one moments with him.

She thought it was great to be hanging out with a grownup. I had to explain to her this wasn’t supposed to be a treat but rather punishment as a result to her behavior. I had Katherine sit down and write an apology letter to some of these children. She wasn’t always thrilled with this, but she did it. I spent time talking with her teacher to figure out ways we could help her and find out what was setting her off. I also spent countless hours researching online as to what could be going on to make her react in such a way.

By the end of the first marking period that year, Katherine had things a bit more under control. I believe a lot of that was due to how her teacher handled the situations as well as how she handled speaking with Katherine. My parents were also rewarding her if she “kept her body under control,” and that gave her more incentive to work through her frustrations without causing bodily harm to her peers.

I never imagined I would be going through that with one of my daughters. I think I figured out what was happening and I hope that by talking, she was able to figure out how to control her frustration. You see, Katherine is very organized and structured. She struggles when her day or an event does not go as planned. I understand this, for I am the same way.

In some instances, she and I struggle with each other’s sense of order. I have always just assumed that my way makes the most sense and my children should follow it. It was quite difficult for me to let that go and admit that maybe, possibly there could be another way. And so, Katherine and I have come to an understanding. There are times when I will do things the way she has set it up, and there are times when she has to respect the way I have set them up.

This is much harder for her to grasp when handling situations with her peers. While many children are trying to figure out how they want their environment to work, Katherine has hers nailed down. The kicker is they are all doing it differently, and that is difficult for Katherine. I would even say it could be the hardest struggle for her. I think in a lot of those incidents that transpired, Katherine’s reaction was born of frustration because the other student wasn’t doing something the way Katherine expected it to be done.

Thankfully, she will talk to me about most things that happen in her day so, if something is bothering her, I can help her with it before she gets frustrated. I realize these days may be limited and, before too long, she won’t want to share everything with me.

I am relieved knowing that Sophie will most likely not go through this type of event; or so I hope. (I try not to assume too much anymore). She is such a free spirit that she isn’t really affected by how others are getting the job done. She just pirouettes through her day; which will be my challenge with her.

I am raising two little girls with two very different personalities. I know that our home life is never boring, and I am learning that I will experience the same with school. I have to be at least one step – though preferably two – ahead of them. I can only hope that each marking period has positive results on the report card. I hope that what we teach them at home carries on to their day at school and how they conduct themselves.

Right now, I tell myself, “so far so good this year,” and we have three more marking periods to go. And every day when I see them off, I say a quick little prayer that their day will go well and that I won’t be getting a phone call about another little incident.

2014-11-09
Previous Post: It’s All About the Bands, ‘Bout the Bands, Not the Bars – ‘Nights Out’ Report Reaches Milestone – Hinges on Change
Next Post: Veterans Park a Worthwhile Project That Calls for Completion