Tunkhannock’s ‘Hometown Christmas’ Will Charm the Stockings Off You! 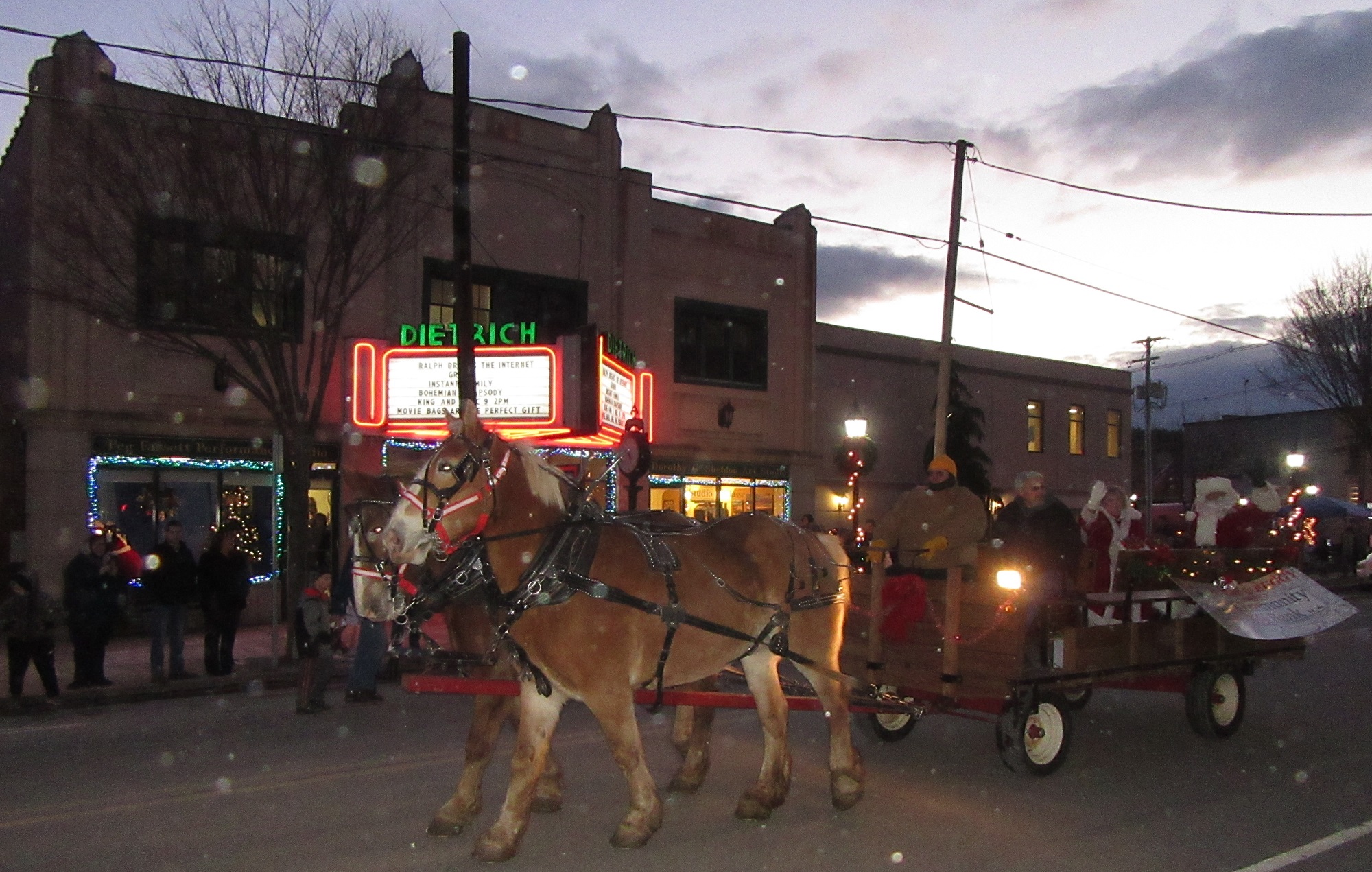 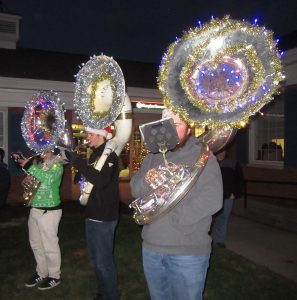 (Also published in Where & When Magazine)

The Tunkhannock Business & Professional Association has been coordinating Christmas in Our Hometown for nearly two decades now, drawing thousands of people from miles around to the quaint downtown streets of one of the best-preserved business districts in Pennsylvania. More than eighty-five percent of the downtown area is comprised of century-old structures, giving the Wyoming County seat a Dickens-esque appeal that seems custom-made for a holiday celebration.

On Friday and Saturday evenings, Dec. 6 and 7, several blocks of Tioga Street, Tunkhannock’s primary thoroughfare, will be closed to all but pedestrian traffic and a horse-drawn wagon that serves as both a shuttle and a popular ride around town. Vendors of all sorts line both sides of the street, and the borough’s antiques shops and eateries stay open late with exhibits and special holiday treats for patrons. What happens on the street is nothing short of magical for those who have made the event a tradition. 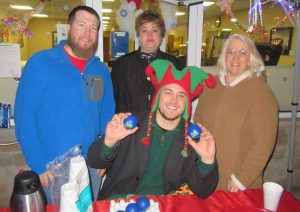 “Tunkhannock is a unique town of Mom and Pop shops, and Christmas in Our Hometown is indicative of the holiday spirit that so many people strive to keep alive each year,” said TBPA president Nancy Parlo. Music fills the street, and the town is decorated to the hilt. Shops compete with window displays that captivate guests. The large windows of one furniture store come alive with performances by dancers from a premiere area studio.

Tunkhannock is a mecca for area artisans, and their talents are on display from one end of the event’s staging area to the other. Live musicians, a chainsaw ice carver, and strolling carolers have been part of the enchanting mix in years past, and the TBPA Hometown committee incorporates the best of the old with new ideas every year. There are certain staples, however, with which returning “Hometowners” could not be without. 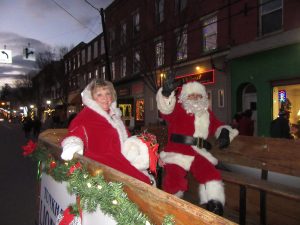 A grand ceremonial tree lighting takes place both evenings at 5 pm in the area of 83 East Tioga Street. Santa and Mrs. Claus arrive in the horse drawn wagon, led by the Tunkhannock High School Marching Band. “This is one of most exciting moments of the weekend for children of all ages,” Parlo related. “It still gives me goosebumps.”

After speaking with reporters to a television audience, the North Pole’s most famous resident and his wife stroll over to the town tree and invite the large crowd to help them count down as they throw the switch to officially start the Christmas season in Tunkhannock. From there, residents and visitors fan out through the town to enjoy free cookies, cider, hot chocolate, and other goodies.

The Dietrich Theater in the Wyoming County Cultural Center is both literally and figuratively a hub for the celebration, hosting its own slate of activities through the weekend in conjunction with the TBPA. The Dietrich’s famed “Cookie Walk” begins on Friday night and continues at 11 am on Saturday until all of the cookies are gone. 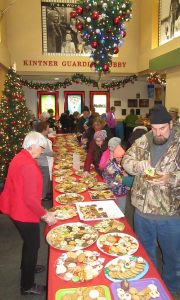 “We have some great ‘cookie elves’ who bake hundreds of cookies each in support of our children’s programming,” Cultural Center executive director Erica Rogler remarked. Patrons pay six dollars a piece to fill a container with whatever cookies catch their eyes. “It’s great for those of us who prefer eating cookies over baking them.”

Also on Saturday, the Dietrich will host a family-friendly Holiday Workshop open house featuring a cookie decorating class, singing, and balloon art. Visitors will be enamored by the entryway and theater lobby, oozing with Christmas charm. “The galleries are a winter wonderland put together by Dietrich volunteers,” said Rogler. “It is a sight to behold. They wow us every year.”

There are additional activities scattered throughout Tunkhannock on Saturday prior to a repeat performance by the Clauses and another fascinating holiday evening featuring the same elements as the previous night. A candy shop on Bridge Street broadens its holiday repertoire every year with a display of life-size characters from iconic Christmas movies and TV shows. 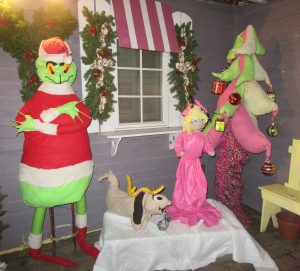 Christmas in Our Hometown has made Tunkhannock a holiday destination, and more people every year are staying in local hotels and bed and breakfasts to take in as much of it as they can while also making time to visit other local landmarks such as the Tunkhannock Viaduct at Nicholson, a railroad bridge that was once the largest concrete structure in America.

“Christmas in Our Hometown is a wonderful opportunity for the entire Tunkhannock Community. Many residents who have moved away make a point of returning for the festivities,” Parlo remarked. “Visitors get caught up in the celebration as well. They enjoy the opportunity to shop at the unique specialty stores and eat in our restaurants.” 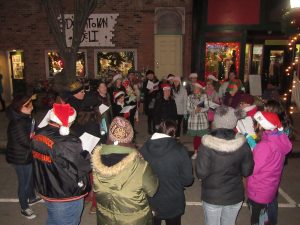