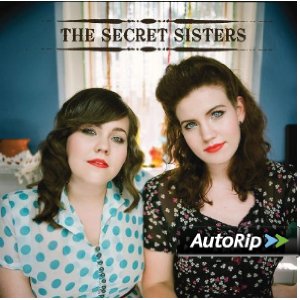 Over the past few nights, I’ve listened to more than 60 of the freshest country, folk, bluegrass, and American blues songs that I could find listed on various carts and have found some gems that speak of how modern recording artists are abetting this crazy Battle of the Genres. Each of the aforementioned sub genres at one time or another lent themselves to what was then considered Popular Country Music.

For this version of my quarterly rundown and rave up of music purported to be country and that which is probably more so, I’ve enlisted the help of Michael Harvey of Stone Driven, a hard-driving country and blues-tinged band that I’ve enjoyed on numerous occasions.

At 37, Mike says that he can truly find something he likes in every genre but shares the opinion of many that country radio has taken “country music” in the wrong direction.

“On a national level, we are spoon-fed the same glorified garbage,” Mike said of country radio that is currently embracing “Hick-Hop” among other non-traditional genres. “There are a ton of talented song writers out there who are pushed aside for Big Pop Country.”

In addition to pop-pandering country hits and weepy ballads, I found that the songs on the country chart that were most tolerable were merely folk rock with twangy vocals. The only thing that saves them from crossing over to pop radio is the “life in the boondocks” lyrics, with which us country people can still can still identify.

“I feel real, honest, honest traditional music needs to have a resurgence,” Mike remarked. “Americana is a great umbrella for this music that originated in so many different cultures and was brought here.”

Whereas folk influences ruled alternative music in 2013, folk rock currently has a choke-hold on the country charts in 2014. Alternative music, ironically, seems poised to retrace its more esoteric roots. That leaves lots more folk rockers seeking an audience among country fans. The best news to that end is that the current folk album chart is busting with new talent and interpretations.

That bodes well for musicians in the Endless Mountains who can break classic rock and country songs down to their basic folk components and please a crowd. But what about those bands whose members have the talent to bring original songs in a similar genre to the dance floor but are not often given the chance?

“Unfortunately, here in the Endless Mountains, there are not enough venues to support live original music, be it country, rock, or whatever,” Mike stated.

At my request, Mike offered up some songs in the Americana genre that he would not want to be without. In addition to “anything by Johnny Cash,” the rest of his Americana suggestions can be found after the new chart.

I checked out those of Mike’s suggestions that I didn’t already know, and they are great picks. Thanks, Mike, for your help.

You can check out everything on the chart and Mike’s list of favorites (below) on Youtube or iTunes.

Old 97s – The New Kid; Southern Culture on the Skids – Cheap Motels; Reverend Horton Heat – Where in the Hell Did You Go (With my Toothbrush); The Legendary Shack Shakers – Blood on the Bluegrass; North Mississippi All stars – Snakes in My Bushes; Hayes Carll – She Left Me For Jesus; and The Civil Wars – Barton Hollow.

2014-05-07
Previous Post: Full Prison Praised for Efficiency – Boiler Installation Underway
Next Post: Open Your Senses to Nearby Treasures – Plan A ‘Staycation’ in the Endless Mountains