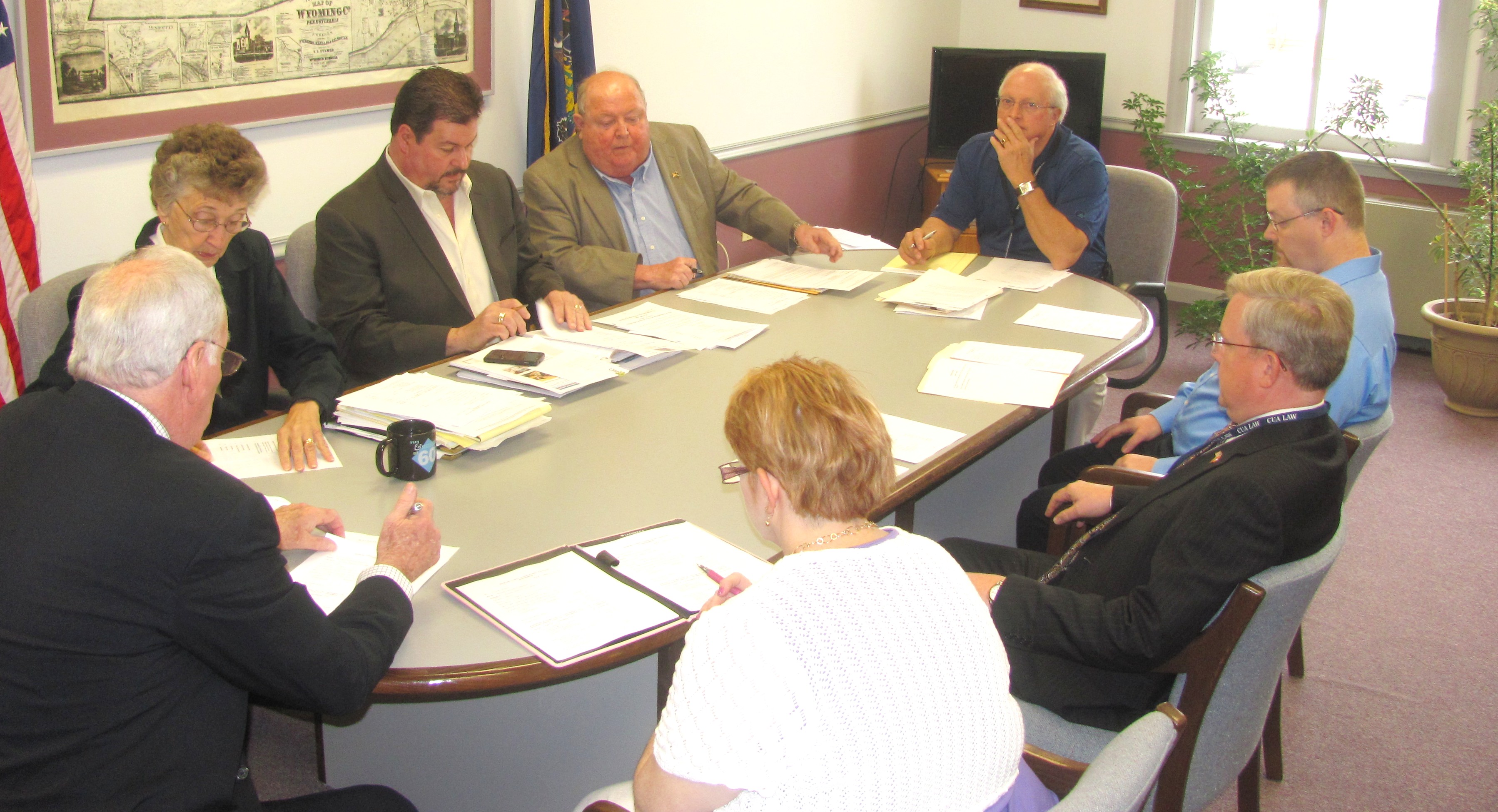 The morning sun rises over the Wyoming County Prison in Tunkhannock on Tuesday morning. At a nine o’clock meeting, the Wyoming County Commissioners passed a resolution marking May 4 to 10 as Corrections Employee Week. The facility is one of 65 country prisons and jails in the state.

Even as the inmate population at the Wyoming County Prison creeps back toward maximum capacity, the County Commissioners today gave the staff at the prison high marks and issued a proclamation marking Corrections Employee Week – May 4 to 10 – in Wyoming County.

“The Commissioners are really pleased with the way that things are going at the prison,” Chairman Tom Henry said to those in attendance at the May 6 monthly meeting of the prison board at the courthouse in Tunkhannock.

“We have a good team of dedicated professionals there,” Warden Ken Repsher remarked. “That’s what makes this work.”

Repsher reported that the installation of the new water heaters at the prison had finally started. Concrete pads have been poured for the heavy units which have been put in place but not yet plumbed. Repsher was not sure when that portion of the installation would be completed. A state inspection is slated for Thursday, May 8.

Public attorney and board member Deborah Albert-heise noted that three times as many prisoners received drug and alcohol counseling in March than in the previous month. The Warden’s report indicated seven visits by A.A. counselors and 20 by drug and alcohol concerts through A Better Today. The combined total of the visits was 52 hours. The same report on volunteer visits to the facility noted that there were 22 visits by religious organizations, 13 by G.E.D. Instructors, and 11 mental-health related visits.

There are currently 72 inmates in the prison, including 59 men and 13 women. There were 10 more new commitments in March than releases.

“We don’t have much breathing room,” Repsher conceded.

The board broke from the media and other visitors for an executive session concerning a personnel matter. When the meeting was called back to order, Henry advised the media that a decision had been reached concerning the matter at hand, but the board wanted to be able to notify the individual personally before anything would be announced publicly. 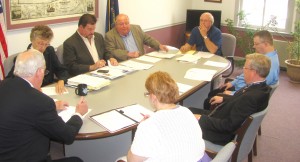