In: Farm Bureau
With: 0 Comments 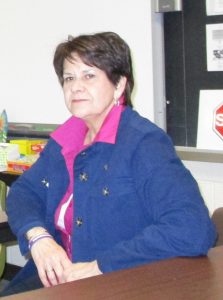 Commissioner Arnold gave Pro-Ag manager Arden Tewskbury, who was not in attendance, ample credit for his tireless efforts to get whole milk back into schools. Barbour remarked that House Bill 2397 was about giving schools the opportunity to choose, “so we can give some milk to the kids that they can actually taste.”

Several in attendance, including Rep. Fritz, have heard reports that students are throwing skim and one-percent milk into the trash. While he and Sen. Baker are supporters of the legislation, which passed the house on April 13 with 196-2 vote, the concern remains that enacting the law might fly in the face of federal regulations.

“You have to have a federal government that is receptive,” Fritz stated. “And rural people have to make some noise.” One of the stipulations as that the milk must be produced, processed, and packaged in Pennsylvania, which is challenging in rural areas that lack processing facilities. There, the milk often travels to and from another state before it becomes available to the public.

Goliash, who noted that Sen. Yaw is on the state’s Agriculture and Rural Affairs committee, added that supporters of the bill should also communicate their willingness to advocate for whole milk to their school districts.

The elements of producing, processing, and packaging in PA were also a key consideration in the PA Farm Bureau’s reversal earlier this year of their position on the OOP pricing strategy that Barbour suggested has outlived the purposes for which it was initially enacted in 1988. Essentially, 16 cents per gallon is added to milk processed solely within the state.

“We see the unfairness of the over-order premium,” Barbour related, adding that the Farm Bureau continues to work with the PA Dairyman’s Association and the state’s Milk Marketing Board to assist with clarification. “We’re not looking at taking any money out of anybody’s pocket,” he maintained. “We’re just trying to make it fair.”

Though the entire panel lamented the reduction of dairy farms to about 40 in the county, commissioner Arnold and Rep. Fritz said that they are encouraged by the diversification of operations of those who want to remain in business.

On the subject of the Ag Conservation Assistance Program, which would be established by the passage of Senate Bill 832, Goliash is continuing to push the legislation. “He is very supportive of being proactive rather than cleaning up the mess afterwards,” she said of stream stabilization efforts and other projects that could be advanced by the legislation. Not only is the bill currently lacking funding, she added, there is skepticism among conservation districts and a need to “find a happy medium.”

Fritz said that he does expect the bill to be passed, but it may take more than one session to get the support and funding secured.

Barbour looked to Fritz for an update on HB 604, of which Fritz is the primary sponsor and one that could substantially reduce the amount of time the PA DEP has to approve permitting for industry and construction. House Democrats are strongly opposed to the measure, which would require the DEP to issue, modify, renew or transfer applicant permits within a 45-day period of time.

“Regulatorily, we’re punitive,” Fritz remarked, noting that members of the Environmental Resources and Energy Committee is looking at other states to see what has worked and what hasn’t. “It would take the onus off the DEP and put it on a licensed engineer. It’s a way of introducing a deadline.” Fritz also expressed an opinion that environmental extremists have infiltrated the DEP at upper levels, and a change of guard is needed.

Goliash added that the people that the media shows opposing such legislation are coming in from outside the area to make noise and protest. “You’ll find that they are not your neighbors,” she remarked.

DeLeon wondered if limiting the time DEP has to sit on a permit application might make Chesapeake Bay goals easier for local landowners to meet, to which Fritz replied that those at the lower end of the watershed are pushing those in the north to send them cleaner water to justify their own challenges at meeting the proposed standards.

Baker agreed, noting that mandated stormwater assessments, also know as the “rain tax,” have already disproportionately affected farmers in Luzerne County. “We’re not there yet, but Susquehanna and Wyoming counties could also be impacted by those assessments,” she stated.

Baker and Fritz addressed the condition of area roads and agreed that few if any representatives from the southern tier of the state fully understand how disproportionate PennDOT funding for road maintenance is between urban and rural areas. “We are being shortchanged consistently,” Baker commented, pointing to a resolution recently adopted by the Senate to analyze the distribution of funds. Money currently goes to interstates before two- and three-digit state roads, she explained. “My hope is that we can change that formula.”

Fritz added that he expects some new projects to be funded by the federal American Recovery Plan (ARP) and the Cares Act, but they will likely take a year or two to get started.